(RNS) — This week, news reports told of a 2-year-old boy who was left at a Mississippi Goodwill donation center with a bag of clothes and a note that said, “His mother cannot care for him anymore.”

Many were quick to blame the child’s mother out of frustration and outrage. That’s a natural response, but I urge you to take a different approach to this boy’s story.

Culturally, we are programmed to hear about an abandoned child and think: He could have been adopted. How horrible of his mother. I would never do that. And in fact hundreds of generous people offered to adopt the 2-year-old boy in question. The love we instinctually feel for a child in need is beautiful, and there’s a small truth here: This child does deserve a loving, safe home and family.

But my question is: Why isn’t our first instinct to find and help his parents so that they can have a chance of providing that to him?

Think for a moment of just how dire this mother’s life circumstances were for her to believe that her only option was to abandon her child. When a parent gives up a child, it’s often an act of desperate love, a hope that their child will have a better chance at life than they have. In a refugee camp in Sudan I once visited, a young mother standing outside of her mud house, on making eye contact with me, held up her baby and begged me to take him with me.

Even in our country, family separation is a devastating reality often caused by circumstances outside of parents’ control.

Children sometimes enter foster care because a crisis at home threatens their safety or well-being. They may have experienced abuse, neglect or been exposed to violence. But the vast majority of kids in foster care come from families navigating poverty, injustice, addiction, medical issues or the unforgiving grind of parents working two to three jobs to make ends meet.

Their parents have often been forced to make impossible decisions. Some have to leave their children at home unattended so they can keep their jobs, pay their bills, keep food on the table and keep a roof over their heads.

Add to that the stressors we’re all facing in 2020: A global pandemic has infected millions of people in the U.S. and shut down businesses, schools and childcare facilities. Thousands have been displaced from their homes by natural disasters like hurricanes and wildfires, and the country is still recovering from the economic recession. Many parents are struggling to cope without a network of support.

Black families are disproportionately exposed to these stressors, which are layered on top of centuries of systemic racism. The entangled roots of systemic racism and child welfare mean that Black children are nearly twice as likely to be put into foster care as white children, a system that did not include them until the late 20th century, at which point they were patched into a system built around and for white children, families and communities. Black children stay in foster care longer, and they are less likely to be reunified with their families or adopted.

Family reunification is the most important goal for children in foster care. Yet, according to the most recent statistics from the Children’s Bureau, the proportion of children exiting care who were reunified with their parents fell to an all-time low at the end of fiscal year 2019. Only 55% of the over 400,000 children in foster care at the end of fiscal year 2019 were seeking family reunification, and just 47% of the children who exited foster care achieved it.

How should we respond when confronted with the fact that thousands of families were separated this year not because parents failed their children but because broken systems did?

We can start by acknowledging the complex challenges that have overwhelmed families and left them in a desperate state with few good options. Then we must help parents get the support they need for a second chance at staying together with their kids. Separated families can be reunited and restored.

We must remember that we’re meant to be Jesus’ hands and feet, not the savior himself. While there is family brokenness in the world, we as Christians are called to enter into the mess and work to restore families to health and unity. We are called to provide a network of support for these families — not break them apart when they have the opportunity to thrive.

Christian churches have long championed adoption, and that’s a good thing. But followers of Jesus should also come alongside struggling families, helping them stay together and flourish so that adoption isn’t needed. It’s not an either/or proposition but a both/and. Adoption and family preservation are two sides of the same coin. 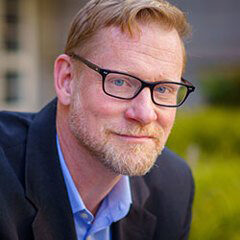 God’s plan is for children to thrive in a family, ideally their strong and stable biological family. Reunification provides a path toward healing and belonging for children and families.

We can celebrate children finding permanency with adoptive families. But we must also celebrate families who stayed together.

(Chris Palusky is the president & CEO of Bethany Christian Services. The views expressed in this commentary do not necessarily reflect those of Religion News Service.)

Opinion
Helping our Afghan neighbors is our only option

News
Supreme Court rules in favor of Catholic foster care agency, in narrow win for religious rights
Follow us on Facebook!
Submit your photos to RNS