(RNS) — Among the hodgepodge of legislative loose ends that made their way into the $900 billion spending bill passed by Congress on Monday night (Dec. 21) was a significant update to the 18-year-old Tibetan Policy Act, strengthening U.S. support for Tibetan autonomy and religious freedom for followers of Tibetan Buddhism around the globe.

The new legislation, called the Tibetan Policy and Support Act, appears deep in the 5,000-plus-page bill now awaiting President Donald Trump’s signature and has drawn attention for weighing in on the current Dalai Lama’s reincarnation, one of the few instances the Buddhist concept has been mentioned in U.S. law.

The unaccustomed religious language, however, is not an example of American legislators “pontificating on the Tibetan religion,” said Bhuchung K. Tsering, vice president of the International Campaign for Tibet, which helped congressional leaders frame the legislation. Rather, the clauses on reincarnation are aimed at preserving Tibet’s cultural and political distinctiveness.

By adding new provisions to the 2002 Tibet act, the new bill “institutionalizes” two decades of developments in U.S. policy on Tibet, Tsering said.

Like much else in the massive spending bill, the TPSA began as an independent piece of legislation but was added into Monday’s legislation after languishing on Capitol Hill due to the reduced legislative schedule caused by the COVID-19 pandemic.

The most significant provision of the TPSA instructs the State Department to deny China any new consulates in the United States until a U.S. Consulate is established in Lhasa, the Tibetan capital. 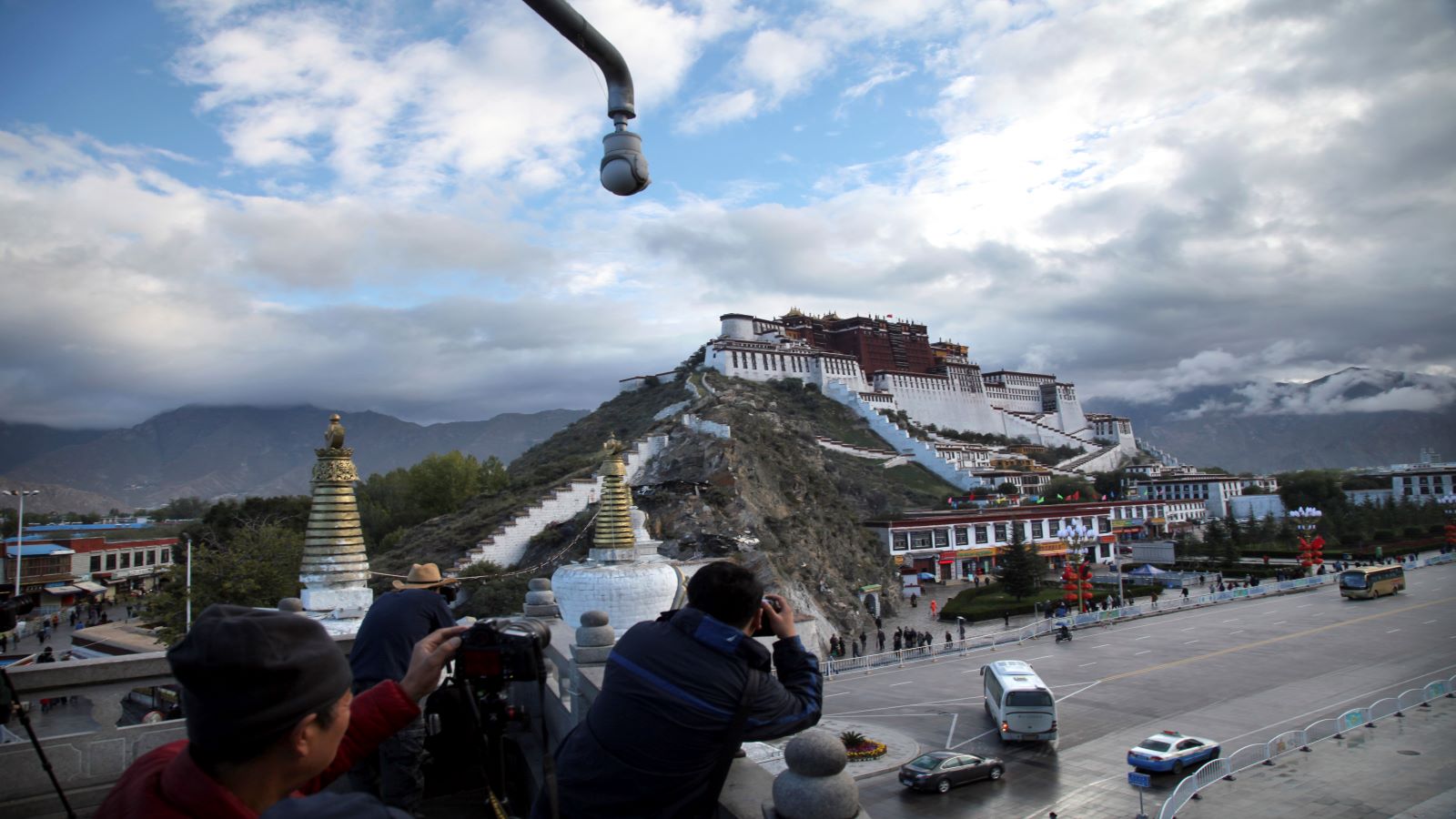 In this Sept. 19, 2015, file photo, tourists take photos of the Potala Palace beneath a security camera in Lhasa, capital of the Tibet Autonomous Region of China. (AP Photo/Aritz Parra, File)

It also addresses environmental issues, advocating in particular for Tibet’s water security after China restricted the flow of key rivers in recent years.

The bill’s concern with reincarnation is similarly aimed at reining in Beijing. Traditionally the successor to the Dalai Lama has been determined by a group of disciples close to the previous holder of the title, who seek the reborn person of the Dalai Lamai after his death. But the Chinese government has indicated it may name its own Dalai Lama, in hopes of controlling his statements and teachings.

In 1995, the government kidnapped the second highest Buddhist spiritual figure, the Panchen Lama, when he was 6. He and his family have not been seen since.

The new TPSA provides for sanctions on Chinese Communist Party officials if they attempt to name a successor to the Dalai Lama, and it urges international coordination to quash recognition of any Dalai Lama picked by Communist Chinese leaders.

But Tsering said the impact of the new bill goes beyond threatening gestures. Americans have long been interested in Tibet, he explained, but the growing constituency of Tibetan Buddhist believers, including immigrants from Tibet, has given the U.S. more standing to object to how China treats Tibet.

China has long fended off outside criticism of its treatment of Tibet by claiming it was a domestic matter. “What this bill is now saying,” Tsering said, “is that Tibet is very much an American issue.”