(RNS) — The Rev. Dwight McKissic, the Black Baptist pastor who has successfully pushed his denomination, the Southern Baptist Convention, to issue resolutions criticizing the Confederate flag and to condemn white supremacy, is pulling his Arlington, Texas, church out of one of two of his state’s SBC-affiliated conventions.

McKissic is not the first Black pastor to make a move in the wake of SBC leaders’ recent statements about critical race theory, an academic framework that examines how systemic racism operates. Charlie Dates, another Texas pastor, recently announced his departure from the national body, following other Black Southern Baptist ministers. But McKissic, who said he would maintain his ties with the Baptist General Convention of Texas while leaving the Southern Baptists of Texas Convention, is also among the influential Black leaders in the denomination.

McKissic said that a fall statement from the SBTC sparked his decision. “(W)e the messengers to the Southern Baptists of Texas Convention, meeting in Austin, Texas, November 9-10, 2020,” reads the statement, “will advance biblical language and avoid promotion of Critical Race Theory and Intersectionality, and other secular ideologies.”

A few weeks later, the SBC’s six seminary presidents declared that critical race theory was incompatible with their denomination’s faith statement. After an early January meeting with Black Southern Baptist leaders, the seminary leaders, all of whom are white, acknowledged “the pain and confusion that resulted from a lack of prior dialogue.”

Besides the Baptist General Convention of Texas, McKissic and his predominantly Black church, attended by some 1,400 prior to the pandemic, remain affiliated with the National Baptist Convention, USA, a historically Black denomination as well as the Southern Baptist Convention. The BGCT, the older and more progressive of the two state conventions, did not pass any resolutions in 2020. 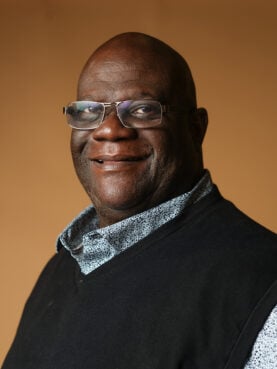 McKissic, 64, talked with Religion News Service on Thursday (Jan. 21) about why he’s leaving the Southern Baptists of Texas Convention and what he thinks could lie ahead for the nation’s largest Protestant denomination.

Why did you decide to leave the Southern Baptists of Texas Convention?

At their annual state convention, the Southern Baptists of Texas Convention passed a resolution, essentially denouncing critical race theory. Having some limited understanding of it, I could not embrace where the SBTC was on that question so I’m no longer compatible with them and made the decision that we need to disengage from them. As a matter of fact, I got the confirmation today they received our letter.

The Southern Baptists of Texas Convention’s definition of critical race theory says, in part, “Critical Race Theory is the secular view that the law and legal institutions are inherently racist.” Do you agree with that definition?

I agree that racism historically and the residue of that currently affect all sectors of American society. The DNA of racism is a part of our legal documents. And, yes, I would agree residual effects of racism are evident or can be found in all aspects of American life, including the Southern Baptist Convention.

Is there some other way that you yourself define critical race theory?

Why has the SBC been integrated since the early ’50s, allowing Black churches in, educating Blacks in college and seminaries, but never in 70 years hired a Black man who has applied for all of these jobs of their different entities? No Hispanic, no Asian or no Black, no matter how many apply, gets hired. Critical race theory is designed to answer the question, Why is that?

They would say, ”That’s not intentional racism. None of the people who were Black qualified.” Critical race theory is designed to say “Not so. So, let’s look at why is this and, how we can change that?” But you can apply that same principle to corporate America, all aspects of America.

How do you feel about Southern Baptist Convention seminary presidents saying they will not allow critical race theory to be taught on their campuses?

I feel that’s suicidal in terms of recruitment of Black students and Black professors. I love Southern Baptist Seminary (in Louisville, Kentucky). I love Southwestern Baptist Seminary (in Fort Worth, Texas) in particular. I think you can still get a very solid theological ministerial education at a Southern Baptist seminary. However, that statement places the issues of race and how it’s communicated on their campuses solely, a hundred percent, in the hands of white males to make a decision. Very unwise. Who determines whether or not a professor steps out of the bounds based on what he or she would say about race? That will always be a white male. The implications of that are staggering.

You have said that the statements that the seminary presidents made could have implications for churches, and African-American Southern Baptist churches in particular. What do you see as the biggest implication?

So, what are the implications if a Sunday school teacher, or a Black Baptist preacher, or anybody — (Bible teacher) Beth Moore for that matter, says something in the pulpit that somebody finds crosses the critical race theory line. Who throws the red flag and holds them accountable? My fear is we don’t know how this is going to be used. Whose definition of critical race theory are you going by? Who determines when you cross that line? Who draws that line? Who holds you accountable?