(RNS) — Faith-based organizations are celebrating the creation of a task force to help reunite separated children with their families.

Those same organizations had been involved in caring for children separated from their parents at the United States-Mexico border under the Trump administration’s “zero tolerance” policy.

“As my grandfather would say, by the grace of God and goodwill of neighbors, we’ll reunite these children and reestablish our reputation as being a haven for people in need,” Biden said as he signed the orders at his desk in the Oval Office.

The newly created task force will work “across the U.S. government, with key stakeholders and representatives of impacted families, and with partners across the hemisphere to find parents and children separated by the Trump Administration,” according to a written statement from the White House.

In a written statement, Lutheran Immigration and Refugee Service President and CEO Krish O’Mara Vignarajah called it “a monumental first step in addressing the imperative question of how we make these families whole again.”

LIRS was one of two faith-based organizations that assisted the government in reuniting more than 1,100 families over about five weeks at the height of the 2018 family separation crisis, according to LIRS. The other was the U.S. Conference of Catholic Bishops.

The two did that work pro bono — “on a charitable basis,” according to a joint report they released in October 2018. 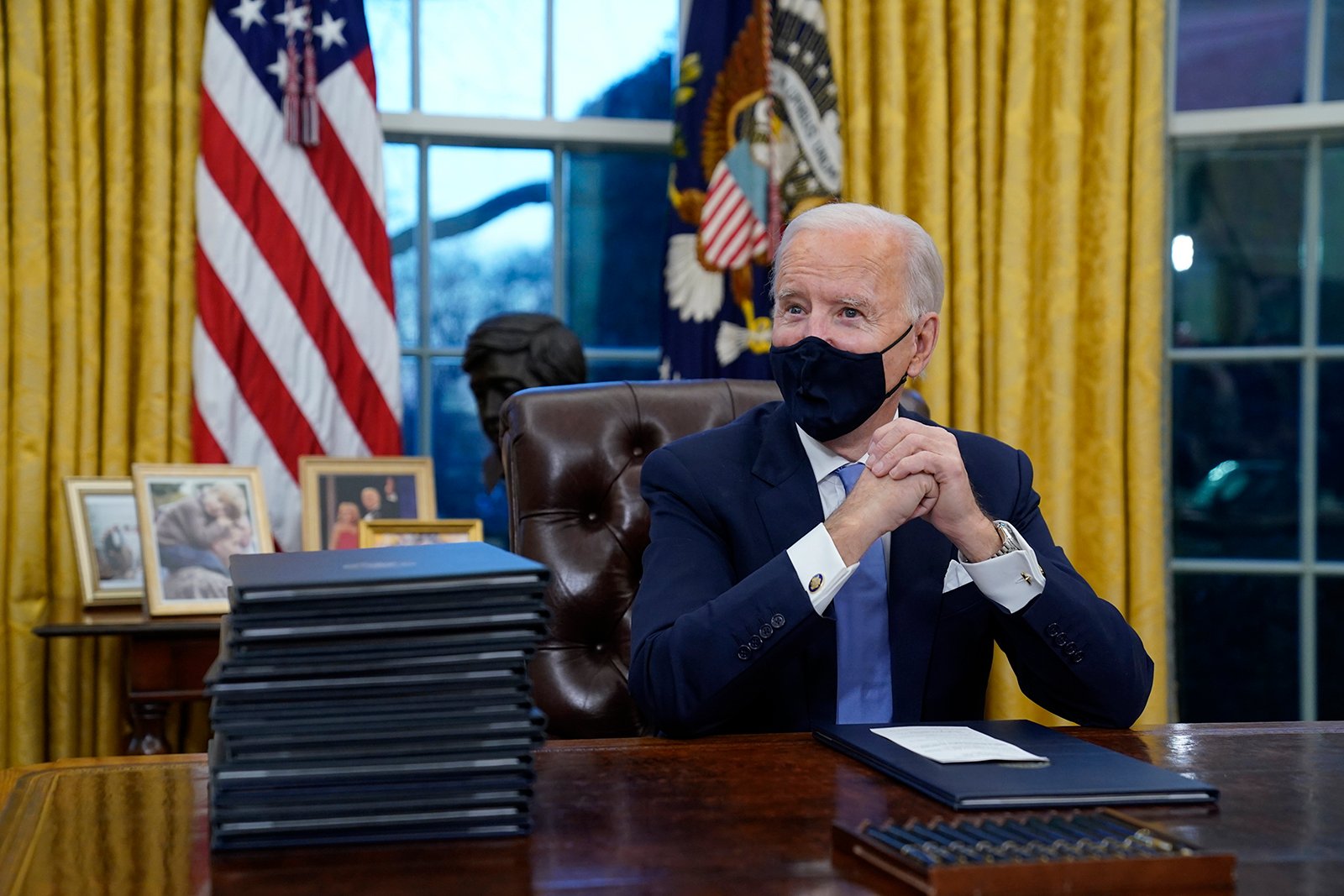 While LIRS and the USCCB both have reunited all the children who were in their care with family members, lawyers still have not been able to reach the parents of 666 children who were separated from their families, according to NBC News.

“Our child welfare experts saw both the irreparable damage of separation, as well as the unbridled joy of reunification throughout our work reuniting more than 1,100 children with their parents. We hope and pray to witness once again the relief and comfort of 600 more reunions that should have happened years ago,” Vignarajah said.

“This undertaking will require hard work, but a high-profile interagency taskforce demonstrates the Biden administration’s commitment to righting this egregious wrong.”

That work will include making recommendations to the president and federal agencies on steps they can take to reunify families and to prevent such tragedies from occurring again, according to the statement.

LIRS does not expect to be part of that task force, according to Timothy Young, a spokesperson for the organization.

However, one of its affiliates, Bethany Christian Services, has been part of previous conversations with the Biden transition team, according to Nathan Bult, Bethany’s senior vice president of public and government affairs. Those conversations have included the importance of — and Bethany’s support for — reunifying families, Bult said.

One thing the Biden administration can do to prevent something like this from happening again is to employ child protection social workers at the border, he said.

Bethany also hopes the Biden administration will consider legal status for those families, including the kind of legal representation and case management services the organization provided to some during the family separation crisis, he said.

“To make these families whole again, it’s not just about reunifying families or, you know, providing relief from deportation, but it’s also about righting the wrongs and making sure that they can start a new life on the right foot,” Bult said.

“These people have severe trauma — adults and children alike. We really, really are hopeful to see legal services, social services, mental health services, to ensure that they are able to deal with a lot of this,” Feasley said.

Feasley also hopes the task force will investigate what happened and put systems in place to prevent any unnecessary separation for the health and welfare of a child, she said. She hopes it will partner with organizations both in the U.S. and in Central America that are working to find the families of these children.

And, she said, she hopes it will put resources behind organizations, such as the USCCB, that have been doing that work without any federal funding.

“We welcome the creation of a task force on the family separation issue, particularly because there still are families who are separated, and then for those families who’ve been reunited the damage and the trauma lingers and persists,” she said.