(RNS) — Dallas churches and other faith groups have teamed up to help open an emergency warming center for the homeless at the city’s Kay Bailey Hutchison Convention Center.

Freezing temperatures and a rare major snowstorm caused power outages affecting millions of residents of the Lone Star State, leaving many without power or heat as temperatures plunged.

Some communities urged residents to boil water before drinking, and Texas officials are not sure when power outages will end, according to local news reports from Dallas. The Weather Channel reported 17 people had died due to the storm.

The Rev. Wayne Walker of OurCalling, a Dallas-based homeless ministry, said his organization had been providing shelter at its building but became too crowded during the deep freeze. There was not enough space for people to stay warm while still keeping socially distanced.

One Dallas homeless shelter, where about 250 people were staying, temporarily lost power due to the storm, reported The Dallas Morning News. The city has also been relying on local hotels to provide winter shelter for the homeless during the pandemic. 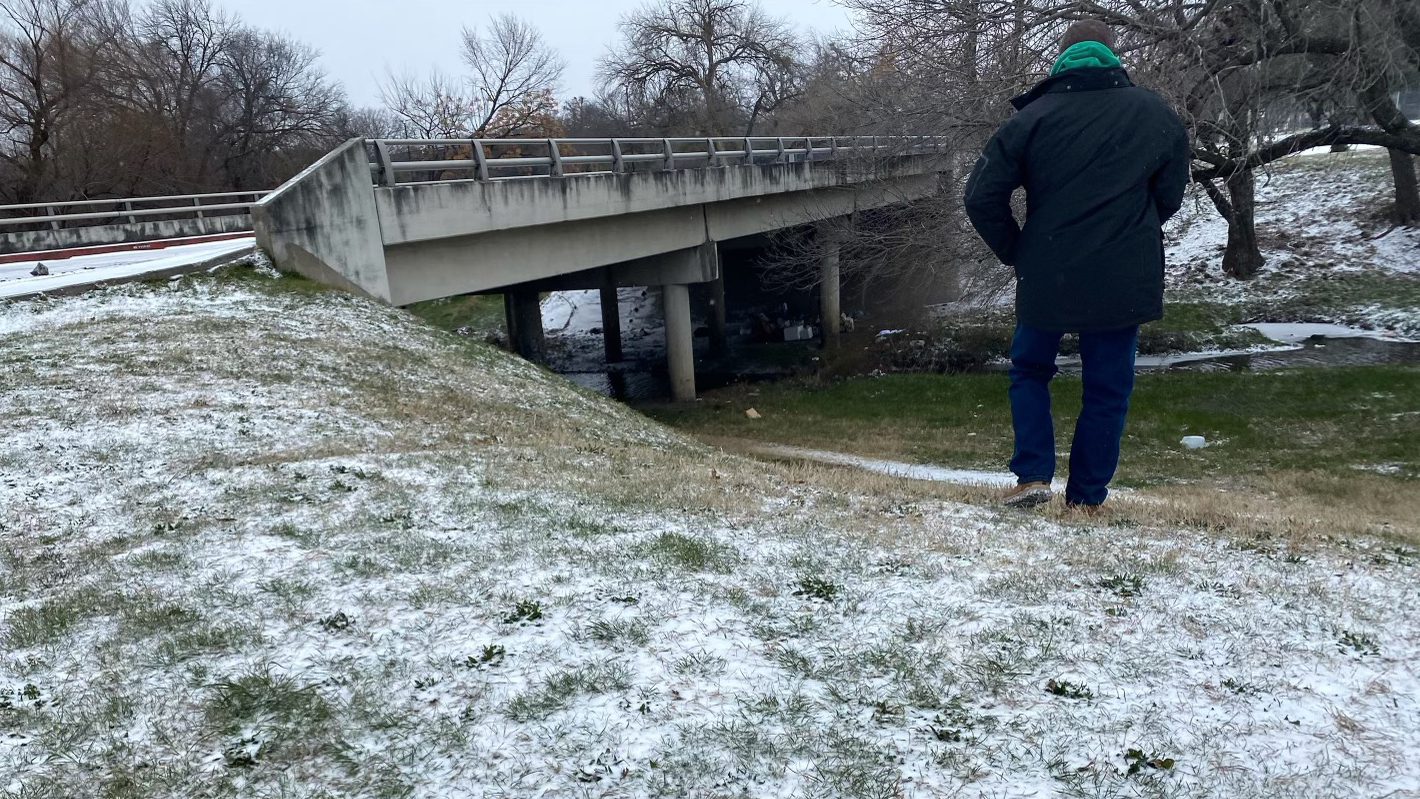 A man checks on a homeless encampment below a bridge in Dallas. Photo courtesy of Ali Hendricksen/OurCalling

The city of Dallas passed an ordinance last November that allows churches to open as emergency shelters during freezing temperatures. But the continuing pandemic has made that difficult, leading to the decision to open the convention center as a warming station last week.

Walker said his organization is helping staff the shelter, working 16-hour days and staying at a downtown hotel near the convention center. His family is also volunteering while some friends from church, who had lost power, stay at their house.

The first night the center was open, about 100 people showed up, said Walker. On Tuesday (Feb. 16), he expected more than 600 people. Everyone who comes to the shelter is given a COVID-19 rapid test. Those staying at the center are asked to social distance. Cots are unloaded for an emergency warming center at Kay Bailey Hutchison Convention Center in Dallas on Feb. 15, 2021. Photo courtesy of Ali Hendricksen/OurCalling

“The people keep coming,” he said. “I just talked to a mom who had six people in her house and they had no heat. She said it was warmer outside than in their house.”

He said the Salvation Army, Oak Lawn United Methodist Church and other faith groups have arranged for meals and other supplies. OurCalling is also collecting donations through its website.

“I don’t want people to go to Walmart and buy supplies and try to bring them to us,” he said, citing freezing conditions and treacherous roads. “That’s not very wise.”

Walker said he is glad to be able to lend a hand.

“We’re able to show people grace and mercy from the hands of Christ,” he said.

The frigid temperatures have also caused hardship at a refugee camp just across the Texas border in Matamoros, Mexico, where hundreds of migrants are waiting to apply for asylum in the United States. Volunteers from Catholic Charities of the Rio Grande Valley have brought blankets, jackets and sleeping bags to the camp, according to Border Report.

“We tell them the best way is to bundle up and be inside their tents that are freezing,” Sister Norma Pimentel told Border Report.

Alma Ruth, the founder of the Texas-based Practice Mercy Foundation, visited the camp this week and posted a video of the shelters that many refugees are living in at the camp. The shelters are tent-like structures, covered in plastic. 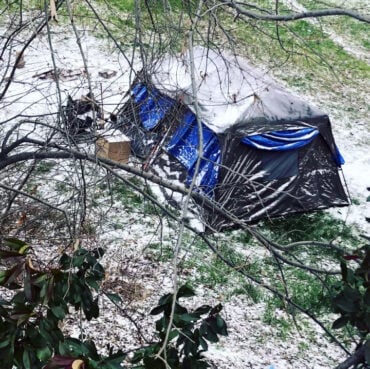 “This is unacceptable,” said Ruth, an evangelical missionary, in a video posted to her Facebook page. “I want you to first pray that the Lord will speed the process so they can apply for asylum  in the United States.”

One of the largest congregations in the country, Lakewood Church in Houston, has also opened its doors to serve as an emergency shelter.

“If you need a warm place to stay, Lakewood is open.” pastor, author and televangelist Joel Osteen said in a Twitter invitation.”

Hundreds arrived last night & more today due to power outages. Staff & volunteers are on site ready to help. We have beds, blankets, a hot meal and supplies for those in need. Stay safe, continue to pray for Texas.