(RNS) — The storming of the U.S. Capitol brought renewed attention to the threat of far-right and white supremacist groups in the nation, prompting the Biden administration to consider applying counterterrorism focused programs that have for years targeted Muslim communities.

Many in the Muslim American community are expressing ambivalence about this shift. “Countering violent extremism” — a phrase that emerged in the decade after 9/11 — is defined by the U.S. Department of Homeland Security as “proactive actions to counter efforts by extremists to recruit, radicalize, and mobilize followers to violence.”

“We are against equal opportunity surveillance,” said Fatema Ahmad, executive director of the Muslim Justice League. “CVE perpetuates the criminalization of people, violence and police surveillance. Some in the Muslim community may feel this is sweet, sweet revenge against a group that has long targeted others, and I get that. Yet, this approach won’t solve anything and may make things worse.”

But Imam Ahmad Alamine, who heads the Indianapolis Muslim Community Association and is a chaplain with the Indianapolis Metropolitan Police Department, called the new emphasis on far right groups “a positive development” that will allow a community that has been on the other side of CVE, and that is often attacked by far right groups, to share its resources and experience.

CVE programs take various forms but often uses a community-based approach involving stakeholders outside of traditional law enforcement, instead recruiting businesses, civil society groups and faith groups to work with the government to confront problems before they arise. In recent years, some experts have used the term preventing violent extremism to avoid some of the negative connotations of the CVE term.

Opponents of such programs say CVE efforts achieve little beyond the surveillance, marginalization and stigmatization of targeted groups.

Under former President Donald Trump, federal funding was initially cut for programs targeting right-wing extremists, a policy criticized by then-Sen. Kamala Harris. During the 2020 presidential campaign, Elizabeth Warren and other Democratic contenders crafted explicit policies to refocus CVE on white nationalism. The Capitol attack only reinforced the change in focus. 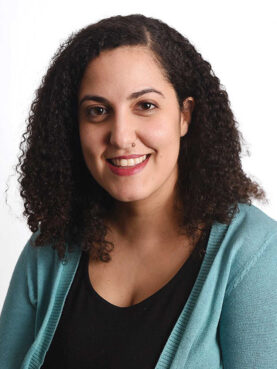 Ahmad said she recognizes the need to respond to the assault, but it hasn’t changed her mind about CVE’s downsides. “It was disturbing to watch this unfold,” she said. “It was a moment of fear — justified fear. Yet knowing that this event would ultimately create more policing and more surveillance was really uncomfortable.”

The Muslim Justice League was formed in 2014 in Boston, which was one of three cities, along with Minneapolis and Los Angeles, where the Obama administration launched CVE as a pilot program in 2011.

A $500,000 program designed to allow young Somalis to hang out with Boston police officers, Ahmad said, is an example of the program’s wastefulness. With 90% of Somali Americans in Boston living in public and subsidized housing, she said, “we need to move the money away from systems of violence to housing, education and jobs.”

The same is true of those at risk for being radicalized by white supremacists, she said. Ahmad grew up in the Appalachian city of Cumberland, Maryland, where she knew people who later joined neo-Nazi groups. For many, military service or working in the local prison are the only employment options.

“I know what it is like to grow up in a place where there are no jobs, and the school system isn’t working,” said Ahmad. “Sending (someone) to my old high school to talk some kid out of harassing a young Muslim girl like me is not a sustainable model that can work,” she said.

Ahmad also worries about a new round of funding for the Department of Homeland Security’s Targeted Violence and Terrorism Prevention Grant Program, which directed money to small towns and rural communities where CVE programs may get less oversight.

CVE programs are almost certain to continue in some form, but supporters say that they need to be structured so that no group feels as if it is being targeted.

“President Biden’s new policies will offer more nuance with such programs regarding ethnic-based violent extremism or ideological extremism,” said Muhammad Fraser-Rahim, who worked on CVE programming in the Obama administration. He supports the Biden administration’s approach, which he said will emphasize science and fact-based research.

But, said Fraser-Rahim, “such programs should never be about a singular group. They should be agnostic.”