(RNS) — An Ohio woman and a Missouri man who took sanctuary in churches to avoid deportation have been allowed to leave.

Miriam Vargas, who along with her two children has been living at First English Lutheran Church in Columbus, Ohio, was granted an “order of supervision” by Immigration and Customs Enforcement on Tuesday (Feb. 23), meaning she will not be subject to deportation for the time being.

And Rene “Alex” Garcia Maldonado, who had been in sanctuary at Christ Church United Church of Christ in Maplewood, Missouri, a suburb of St. Louis, was told by ICE that he was no longer a priority for deportation after U.S. Rep. Cori Bush introduced a private bill in Congress on Monday that would allow him to remain in the U.S. permanently.

A private bill is a piece of legislation affecting a single person that would grant that person permanent residency, or a green card.

Both Vargas and Maldonado are natives of Honduras.

Their departures bring to four the number of people living in church sanctuary who have left since the inauguration of President Joe Biden. Last week, Edith Espinal, a Mexican native and mother of three, who had been living at the Columbus Mennonite Church since 2017, was allowed to go home. In January, Jose Chicas, who had been living in a church-owned home in Durham, North Carolina, left with his wife and son for Raleigh.

The four are the latest beneficiaries of new Biden administration guidelines that restrain ICE from arresting and deporting undocumented immigrants who do not pose a threat to public safety.

Dozens of undocumented immigrants fled to churches in the wake of the Trump administration’s harsh immigration crackdown. About 34 remain, according to Church World Service, which has tracked the publicly known cases. Many have lived on church grounds for upward of three years, forming what is sometimes called the “New Sanctuary movement.”

The two women who have left were issued an “order of supervision.” The order is an indication ICE does not intend to detain or deport an individual during a set period of time, as long as the individual complies with certain terms and conditions, said David Bennion, a Philadelphia immigration lawyer. An immigrant issued such an order can typically apply for, and receive, a work permit.

The order does not permanently resolve a deportation case.

Chicas left the church-owned home in Durham that he had been living in as soon as Biden ordered ICE to pause deportations on Jan. 20, and without an order from ICE.

Maldonado, who is known as Alex Garcia, has been living at Christ UCC for 3.5 years.  He is not the first person living in church sanctuary to have a member of Congress sponsor a private bill on his behalf.

Rep. Joaquin Castro of Texas introduced a private bill that would rescind a deportation order and help grant legal status to a woman who has been living in a Presbyterian church in Texas. 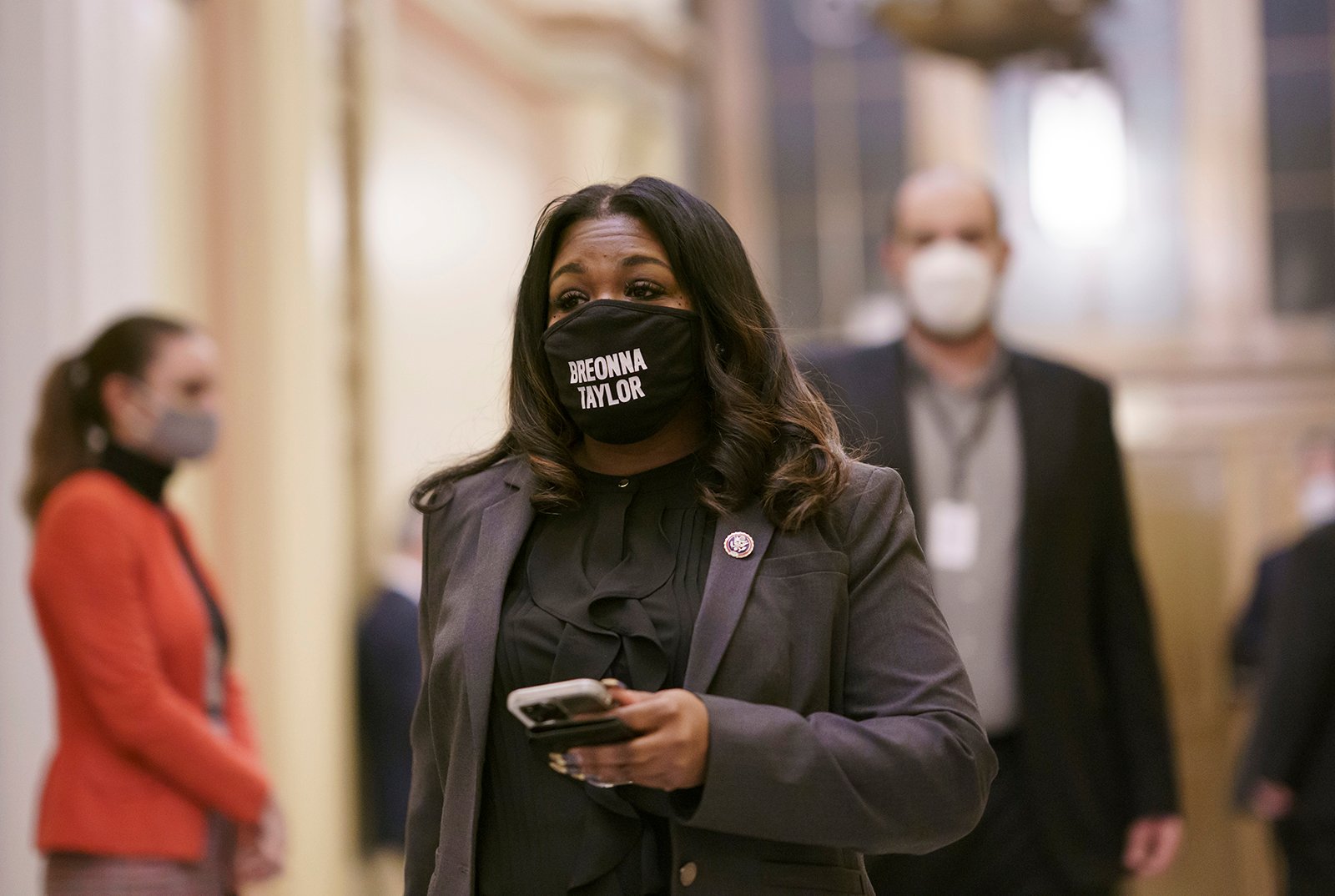 In this Feb. 4, 2021, file photo, Rep. Cori Bush, D-Mo., arrives at the House chamber at the Capitol in Washington. Bush, a St. Louis Democrat, filed a private bill Feb. 22, 2021, that would grant permanent U.S. residency to Alex Garcia Maldonado, a Honduran immigrant who has lived inside a suburban St. Louis church since 2017. Private bills provide benefits only for the specified individual and are rare. Bush said only four have passed over the past 14 years. (AP Photo/J. Scott Applewhite File)

Both measures have good chances of passing with Democratic control of Congress. Even if the bill is not signed by the president, Maldonado can lawfully remain in U.S. until the end of the 117th Congress. Bush said four private bills have been signed since 2007.

“I miss spending time with my family outside the church walls,” Maldonado said at a news conference arranged by Bush. “It has been very hard watching my babies grow and learn without me being by their side.”

Maldonado is married and has five children, all U.S. citizens. He has lived in the U.S. for 14 years.

Vargas has two children. The family of three has lived at the Columbus church for 31 months. Although she is now free to leave the church grounds, she will need to find housing, said Sally Padgett, pastor of First English Lutheran Church.

“Hopefully within the next couple of weeks they’ll find a place and move in,” said Padgett.

Hosting Vargas and her children has been a positive experience, the church pastor said.

“It opened the church up to meeting a lot of different people,” Padgett said. “It’s been a really good experience, though heart-wrenching for Miriam.”

Noel Andersen, grassroots coordinator for Church World Service, said many of those living in church sanctuary took leadership roles in advocating for their release.

“The organizing work these prophetic Sanctuary leaders have done over the last several years has moved forward the larger effort to treat all immigrants with dignity and respect, but there is still much work to do,” said Andersen in a release. “We will continue to work to ensure every person claiming Sanctuary can find liberation and protection as part of the growing movement to stop deportations and keep families together.”

RELATED: Their hopes dashed by a Texas judge, immigrants living in churches wait for a reprieve

Religion Hub
Why some younger evangelicals are leaving the faith 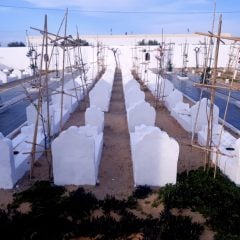 Living Religion
For Indian American Hindus, loving India doesn’t mean holding back our criticism
Follow us on Facebook!
Submit your photos to RNS