(RNS) — An Oklahoma parole board has voted to grant Julius Jones, an inmate who has been on death row for two decades, an additional hearing to determine if he should gain clemency.

The Justice for Julius campaign, a group that has been advocating for his release, announced Monday (March 8) on its Instagram account that the Oklahoma Pardon and Parole Board, by a vote of 3-1, advanced Jones’ case to a “stage two” hearing.

“We are thrilled that the Board has agreed to consider the growing body of evidence that Julius is innocent, and convinced that any fair and impartial review of the facts of the case will result in the commutation of his sentence and his release from prison,” said Dale Baich, Jones’ attorney, in the announcement.

The Rev. Cece Jones-Davis, Justice for Julius’ campaign director, said she was “deeply grateful” for the decision, which comes nearly 20 years after Jones’ 2002 death sentence.

“It has been a long journey for Julius Jones and his family and for all of us who have been standing in support in one way or another,” she told Religion News Service. “I just believe that we’re on God’s side around this. We really are. And I’m excited that this man could have another opportunity to fulfill his destiny.” 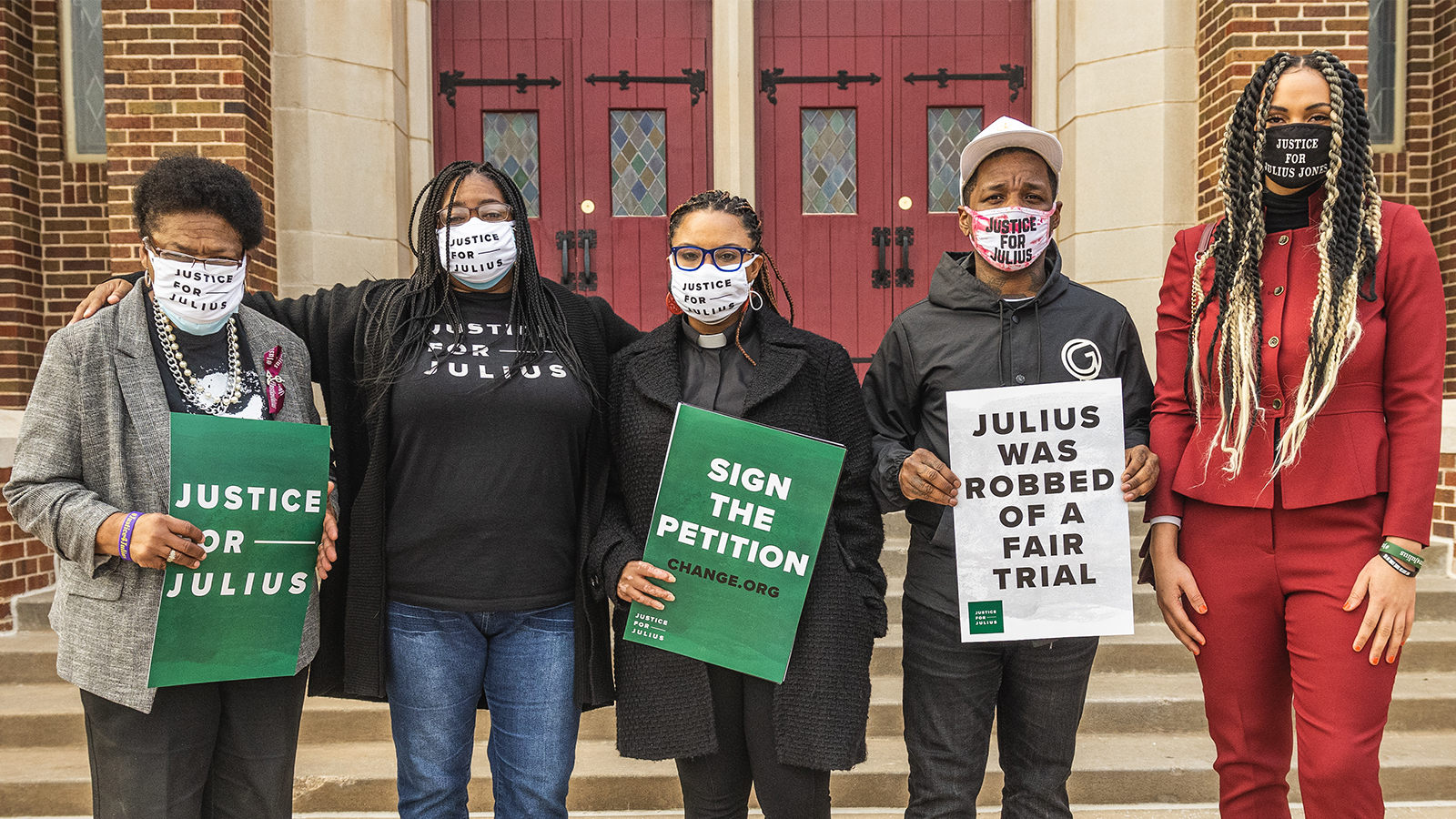 She said Jones, 40, could have a commutation hearing in June, when board members could determine if they will recommend to Oklahoma Governor Kevin Stitt that Jones’ sentence be changed to time served — the coalition’s hope — or to a life sentence.

Jones’ case has drawn attention from faith leaders — including Dallas megachurch pastor and author Bishop T.D. Jakes and Sojourners founder Jim Wallis — who ramped up their support for the inmate as Monday’s hearing neared. Some expressed concern that racism and false testimony may have figured in Jones’ case.

Jones, a Black man, was convicted in the death of a prominent, white Edmond, Oklahoma, businessman who was killed during a carjacking. Two people have signed sworn affidavits, and a third, an inmate in Arkansas speaking via a video released March 1, have said that someone else is responsible for the crime.

In a recent letter to the board, Oklahoma County District Attorney David Prater urged its members to deny Jones’ application for commutation and said the prisoner is “fueling a media circus with outright lies,” The Associated Press reported. Supporters of Julius Jones, who has been on death row in Oklahoma for two decades, march to the offices of the Oklahoma Pardon and Parole Board, Thursday, Feb. 25, 2021, in Oklahoma City, where they presented a petition with over 6.2 million signatures, calling for Jones’ death sentence to be commuted. (AP Photo/Sue Ogrocki)

Jones-Davis, a Christian Church (Disciples of Christ) minister, founded a coalition of supporters for Jones after learning about his case when she watched Viola Davis’ ABC documentary series “The Last Defense,” which featured his story.

The minister, who is not related to Jones, said Oklahomans, including people of faith who took part in a prayer rally about Jones on Feb. 25, eventually became part of a national campaign. Rally participants delivered 6.2 million petition signatures to the board that day in support of Jones.

“I think that the 6.2 million is really an amazing testament to the power of the people,” said Jones-Davis, who added that she hoped the petitions influenced the four-member board. “The 6.2 (million) lets them know that we’re watching, that we care, that the eyes of the country are upon them.”