(RNS) — Nadirah Pierre represents a new generation of Muslim comedians in America who found their voice not on the nightclub circuit or on comedy sketch shows but through social media. With more than 80,000 Instagram followers, @nadirah.p is one of the larger Muslim American accounts on social media.

However, it is her raw comedy that has helped propel her to success. Relationships, marriage, body positivism, COVID-19, wearing a headscarf and other potentially sensitive topics are all fair game for her outspoken style and bold videos.

“Testing my Islamic knowledge is not flirting, I will embarrass you,” she chides potential suitors in one post. Like most social media influencers, her content includes a mix of memes, videos, product reviews and travel-related content.

The 24-year-old Haitian American never dreamed of being a comedian — much less a social media star. Yet, despite her having started only three years ago, her social media following across platforms is bigger than other, more established Muslim comedians, including some of the stars of the Hulu television show “Ramy” about the experiences of an Egyptian American Muslim. The show’s New Jersey setting has particular resonance for Pierre, as she is a native of the Garden State. Pierre has posted reaction videos to each and every episode of the show’s two seasons.

Earlier iterations of Muslim comedians have had a less direct route to building a fan base — let alone one within their own faith community. David Chappelle rose to prominence by largely avoiding discussions of his Muslim faith, and it never features in his comedy or stand-up. Only in the last decade have nationally prominent Muslim comedians emerged — such as Hasan Minhaj and Mohammed Amer — who have been willing to discuss their faith. Fewer still are Muslim women. By building her audience through social media, Pierre has been able to build a largely Muslim fan base, allowing her to perform a style of comedy she is comfortable with.

“Seeing myself as a social media influencer, as a YouTuber, embracing that identity took some getting used to,” she said in an interview with RNS. 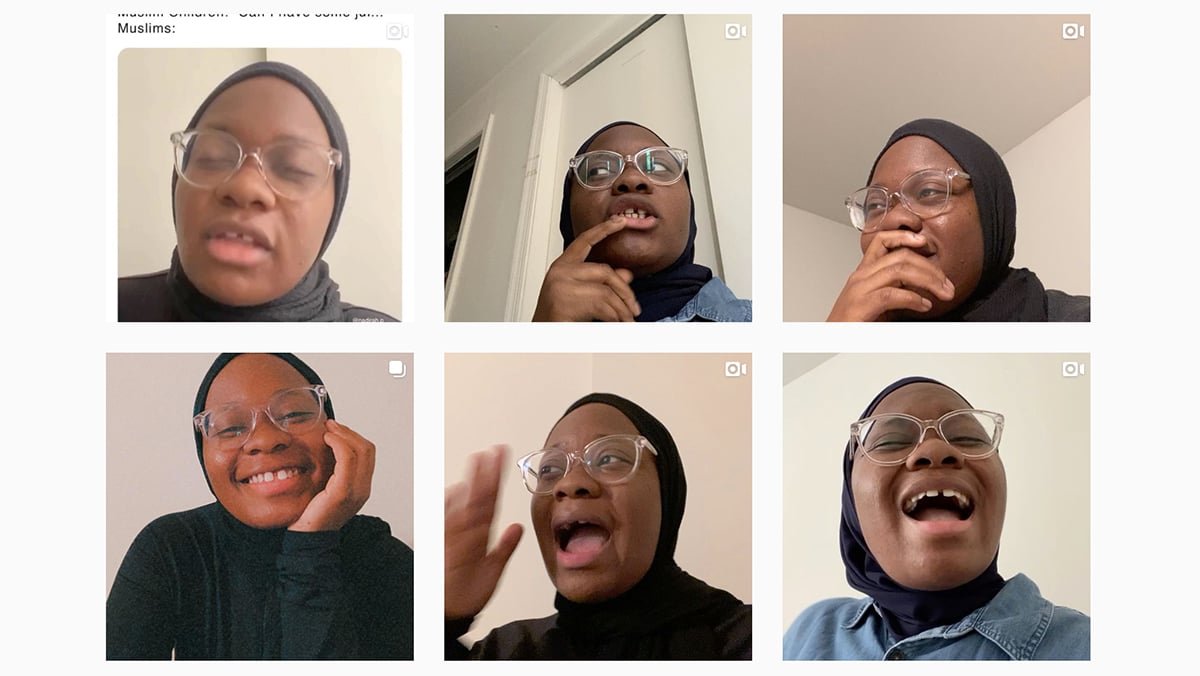 In fact, her foray into the comedy and social media world was almost unintentional. Her Instagram account was initially private and only open to a few trusted followers. As a school project, she developed a comedy skit for a Black studies course about Black Muslim men and their approach to women. She posted it online, and the video struck a chord. Scrolling through her feed days later, she saw the skit reposted publicly and 600 friend requests for her Instagram account. Pierre leaned into her newfound celebrity slowly, only deciding three years ago to focus on comedy and social media as a career. Her success speaks to her ability to overcome the racial prejudice, misogyny and Islamophobia inherent to some comedy, she said.

“Being in some spaces as a comedian can be challenging, and being a Muslim in some comedy spaces offers its own challenges. There is misogyny as well. I was asked if I could do a set from behind a screen so the audience wouldn’t see me or if I can send a script for approval. There are all sorts of microaggressions I have to navigate in this space, including being offered less money than non-Muslims for the same performance,” she said.

Pierre refuses to be pigeonholed, saying she doesn’t want to be put in any boxes or used as a trope to suggest diversity. She uses profanity when she needs to in her routines and wears a headscarf. She also draws on the examples of fellow Black Muslim women who are social media influencers, like Zainab Johnson, a stand-up comedian, and actor Travina Springer.

Pierre scored her first stand-up gig for a Nation of Islam fundraiser three years ago, which involved a paid trip to Atlanta where she performed a 15-minute set, one she had written just that morning. It was a big hit with those in the audience and some in her social media base who attended the show to support her.

She since has performed to diverse audiences in a number of venues on the East Coast. And, if not for the COVID-19 pandemic, she would have completed her first international show in the United Kingdom.

Pierre was born to a Muslim father and a Christian mother in a Haitian American community in which Islam is very much a minority religion; roughly 1% of Haiti’s population is Muslim.

“There really aren’t that many Muslims in Haiti,” says Pierre. “Maybe historically that wasn’t the case, as we know a lot of Muslims were stolen from West Africa and brought there as slaves.”

That original Muslim community left few historical records. One possible exception, which Pierre pointed to in her interview, was the Haitian revolutionary leader Dutty Boukman or “Bookman,” who, revisionist historians have speculated, was in possession of a Quran, hence the literary reference in his name.

While the majority of her social media followers are Muslims, she is increasingly building a fan base among non-Muslims as well. Her account sits at an interesting intersection of Muslim and Black social media worlds.

One Black social media influencer with the username “The Total Tiffany” (175,000 Instagram followers) left the following comment on one of Pierre’s videos:

“I have to be honest it wasn’t until being introduced to you that I’ve ever seen any Muslim woman really speaking using her voice showing her personality and really helping people see who she is … I pray that God gives you a larger platform.” 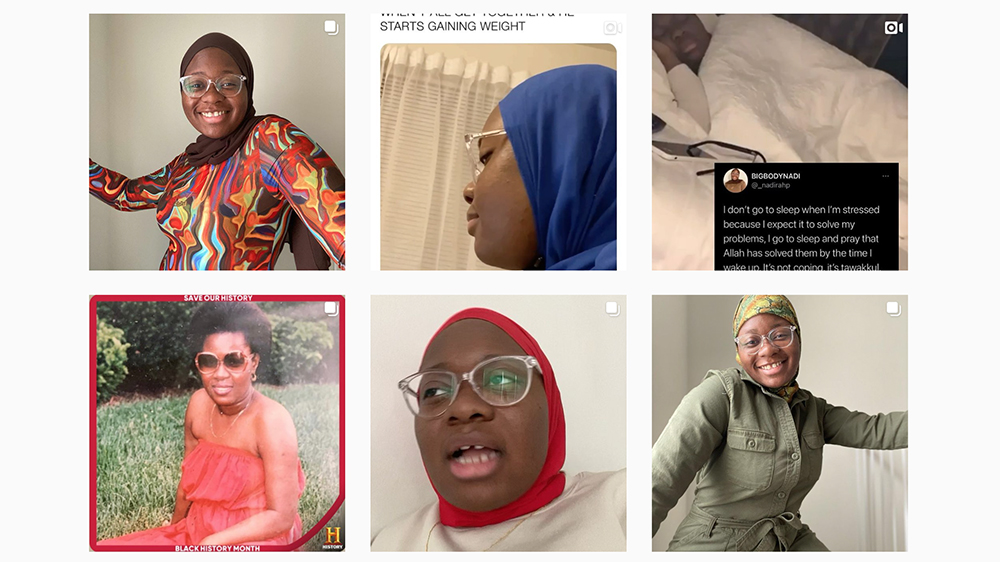