“On Her Knees: Memoir of a Prayerful Jezebel” by Brenda Marie Davies. Courtesy image

(RNS) — There’s now a growing genre of books on Christian purity culture and the damage it can inflict. But probably none is as unflinchingly honest about female sexuality as Brenda Marie Davies is in her new book, “On Her Knees: Memoir of a Prayerful Jezebel.”

Davies, whose YouTube channel and “God Is Grey” podcast draw a large audience of teenage and young adult Christians and LGBTQ youth, tells a familiar story in her memoir, in three acts.

Like many young Christian women of her era, Davies, who began attending evangelical churches at age 12, took a pledge in front of her parents to remain a virgin until her wedding day. At 19, she moved to Los Angeles to become an actress. There, she became increasingly anxious to meet “The One” so she could have sex, but settled, she writes, for something less.

After her marriage fell apart, she swung in the opposite direction — a part of her life she calls her “trampage,” a portmanteau of “tramp” and “rampage.” That season of hooking up and sexual exploration included good but also a bad experiences. She emerged from it a progressive Christian who loves Jesus and advocates for consent, self-integration, healing and redemption.

Davies’ no-holds-barred descriptions of sexual yearning along with her heartfelt desire for God make for a compelling read. It’s also timely. Purity culture has come in for criticism since it’s come to light that the 21-year-old suspect in the March 16 Atlanta-area shootings had been treated in Christian sex addiction programs. According to police, his motivation for killing eight people, including six women who worked in area massage parlors, was to rid himself of temptation.

Religion News Service spoke with Davies, now 37 and the mother of a 1-year-old son, Valentine. This Q&A has been edited for length and clarity.

Who did you imagine your audience would be?

Initially I had this visual of people hiding the book under their bed, whether it be a teenager or a young adult or an LGBTQ person who is in the closet. (But) my intention was to be exposed and vulnerable about what I believe to be the toxic theology of purity culture as a guide. I wanted people to know there’s hope and I wanted people to learn how to align themselves, mind, body and soul, as a fully integrated spiritual and sexual human being.

Have you reached out to anyone from youth who taught, for instance, that having sex before marriage was like asking your intended spouse to chew used bubble gum?

I do plan to send it to one of my old youth pastors who actually apologized and acknowledged the way she treated us women and made us feel our bodies were weapons against men’s spiritual purity. I believe you can hold love and forgiveness for people but still hold them accountable for their problematic behavior, theology and actions.

You point out that purity culture arises from patriarchal culture. 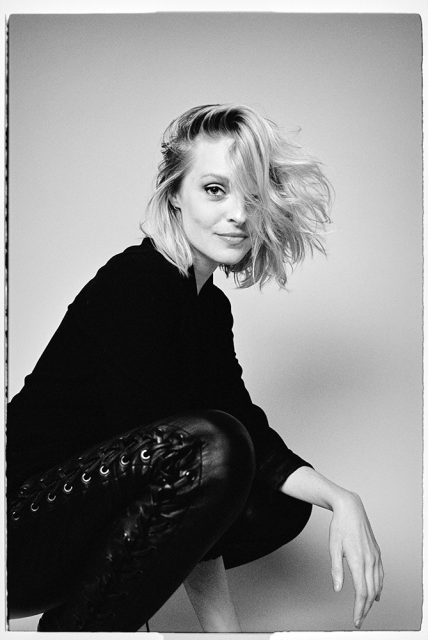 There’s this notion that liberal hippie feminists out to destroy Christianity are using this term “patriarchy” to make people afraid of masculinity or break down the traditional family unit. But to be clear, patriarchy is a traceable, historically accurate and provable fact. It manifests in all kinds of ways today. The Baptist church demeaning Beth Moore and saying they shouldn’t listen to her because she’s a female. That is patriarchy. Silencing the voices of women or saying we have less to offer than men or we’re less spiritually gifted to be leaders or speak out. All evidence shows gender does not determine if we have leadership qualities or whether someone is equipped to lead people spiritually.

How does the Atlanta shooting flow out of purity culture?

Women have been told our bodies can cause men to stumble. They’ve been told, (in the letter to the Romans), “Do not be a stumbling block.” That has been twisted to say, “Oh, don’t wear spaghetti straps; otherwise, you never know what men will do.” We’ve been told to restrain ourselves, present ourselves in specific ways in order to not allow sin in men’s life. We’ve been taught that men are in control of everything — the church service, the decision-making, the money — but the one thing they cannot control is their sexuality.

The Altanta suspect put the blame of his sin on these sex workers. This is what we are indoctrinated to believe. Women cause their brothers to stumble. Sexually available women are diminished. (The alleged shooter) believed taking the lives of innocent people was less an affront to his God than committing the sin of sexuality.

You describe a period in your life as a “trampage.” Is it typical for people to rebel against purity culture this way?

I leaned really hard into purity culture and then into hookup culture. I see them as two polar extremes. Both lead to feeling disconnected and disembodied from yourself. In purity culture, virginity was the utmost quality I could possess as a woman. In hookup culture, the most valuable thing you can possess is your body and your willingness to have sex.

I’m not against people having consensual sexual experiences. It’s not about how many people you’re sleeping with. It’s about, are you experiencing embodiment in these situations? Are you thriving in the fullness of your sexuality? Even if I were to have consensual sexual experiences with a couple of guys over the next year, I wouldn’t consider it a “trampage” so long as I was making autonomous choices that I knew were honoring myself, my spirit, the other person.

So when you began to honor your feelings it ended?

I’m careful with the terminology of feeling. A lot of evangelicals will demonize myself and others who say we’re led by our feelings, “It feels good, do it.” That’s not what sex positivity is about. It’s not about the feelings. It’s about being honest about yourself, acknowledging what is genuinely true to who you are, what is your sexuality meant to be in your life.

This militant repression was imposed on me and it made my sexuality an obsession. When I opened myself up to what I consider the Holy Spirit and said, “God, what do you think about my sexuality?,” I realized I had not invited God into that area of my life because I was told God thinks black and white ideas about my sexuality and if any shades of gray come in I’m doing the wrong thing. When you have those blinders on, it can lead to true sexual sin, where you’re not searching for enthusiastic consent in your partner, where you’re not making choices out of your own desire, you’re just following the script.

Is that what you’re going to teach your son?

I’m a gigantic believer in comprehensive sex education, which ideally should begin at 5 years old. Over 90 times the Bible says not to fear, or some variation of that. So why on earth have we built our religion on a foundation of fear and hell? And why are we building our children’s sexuality on a foundation of fear?

Children taught abstinence-only sexual education show no delay in sexual activity and only show spikes in sexually transmitted infections and unwanted pregnancy and abortions. We need to teach our kids that  pleasure is not a sin. The desire to have pleasure is not our original sin.

When we do that and teach them that God loves our pleasure, then your child or teenager will be better able to tell you, somebody touched me in a way that wasn’t pleasure. That’s empowerment about their sexuality.

Do you go to church?

I’m not plugged into a church. I’ve been doing small groups with friends for a really long time.

News
Bradley Nassif, Orthodox theologian, on why Americans should care about Ukraine
Follow us on Facebook!
Submit your photos to RNS