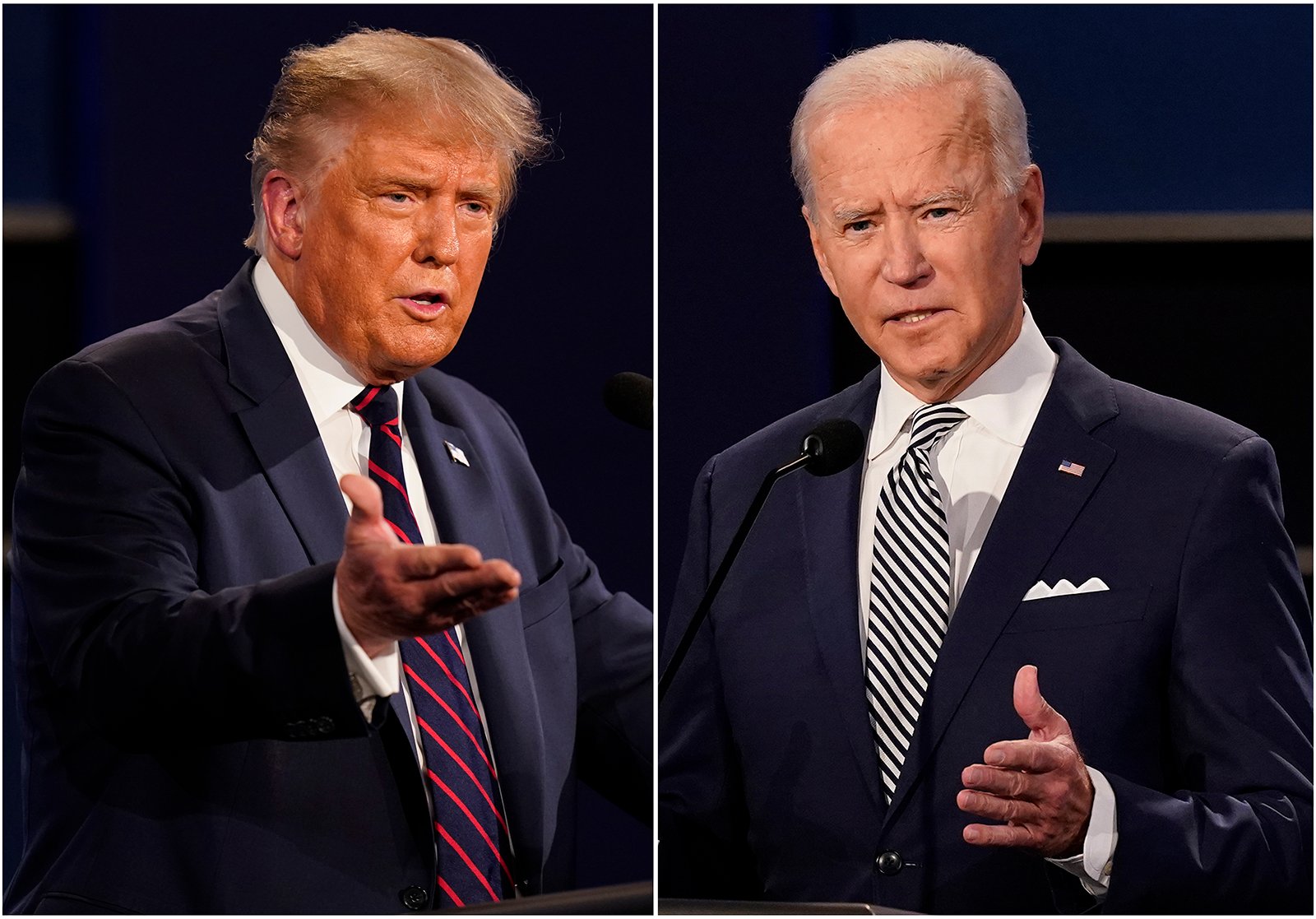 (RNS) — Nearly half of U.S. Mormons under age 40 voted for Joe Biden in the 2020 presidential election, according to the 2020 Cooperative Election Study (formerly known as the Cooperative Congressional Election Study). The survey canvassed a nationally representative sample of 61,000 American adults.

According to an analysis by Jacob Rugh, an associate professor of sociology at Brigham Young University, the sample included 848 people who identified themselves as belonging to the Church of Jesus Christ of Latter-day Saints. Of those, 644 indicated how they voted in the election.

For people who have been following Mormons and American politics, there were several interesting findings. 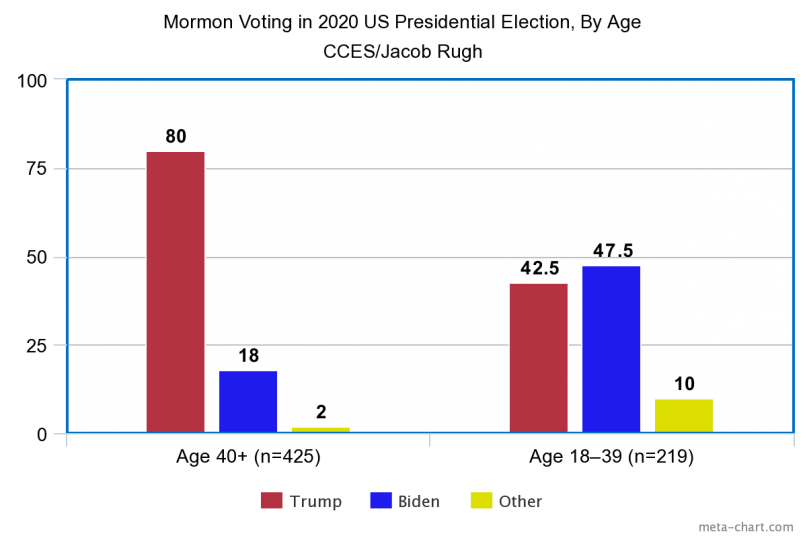 While the over-40 Mormon vote was decisively for Donald Trump, he was noticeably less popular with millennials and Generation Z. Source: 2020 CCES, analyzed by Jacob Rugh.

This continues a trend we’ve been seeing for at least five years now, in which younger Mormon Americans are less likely to fall in line with the default Republican affiliation that has characterized LDS voters since the 1950s. In the 2016 Next Mormons Survey that Benjamin Knoll and I conducted, we found millennials were nearly evenly divided between parties, though the edge went to Republican affiliation (46%) over Democratic (41%). Here in the 2020 voting results, that would seem to be reversed, with the slight edge tipping toward Biden and the Democrats.

It remains to be seen whether this is a specific reaction against Donald Trump or will outlast him. It’s also unclear whether these voters will grow more conservative as they age. If you look only at the small numbers of Generation Z voters in the mix, Biden won even more decisively, but it’s not a large enough sample size to draw definitive conclusions.

In all, 69% of white Mormons chose Donald Trump, which is less than the support he garnered among white evangelical Protestants, but still higher than his showing among Mormons in 2016. That year, Evan McMullin pulled away some of the Mormon vote. In 2020, there was no serious spoiler candidate, and both Trump and Biden improved upon their party’s 2016 showing among Latter-day Saints.

3. Trump support was strongest among those with less education.

Biden’s strongest showing occurred among LDS voters with a postgraduate degree, though he still only gained 39% of that demographic compared to Trump’s 55%.

4. The biggest surprise: There was no gender gap.

After months of pre-election polling that showed Donald Trump with markedly less support among Mormon women than men, women rallied around him in almost equal measure in the end. 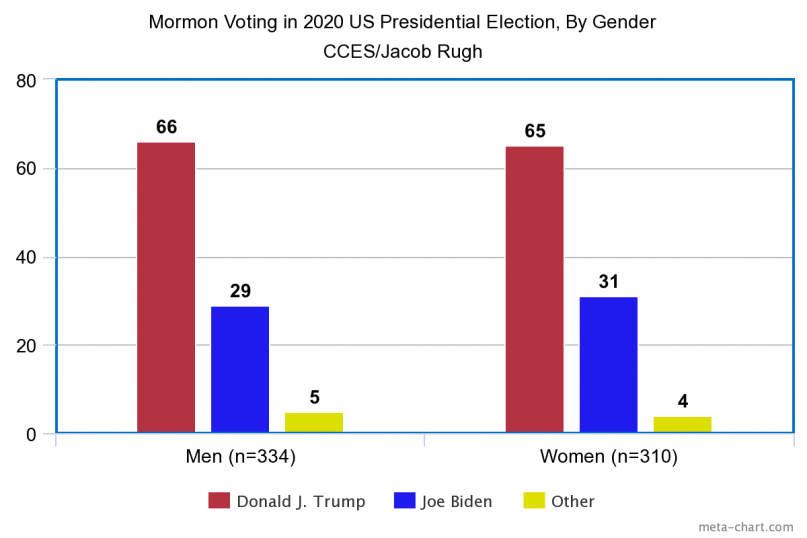 Overall, Trump captured two-thirds of the Mormon vote, and there was very little difference between men and women. Source: 2020 CCES, analyzed by Jacob Rugh.