(RNS) — As the U.S. reacts to the guilty verdict in the trial of Derek Chauvin, many are wary of violence breaking out as people celebrate and continue to cry for justice for other deaths at the hands of police. Against this backdrop, faith leaders in cities around the country are trying to prepare for what might happen in the days to come.

In the same moment, we approach the anniversary of the 1992 LA riots that followed the acquittal of the four LAPD police officers who savagely beat Rodney King on camera. The city erupted into six days of violence and chaos.

Current tensions in our nation are eerily similar. Even as this trial played out in real time, Black and Brown bodies continued to be killed across this nation, notably in Minnesota, where police shot and killed Daunte Wright last week.

Does history really have to repeat itself?

We only have to look back to Los Angeles in 1992 to know what to do and what not to do. The Rev. Cecil L. Murray, then pastor of First African Methodist Episcopal Church (also referred to as FAME) in LA, wrote the playbook for this situation.

In 1992, Murray organized his congregation, community, clergy and faith leaders of other faiths, the LA celebrity circle and elected officials to all meet at FAME the day the verdict would be read. They came to church to gather no matter what the outcome would be.

When the not guilty charge was read, the city exploded.

I vividly remember the National Guard rolling down Broadway and Manchester in South Los Angeles. Angry people filled the streets, deeply frustrated by a system with a history of looting from communities of color through the war on drugs, mass incarceration and anti-Black tactics, including the failure of the system to hold accountable the killer of Latasha Harlins.

But as Los Angeles began to burn on April 29, 1992, there was a glimmer of light, in that Murray had us organized. Outdoor, standing-room-only, people from every walk of faith, status, position came together to mourn such a gross miscarriage of justice but also (unbeknownst to us in that moment) to be a part of the beginning of rebuilding LA. 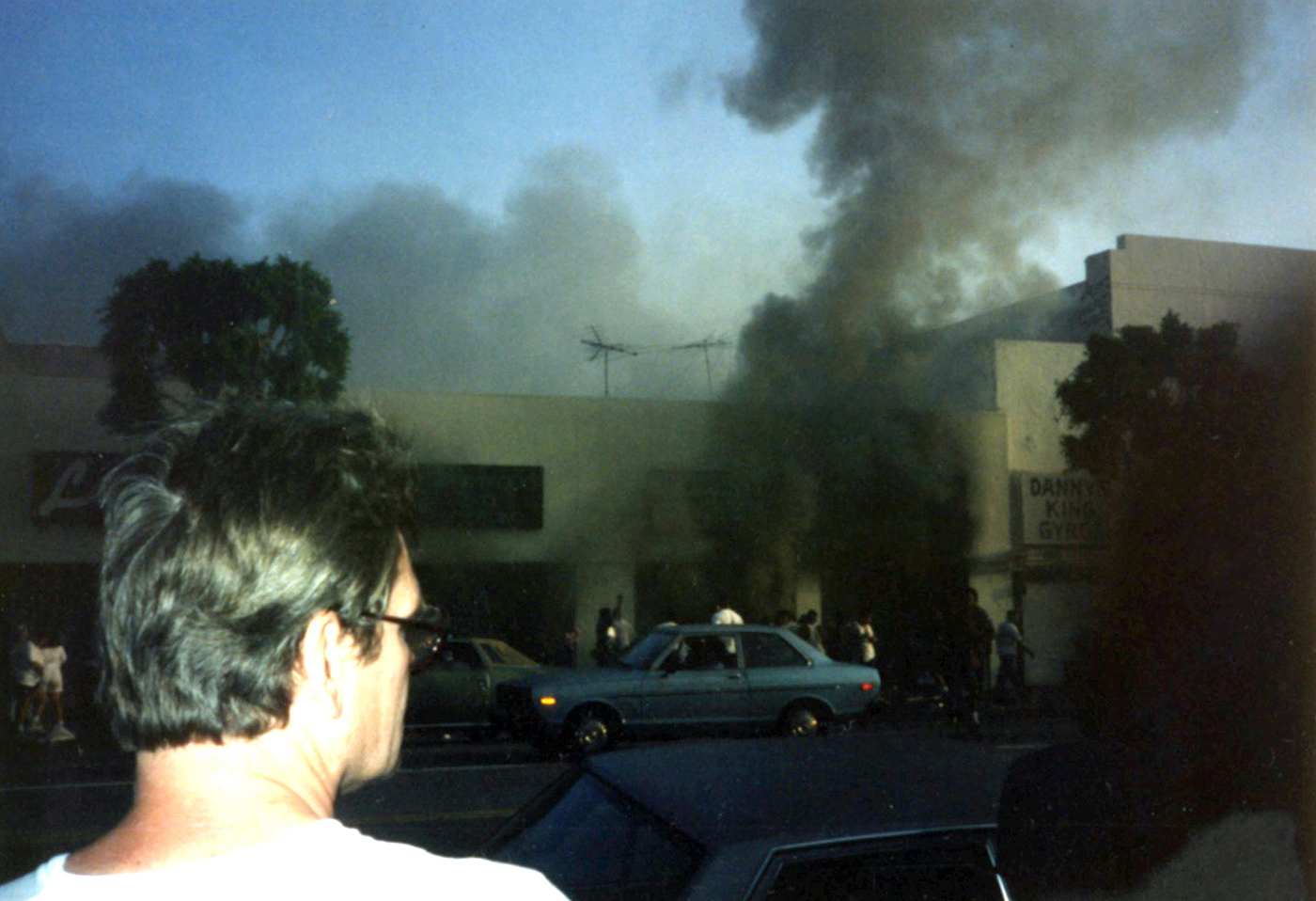 Smoke rises from a building set on fire on Hollywood Boulevard during riots in Los Angeles in April 1992. Photo by Ricky Bonilla/Creative Commons

Amid the unrest, Murray organized volunteers to help protect firefighters. The men of FAME (RAMS) walked the neighborhood that night, and for days to follow, to let the community know the church cared and was invested in it, too. On national media and in conversations with city leaders, Murray spoke with a prophetic voice, expressing the anger of those on the streets in national media and to city leaders.

RELATED: Of terror and testimonies: Living through the Derek Chauvin trial

After the fires subsided, Murray used his influence to encourage investment in South LA. As a young member and volunteer at the church, and later an ordained minister from FAME, I watched over the following weeks and years as FAME Church would see a Tsunami-like influx of people, celebrities, media from all over the world — and resources.

These would later be funneled through the church’s community development corporation, FAME Renaissance, which became the hub for services for everything from economic redevelopment to low-income housing assistance to Metro transportation vouchers. One of the many programs that emerged in this time that directly impacted my family was the Vidal Sassoon Scholarship. My oldest son’s father was awarded the scholarship and went on to be a successful stylist in Los Angeles. Countless families in Los Angeles have been touched by the work of FAME Renaissance, as well as by the work of the hundreds of pastors that Murray has trained to carry on the social mission of the Black Church.

Murray gave us the playbook. We know what strategies work. As a pastor in LA and a spiritual daughter of Cecil Murray, I am working with other faith leaders in Los Angeles to follow that playbook. 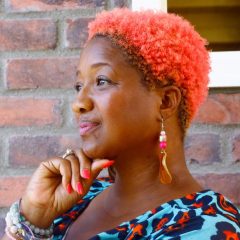 We began with a faith-led outdoor rally to convene clergy, congregations and communities when we get word the verdict was to be read.

No matter what the days to come hold, we will be there to process our collective pain and focus our passion on continuing to build a better future.

(The Rev. Najuma Smith-Pollard (@RevJuju) is program manager of the USC Cecil Murray Center for Community Engagement and pastor of Word of Encouragement Community Church in Los Angeles. The views expressed in this commentary do not necessarily reflect those of Religion News Service.)

WATCH: The Rev. Murray’s sermon during the LA unrest