(Open Doors) — The quickest way to know if Iran is serious about either nuclear compliance or religious freedom is to tie the two issues together.

During the 2016 campaign, then-candidate Donald Trump promised to take a hard-line stance on Iran to curb its nuclear ambitions. This was a response to the Obama administration’s loosening of sanctions, seemingly rewarding Iran with a massive cash payment and a path to rejoining the world’s financial system in hope the rogue nation would respond with nuclear compliance.

Just days after his inauguration, President Trump’s top officials came out swinging, “officially putting Iran on notice” and launching a campaign of “maximum pressure” that included the reimposition of financial sanctions against the theocratic regime. Within the Iranian government, emboldened fundamentalist factions waged a war of persecution against Christians throughout the country.

Rather than focus on inflicting maximum pain or looking the other way, a successful renegotiation of the Iran nuclear deal should target the heart of the regime’s nuclear ambitions: religious extremism.

As one of the world’s few remaining theocracies, Iran has nuclear ambitions that are not simply a matter of national pride or homeland security. The regime wants to safeguard its religious authority to promote a radical definition of the Muslim faith on the world stage.

The government makes sure that Islam is preeminent at home. Raids of home churches are common, forcing many people of faith to flee the country or face prosecution. Muslims who convert to Christianity are especially at risk of arrest and long-term imprisonment for “crimes against national security.” Government officials use smartphone location data and digital footprints to find those who defy fundamentalist Islamic practices. 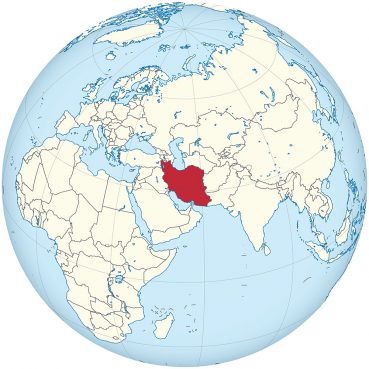 Iran’s foreign policy is also driven by religious concerns. Many have decried Iran’s bankrolling of Hamas for its role in exacerbating the Israeli-Palestinian conflict, but few have acknowledged the faith-based agenda of an Iran-Hamas alliance.

Perhaps the most concerning threat is the direct link between radical Islamic extremism and the meteoric rise in violent attacks throughout sub-Saharan Africa. Religiously motivated terrorist groups are organizing throughout the region, and Iran’s status as a well-funded expression of an extremist state could be a key asset to the small but loyal factions spreading throughout the continent. A new caliphate is on the rise, and the world cannot afford to equip it with nuclear weapons.

The American approach to Iran has been experimental at best for the past two decades. President George W. Bush used Iraq to counter Iran’s influence in the Middle East, with mixed results. President Barack Obama’s 2015 deal, focused on nuclear site monitoring and international accountability, has received mixed reviews from foreign policy experts. In 2018, Trump withdrew the United States from the agreement, reinstating strict economic sanctions and forcing government officials into retaliation.

The radical Islamic regime has outlasted all these measures, even as the will of its population has become the biggest threat to its power. Some Iranians are calling for an end to the Islamic republic in the upcoming election, citing widespread rejection of theocratic ideals. As the Khamenei regime’s authority grows more fragile, religious diversity is increasing. The Roman Catholic Church has managed to slowly expand its presence, even recently installing an archbishop of Tehran with a commission to “offer the light of the Gospel.”

All of this amounts to a diplomatic opportunity. If the regime expects to preserve its power in upcoming elections, it must prove its ability to provide both economic opportunity and religious freedom protections.

Fortunately, Iran can accomplish both in one deal. Western countries have the bargaining power to insist that Iran drop charges against more than two dozen Christian converts currently facing prosecution in the country. The White House can protect religious minorities by targeting Iranian officials who abuse them with asset freezes and visa sanctions while pressuring the government to lift religious freedom restrictions. In doing so the regime will curry favor with its electorate and preserve its sovereignty.

Meanwhile, the Biden administration can reopen admissions for Iranian religious refugees via the Lautenberg Program, which allows religious minorities in oppressive countries to relocate to the United States. Though the administration’s recent lifting of a historically low admissions ceiling is a promising first step, this additional measure can help provide safe harbor to those fleeing Iran on the basis of faith.

Now is the opportunity to bring greater freedom to the people of Iran, and to help them reenter the international community of nations.

Iran can quickly prove it’s serious about diplomatic accountability by complying with international standards of human rights — including but not limited to the free practice of faith. President Joe Biden has the rare opportunity to learn from the promises and pitfalls of his predecessors’ approach on Iran. The path forward runs through religious freedom.