(RNS) — Author and speaker Trillia Newbell was minding her own business this week, “doing the good work the Lord planned for me,” when she was drawn into another Southern Baptist controversy.

Newbell, a former staff member of the Southern Baptist Convention’s Ethics and Religious Liberty Commission, was mentioned in a controversial leaked letter published Wednesday (June 2) by Religion News Service. The letter, which was leaked over the weekend to the news service, was written in February 2020 by then-ERLC head Russell Moore to the commission’s trustees.

In it, Moore cited an unnamed SBC leader who was critical of his decision to hire Newbell. Moore recently left his ERLC post after years of controversy, especially over his criticism of Donald Trump.

“I was really just concerned about that black girl, whether she’s egalitarian,” Moore recalled the leader as saying.

After seeing news of the letter on social media, Newbell tweeted she was “a grown woman” and would not let those comments stand in her way.

“I’ve experienced racism my entire life. Not gonna stop me now,” she wrote.

Me: minding my own business doing the good work the Lord planned for me

Them: Revealing their racism because I'm a Black "girl" (cough, I'm a grown woman)

Me: Keeping on doing the good work the Lord planned for me

Two Southern Baptist sources have confirmed with RNS the SBC leader who made the comment about Newbell.

“It was Paige Patterson,” Phillip Bethancourt, the pastor of Central Church in College Station, Texas, and former vice president of the ERLC, told RNS. Bethancourt said he and other staffers heard about the comments critical of Newbell and Dan Darling, another former ERLC staffer, right after Moore spoke with Patterson. Patterson, a longtime Baptist leader, and former SBC president, was fired as president of Southwestern Baptist Theological Seminary in 2018 for mishandling allegations of sexual abuse.

Patterson denied making the comments in a phone interview with RNS and said he had never heard of Newbell.

He also said that Moore’s was “obviously wrong.”

A legend among Southern Baptists, Patterson, along with retired Texas Judge Paul Pressler, was one of the chief architects of the “conservative res­­­urgence” that took over the nation’s largest Protestant denomination in the 1980s and 1990s.

Patterson was also critical of the Rev. Fred Luter, the SBC’s first Black pastor, fearing that Luter did not understand the importance of the convention’s theology. Patterson wanted to only appoint leaders who supported the conservative resurgence’s ideals.

“The difficulty is that among many of the ethnic groups there are not so many of them who understand the issues involved and the seriousness of them,” Patterson wrote in a letter to Jimmy Draper, a former SBC president. 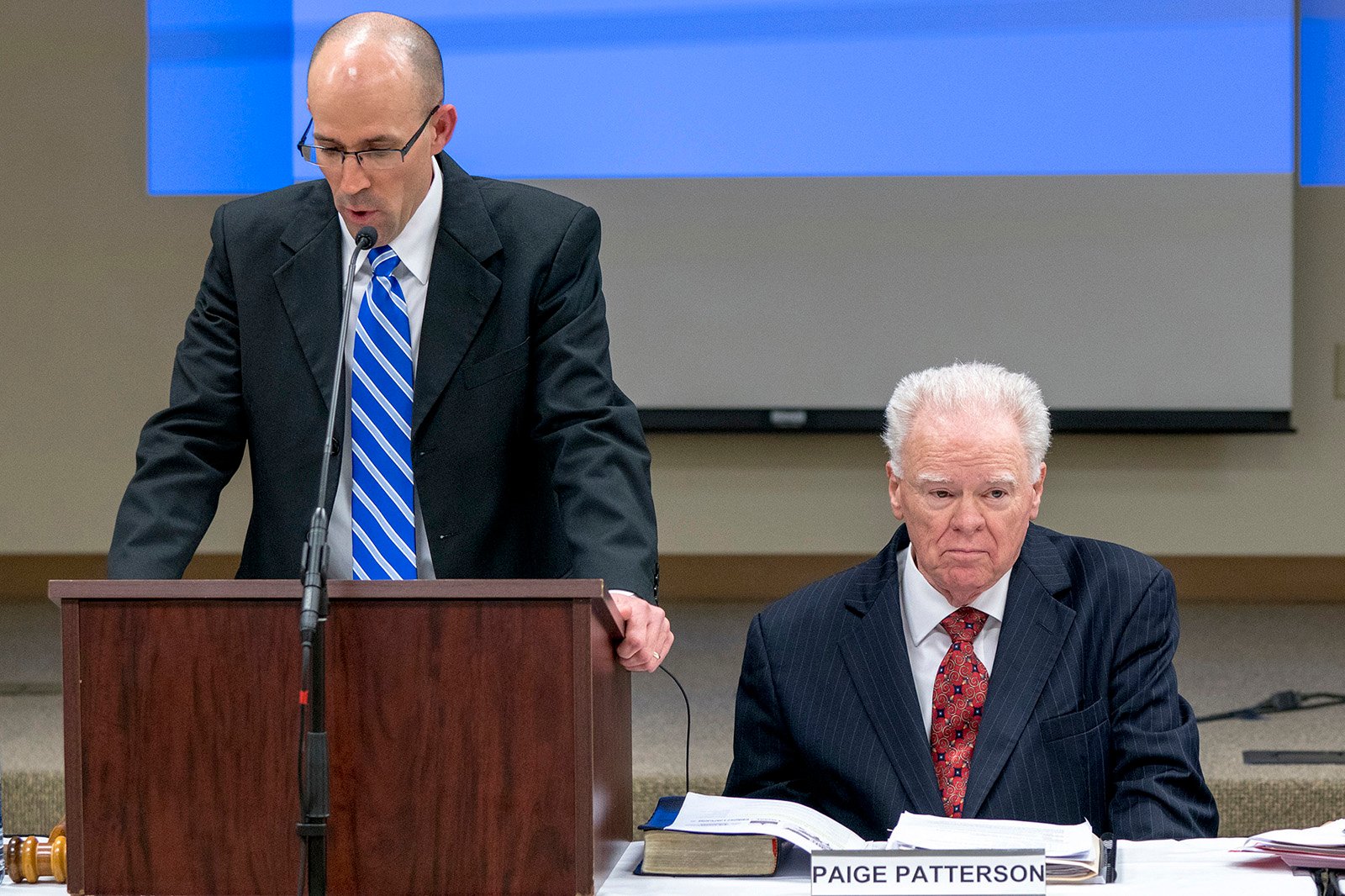 Southwestern has accused Patterson of taking a confidential donor list, financial records and other documents with him when he was fired and then using that list to raise money for his nonprofit. The seminary also claims in an official report, published in advance of the upcoming SBC annual meeting, that Patterson convinced a donor to retract a $5 million donation to the seminary and that Patterson and his wife “improperly” removed items from the president’s home at the seminary.

Patterson has denied using the donor list and told Baptist Press, the official news service of the denomination, that the couple only took items from the school that belonged to them. He also told Baptist Press he has been involved with the Conservative Baptist Network, a group of pastors and churches that feel the SBC is too liberal.

Moore, who resigned in May to become a public theologian for Christianity Today magazine, detailed years of threats and pressure from other Southern Baptist leaders in the letter originally written in 2020 and published by RNS this week.

That pressure included a pair of investigations that reported to the convention’s Executive Committee. One of those investigations was spearheaded by the Rev. Mike Stone, a Georgia pastor and Moore critic who is one of the leaders of the Conservative Baptist Network. Stone is now one of the leading candidates for president of the Southern Baptist Convention, which will be decided during the annual meeting in Nashville, Tennessee, June 15-16. The event is expected to be the most attended SBC annual meeting in 25 years, with more than 13,000 pre-registrants.

This story has been updated with comments from Patterson.