(The Conversation) — Tennessee’s Constitution includes a provision that bars three groups from holding office: atheists, ministers and those engaging in duels. Efforts are under way in the state legislature to remove this exclusion for ministers, but not for duelists – or atheists.

In January 2021, Republican Tennessee State Senator Mark Pody proposed Senate Joint Resolution 55 to amend Article IX of the Constitution of Tennessee to rid it of a clause that states “no minister of the Gospel, or priest of any denomination whatever, shall be eligible to a seat in either House of the Legislature.” No mention is made in Pody’s resolution about Section 2 of the same article: “No person who denies the being of God … shall hold any office in the civil department of this state.” Nor for that matter does the current bill mention Section 3’s objection to those who participate, aid or abet a duel.

When Pody was asked why his resolution removes only the ban on ministers, his response was that it is best to clean up the constitution “one simple step at a time.”

Tennessee is one of seven states that has an unconstitutional ban on atheists holding public office. Although superseded by Supreme Court rulings, such bans are important. As a scholar of religious and political rhetoric who focuses on the marginalization of U.S. atheists, I believe they reflect the normalization of anti-atheism that has yet to be truly dealt with, or rarely acknowledged, in the United States.

Atheists ‘not to be tolerated’

Numerous state constitutions established laws banning both ministers and atheists when they were ratified.

The bans on ministers were framed as necessary to protect their “sacred calling.” The prohibitions on atheists were installed for a different reason. Atheists, it was claimed, could not be trusted to be good citizens in a democracy. 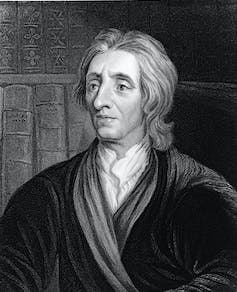 This sentiment was expressed by early enlightenment thinkers such as Jean-Jacques Rousseau and John Locke – both of whom influenced early American politicians. Locke argued in his 1689 “Letter Concerning Toleration” that “those are not at all to be tolerated who deny the being of a God. Promises, covenants, and oaths, which are the bonds of human society, can have no hold upon an atheist.”

Although unenforceable, the bans periodically impede atheists wanting to hold public office. In 1992, Herb Silverman, an atheist activist and math professor, was denied a position as a notary public because of a ban in South Carolina. He had to sue the state before he could hold the position.

Meanwhile in 2009, Cecil Bothwell, a local Democratic candidate, won his city counsel race in Asheville, North Carolina – but had to fight critics who claimed he was ineligible on account of his atheism.

These attacks continued for years after Bothwell was elected. H.K. Edgerton, a Black Confederate activist and one of Bothwell’s staunchest critics, complained in 2014 that the council had “placed itself above the law for two terms with Cecil Bothwell sitting there passing rules and regulations and dictating law unlawfully.”

David Morgan, editor of the Asheville Tribune, claimed his criticism of Bothwell was about upholding the state constitution, arguing “If you don’t like it, amend it and take out that clause.”

Atheists have tried to do just that. But politicians show little interest in removing the bans on atheists that exist in state constitutions. As Todd Stiefel, an atheist activist, notes: “If it was on the books that Jews couldn’t hold public office, or that African Americans or women couldn’t vote, that would be a no-brainer. You’d have politicians falling all over themselves to try to get it repealed. Even if it was still unenforceable, it would still be disgraceful and be removed. So why are we different?”

These anti-atheist clauses and the failure to remove them reflect a phenomenon I call “theistnormativity,” which is the normalization of the belief in God as being tied to good and moral citizenship.

To many Americans, beliefs in God and Americanism has become synonymous. A 2015 survey found that 69% of respondents thought it was important to believe in God to be “truly American.” And Americans are expected to embrace national slogans such as “In God We Trust” and “one nation, under God.” Politicians are regularly asked to participate in public prayers to God before official meetings. And while they can request otherwise, the default assumption is that Americans will make an oath to God when taking public office or testifying in court.

While there is no ban on being an atheist in the United States, atheists have long been framed as un-American. When Democratic Representative Louis Rabaut proposed adding “under God” to the Pledge of Allegiance in 1954, he argued that an “atheistic American” is a “contradiction in terms.”

Even President Barack Obama simply acknowledging the existence of “nonbelievers” in his 2009 inaugural address led critics to question whether the acknowledgment was “offensive” and could lead to dangerous misunderstandings about “our true nature as a nation.”

And it isn’t just the political right. When Bernie Sanders was running for president in 2016, leaked emails from Democratic National Committee leadership revealed a plot to try to out him as an atheist to negatively influence perceptions of him.

This political environment makes it difficult for open atheists to gain much political power. In a 2021 survey of Congress’ religious identity, only one person, Senator Kyrsten Sinema, identified as “religiously unaffiliated.” Eighteen members replied “don’t know” or refused to answer the question.

Polling shows 4% of Americans identify as atheists, and about 23% identify more broadly as nonreligious. While identifying as “nonreligious” does not necessarily mean not believing in God, research suggests that as many as 1 in 4 Americans is atheist, but that most are unwilling to reveal this, even in anonymous polls.

As such, there are likely more atheists in Congress – they’re just not open about their beliefs. In fact, in 2014, the American Humanist Association claimed that 24 members of Congress privately stated they did not believe in God but would deny it if outed.

Political analysts have long wondered if an atheist could become president. It would take a brave one to try, given that polls indicate that only 60% of Americans would be willing to contemplate voting for one.

Even theist presidents get criticized if they fail to show proper homage to religion. Biden, a Catholic, was the first president to not include “God” in his National Day of Prayer proclamation, a move Evangelical leader Franklin Graham called “dangerous.”

This anti-atheism extends beyond politics. Atheists face discrimination in the workplace and hiring practices. Parents who are religious often have an advantage in custody cases. Even though atheists are no more likely to commit crimes than theists, stereotypes surrounding atheist criminality and untrustworthiness persist. In court, atheist rape victims are less likely to be believed than Christian or religiously ambiguous victims.

It is in this context that the bans on atheists – although unenforceable under Supreme Court ruling – must, I believe, be examined.

While these bans may seem harmless, they represent anti-atheist prejudices that are ingrained in America. They remind atheists that, despite their beliefs being protected by the first amendment, being open about not believing in God has consequences.

(Kristina M. Lee, Ph.D. Student in Rhetoric, Colorado State University. The views expressed in this commentary do not necessarily reflect those of Religion News Service.) 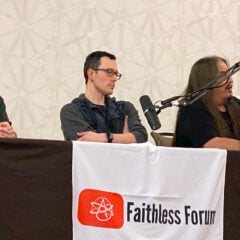 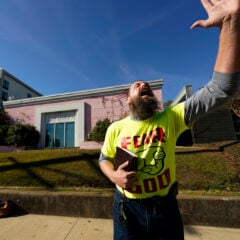