VATICAN CITY (RNS) — Big oil companies in the United States and Europe were forced to come to terms with their role in climate change last month after shareholders, including large mutual funds and private equity firms, pressured the companies to shift their long-criticized environmental policies.

The shareholder rebellions at Chevron and Exxon made front-page news; what has been less reported is how Catholic groups, from the Vatican to orders of nuns to Catholic youth organizations, played a key role in holding Big Oil accountable, influenced by Pope Francis’ advocacy for justice and the environment.

On May 26, environmental activists teamed up with institutional investors to push two sympathetic members onto Exxon’s board. The same day, Chevron’s shareholders passed a measure requiring the company to work to track and reduce emissions by its customers. Chevron, the U.S.’ second-largest oil company, had already promised to reduce CO2 emissions by 35% in extraction, refinement and distribution.

In addition, a Dutch court ruled last month that Royal Dutch Shell, the world’s second-largest energy company, will have to reduce greenhouse emissions by 45% by 2030, a far more ambitious goal than the company previously outlined.

In all three cases, the oil giants found themselves cornered by climate activists, many of whom are driven by their faith.

At Exxon, an army of nuns, including the sisters of St. Dominic of Caldwell, the Benedictine Sisters of Virginia, the Dominican Sisters of Hope and the Maryknoll Sisters — helped to lead the charge. At Chevron, the proposal to change its management and cut more emissions was moved forward by young people taking part in Francis’ effort to “give a new soul to the Global Economy.” 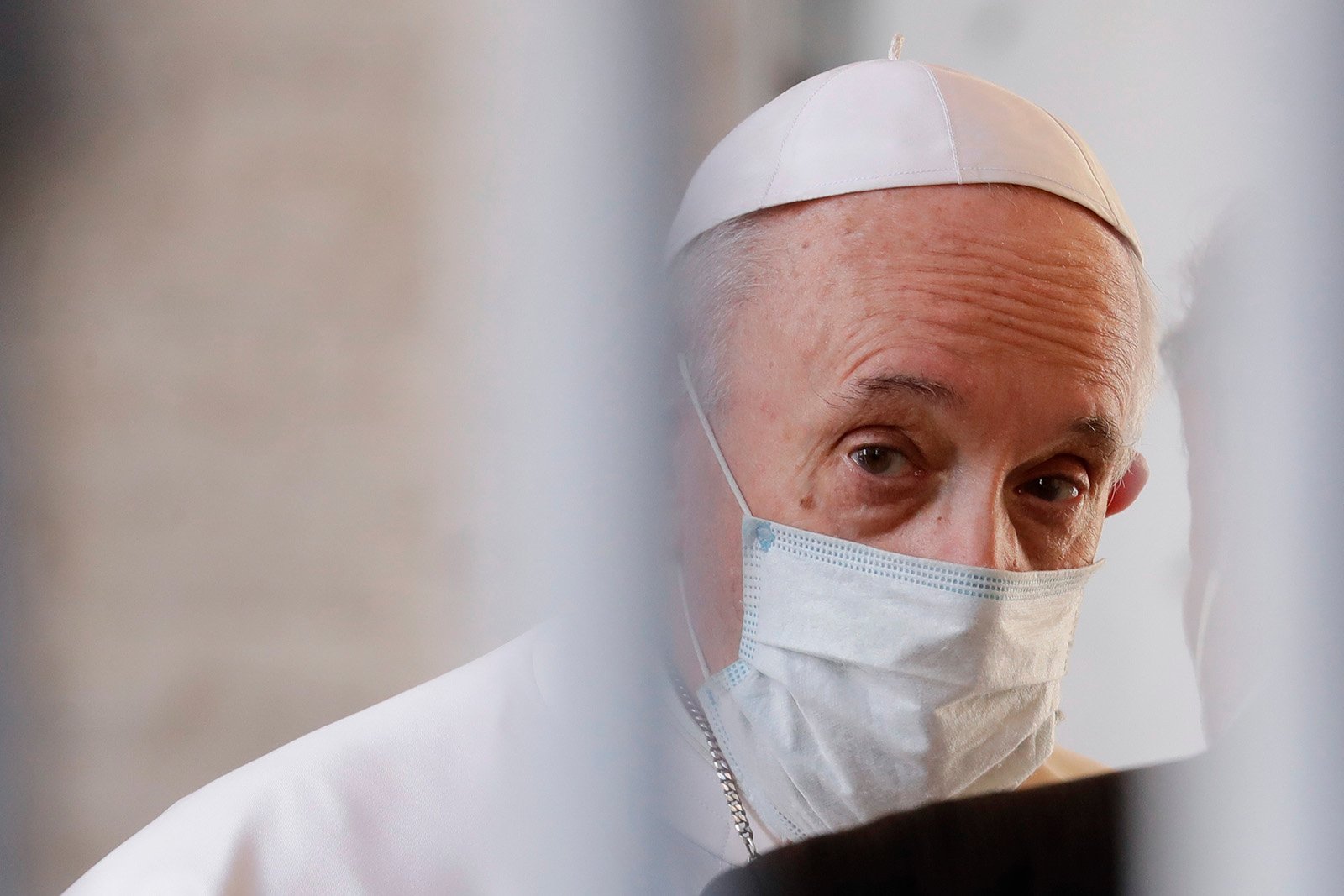 In 2019, Francis issued a call for young entrepreneurs, researchers and changemakers to map out “a different kind of economy: one that brings life not death, one that is inclusive and not exclusive, humane and not dehumanizing, one that cares for the environment and does not despoil it.”

The project, called “The Economy of Francesco,” attracted hundreds of young people divided into 12 “villages,” each addressing a given challenge facing the economic landscape. The project is not limited to imagining a utopian global economy but takes practical steps to promote climate awareness and social justice.

“We try to respond to projects and initiatives that can be prophetic but can also be specific,” Maria Virginia Solis Wahnish, an Argentine entrepreneur and leader of the village on agriculture and justice, told RNS via Zoom. Her work is inspired by Francis’ call to “build bridges,” she said, by coming together with activists and economists from all religious backgrounds.

The campaign at Chevron grew from a relationship with Bruce Herbert, CEO and founder of Newground Social Investment. Herbert left behind a career in Wall Street decades ago to push corporate giants to address the social and environmental consequences of their businesses.

After buying shares in companies like Chevron to get a voice at its annual meeting — any shareholder with at least $2,000 in stock in a company can apply to have voting power — Newground usually asks influential people, from movie stars such as Alec Baldwin to Nobel Peace Prize laureate Jody Williams, to raise the issues at shareholder meetings.

Herbert, noting that religious groups have long been at the forefront of raising awareness on climate change, told Religion News Service that Chevron’s board members “are masters at stubbornness” and said that last month’s victory had been “a long road to Damascus.”

At Chevron’s May meeting, members of the Economy of Francesco first moved to separate the chief executive officer and the chairman of the board role, currently held by one man, Michael Wirth. 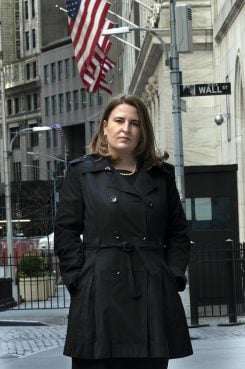 The company initially tried to “swat us away,” said Carpenter, though the proposal for an independent board chair would have brought the company in line with the standard at most Fortune 500 companies. The proposition didn’t win a majority, but, according to Carpenter, “It was actually kind of a win because it shines light on the importance of corporate goverance.”

Before the vote, proposals for the annual meeting are sent to all company shareholders and are in themselves an opportunity to spread awareness and visibility to climate change concerns in the company, she said.

The Economy of Francesco made a two-minute video demanding Chevron take responsibility for polluting areas in Ecuador and financing the military junta in Myanmar.

Diego Luca de Tena, a Spaniard who co-leads the Economy of Francesco’s village on energy and poverty, explained that many people taking part in the initiative are former business and finance employees who have become disenchanted by the realities of that world and want to better it.

“What we proposed to Chevron is not utopian,” de Tena said, stressing that “following the social doctrine of the church or moral principles doesn’t mean that profit is automatically unlawful or immoral, but (we) question the principles underlining society.”

In Ecuador, according to the Economy of Francesco video, the company’s oil extraction led to water and soil pollution, deforestation and health issues for many locals. Chevron refused to accept the decision by the Ecuadorian Supreme Court that the company pay reparations for victims and the environment and has instead accused the prosecuting lawyer of corruption and fraud. Highly toxic production water pours into a waste pit at an old Texaco, which is now Chevron, oil facility near Dureno, Ecuador, in 1993. Photo by Lou Dematteis, courtesy of Steven Donziger

When Francis held his summit of bishops at the Vatican on the Amazonian region in 2019, he spoke about the endless legal battle as an example of the devastating impact of myopic profit-making.

The Chevron board accused members of the Economy of Francesco of “serving as a vehicle to address the Ecuadorian litigation,” according to an audio recording of the shareholder meeting furnished to RNS.

Wirth, the Chevron Board Chair and CEO, told shareholders that he attended a “thoughtful and constructive discussion” with Francis in 2018, when he and other Big Oil executives were invited to the Vatican for a conference promoting a transition to renewable energy. “I plan to attend another session at the Vatican later this year to continue this engagement,” he said.

But Wirth may not find much daylight between the pontificate and the activists pressuring Chevron. At that 2018 Vatican meeting, Francis underlined the importance “that serious efforts be made to transition to a greater use of energy sources that are highly efficient while producing low levels of pollution,” calling climate change “a challenge of epochal proportions.”