(RNS) — The United Church of Christ kicked off its Special Edition General Synod on Sunday (July 11) by passing a resolution declaring racism a public health crisis.

Delegates to the mainline denomination’s biennial meeting, held virtually this year, approved “A Resolution to Declare and Respond to Racism as a Public Health Crisis” with 96% of the vote during the opening plenary. The resolution was submitted by the UCC’s Council for Health and Human Service Ministries and the Council on Racial and Ethnic Ministries.

The Rev. Elyse Berry, associate for advocacy and leadership development for the Council for Health and Human Service Ministries, told the denomination the resolution’s approval “set the tone” for the General Synod, which runs through next Sunday (July 18).

“Racial justice is intentionally woven throughout this Synod,” Berry said.

The resolution notes that research shows racism “undermines the physical, emotional, spiritual, and relational health and wellbeing of People of African Descent, Indigenous Peoples, and other People of Color.” It points out how the COVID-19 pandemic further highlighted the “racial health disparities and the social and political conditions that created them,” with Black, Indigenous and Hispanic communities recording a mortality rate more than 2.7 times the rate of white people.

The resolution also calls on UCC churches to educate their members and advocate for public policies that work toward health equity. And it calls on Congress to pass the Anti-Racism in Public Health Act, which would create a Center on Anti-Racism in Health and Law Enforcement Violence Prevention Program at the Centers for Disease Control and Prevention. 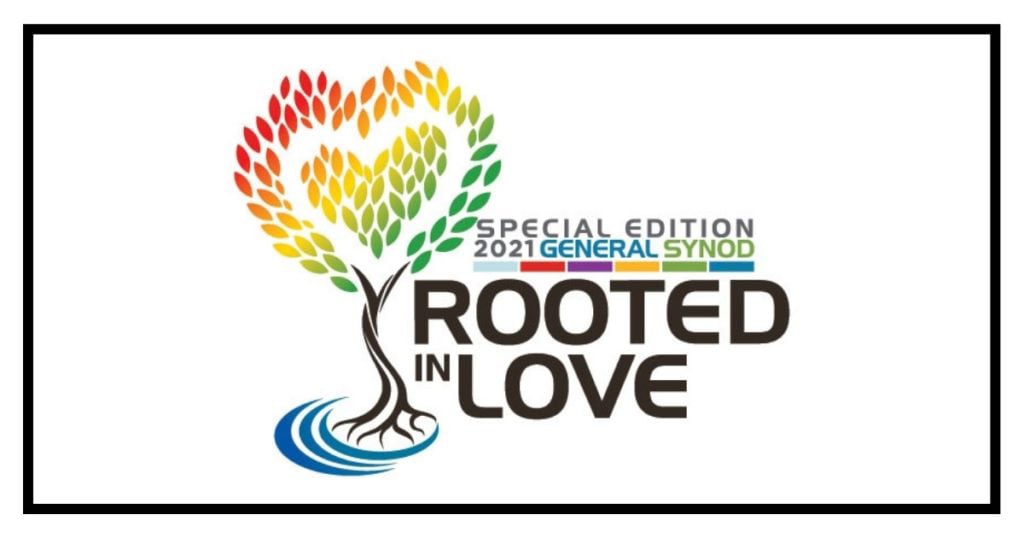 Image courtesy of the UCC

“This resolution is incredibly important especially in light of the conversations being had under critical race theory,” said Andrew Roblyer, a delegate from the UCC’s South Central Conference who spoke in favor of the resolution, according to the denomination.

“Racism is absolutely a public health crisis and we should do everything we can to speak out against it.”

Unlike other denominations meeting this summer, the 715 voting delegates participating in the United Church of Christ’s General Synod do not plan to debate critical race theory, an academic approach to examining systemic racism.

That’s because the UCC settled those questions years ago, declaring itself an “anti-racist church” in 2003, the Rev. Traci Blackmon told Religion News Service before the General Synod began.

“The United Church of Christ recognizes the importance of everyone’s human dignity and everyone’s story, and we also recognize racism as a sin. And so we don’t wrestle in ways that some denominations do,” said Blackmon, associate general minister of justice and local ministries for the UCC.

Other resolutions already passed in the first few days of the General Synod include recognizing the United Nations’ International Decade for People of African Descent and calling for the UCC to foster spiritual practices as a church of “contemplatives in action.”

Also at the General Synod, the denomination is launching an initiative called Join the Movement, part of its ongoing commitment to racial justice.