(RNS) — As COVID-19 cases surge again, two things are true about many counties considered hot spots: Vaccination rates are low and white evangelical Protestant populations are high, according to a new data analysis.

Concern about vaccine hesitancy or outright anti-vaccine sentiment among white evangelicals has persisted since at least March, when, according to a poll from Pew Research Center, those who said they were Christian and born-again were far more likely than any other religious group to say they definitely or probably would not get a vaccine.

A full 45% of white evangelicals fit this description. The next-closest religious classification (Americans who list their religious affiliation as “nothing in particular”) was a full 9 points lower at 36%, which was also the national average.

A separate poll, conducted in April by the Public Religion Research Institute and Interfaith Youth Core, reported that white evangelicals also have the highest rate of vaccine “refusers” (26%) — people who firmly state they will not get vaccinated — compared with other religious groups.

An association between low vaccination rates and evangelical faith was further confirmed this week by researchers at PRRI. In data provided to RNS, analysts pulled from the group’s “2020 Census of American Religion,” overlaying county-level data about faith on top of vaccination rates compiled by the federal Centers for Disease Control and Prevention.

In May, the White House cautioned against any attempt to “typecast” faith groups, but federal officials such as Anthony Fauci, chief medical adviser to President Joe Biden, have repeatedly named faith leaders as potential vaccine ambassadors.

Speaking during an interview on CBS’ “Face the Nation” over the weekend, Fauci said the White House is encouraging nongovernment “trusted messengers” to champion the vaccine — including local clergy.

National Institutes of Health Director Dr. Francis Collins, himself an evangelical Christian, pleaded with his fellow faithful last month to get vaccinated. Overwhelming evidence, he said, indicates COVID-19 vaccines authorized for use in the U.S. not only dramatically reduce the likelihood of contracting the disease, but lessen the chance of hospitalization and death.

Some evangelical leaders have also launched efforts to combat vaccine skepticism in their congregations. Russell Moore, a former Southern Baptist Convention official, told Religion News Service: “Evangelical Christians should be leading the way in thanking God for the cure we spent a year praying for. The least we can do is get our shots so that we can carry on our mission in our communities, without fear of getting anyone sick. Our gospel witness should be contagious; we shouldn’t be.”

Despite efforts to promote the vaccine, new data suggests white evangelicals make up a higher share of the population in counties where vaccination rates are low. This is particularly true in portions of the Southeast and rural Midwest such as Missouri, where scientists have detected surges in COVID-19 cases linked to the more transmissible delta variant of the virus. 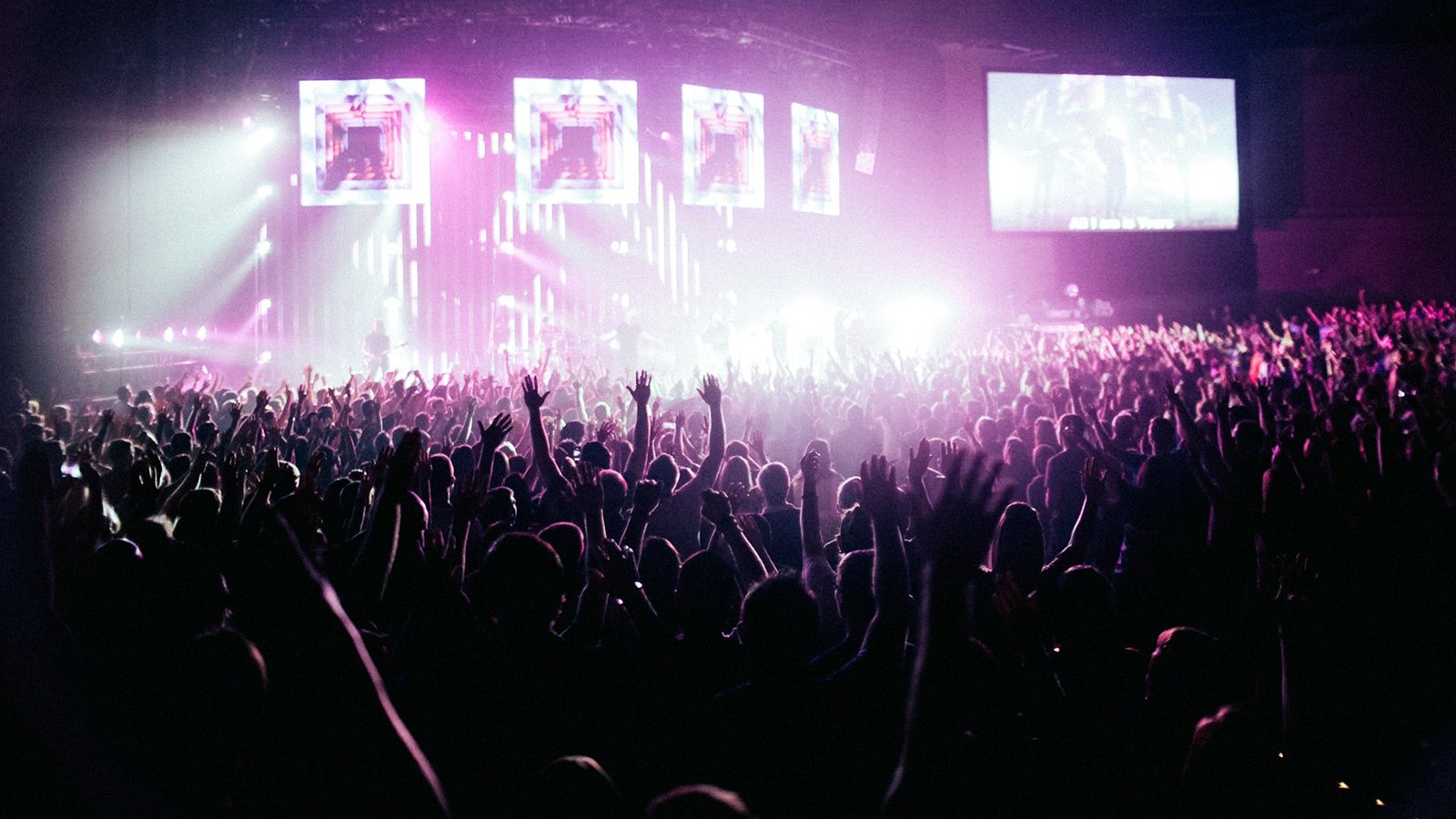 In this 2018 photo, the congregation of James River Church in Joplin, Missouri, participates in a praise hymn. Photo by Joshua Sorenson/Unsplash/Creative Commons

In counties where vaccination rates ranged from 40% to 60%, white evangelicals’ share of the population plummeted to 30%.

The data matches local surveys conducted by the Missouri Hospital Association. When the group released data in April, the only faith group it singled out was white evangelicals, indicating 38% were vaccine hesitant. Experts believe the sentiment can have dire consequences: According to a recent analysis from The Washington Post, hospitalizations due to COVID-19 — as well as case rates overall — are strongly correlated with low vaccination rates.

Missouri hospitals have been overrun with a surge in COVID-19 cases in recent weeks, with hospitals requesting extra ventilators and bringing in traveling nurses to handle the caseload. As ICU units swell, Steve Edwards, CEO of Missouri-based hospital system CoxHealth, has pleaded with locals to get vaccinated.

“Begging people to take the vaccine while there is still time,” he tweeted Friday (July 9). “If you could see the exhaustion in the eyes of our nurses who keep zipping up body bags, we beg you.”

Similarly, Moore told RNS he has spoken with evangelical doctors “discouraged to the point of exhaustion by the low rates of vaccination among sectors of our fellow Christians,” despite pleading for people to get vaccinated.

In Florida — which has seen the greatest percentage increase in COVID-19 cases over the past week, according to The Washington Post — vaccination rates overall have been higher than in other parts of the Southeast, with none below 20%. But white evangelicals remain best represented in the lowest tier: In counties with 20% to 40% of eligible people vaccinated, white evangelicals make up 36% of the population on average.

In the 40% to 60% range, white evangelicals make up 20% of the counties’ populations. In the 60% or above range, they constitute just 13% of the population on average.

White evangelicals are hardly the only holdouts against COVID-19 vaccination. Other faith groups such as Black Protestants, Hispanic Protestants and white mainline Protestants have also expressed various degrees of vaccine hesitancy or anti-vaccine sentiment when polled. In addition, White House officials are targeting new vaccination efforts at younger Americans, who exhibit lower vaccination rates compared with their elders.

There may also be overlapping issues: In Missouri, counties with spiking COVID-19 cases skew rural, where health care access is often more limited.

But for many, religion’s role is undeniable. CoxHealth released a video last month of a hospitalized COVID-19 patient named Russell Taylor. Speaking to an offscreen interviewer, Taylor explains he did not get vaccinated because he was “skeptical,” adding that his stance on contracting COVID-19 amounted to “Well, if God allows it, it must be.”

Taylor, wearing a hospital gown and speaking between labored breaths, goes on to outline how he contracted the virus that attacked his lungs and left him bedridden for weeks. He insists he now supports vaccination for himself and his entire family — a position that he, again, roots in his faith.

“My stance on that is: God made medicine too,” he says.