(The Conversation) — Fashion companies are increasingly being taken to task for selling expensive versions of traditional Indigenous dress. Gucci’s kaftans came with a US$3,500 price tag, which is far more than the $10 that Indians pay for a very similar-looking traditional kurta. Louis Vuitton’s $700 scarfs resembled the keiffyeh that is viewed as a symbol of Palestinian nationalism and sold in much of the Arab world at a far lower cost. Both fashion labels received criticism, but not only for the seemingly inflated prices. They were accused of appropriating Indigenous cultural artifacts for profit.

It is also an accusation that has been leveled against many celebrities. The American model Kendall Jenner was accused of “hijacking Mexican culture and wearing it as a costume” for her new Tequila 818 advertising campaign. And Canadian singer Justin Bieber is yet again being accused of cultural appropriation for sporting dreadlocks – a natural hairstyle for people of color across many different civilizations.

These are just a few examples of the increasing global phenomenon of people, organizations and businesses being held to account for appropriating cultures outside of their own. Interestingly, though, the boundaries between ethical cultural sharing and exploitative cultural appropriation are not always clear. I am a scholar researching American race and ethnic relations, and students often ask me how they can differentiate between the two.

What is cultural appropriation?

In the halls of academia, discourse regarding cultural appropriation arose in the late 1970s, sparked by the publication of Edward Said’s famous book “Orientalism.” In this work, Said explored how, in the West, cultural notions of the “orient” invariably aided and abetted the material and cultural plundering of Asia.

As research on the history of Western cultural exploitation of Indigenous peoples proliferated, the work and research of American historian and cultural theorist George Lipsitz came to be viewed as laying the foundation for today’s debates regarding what is and what is not cultural appropriation.

Lipsitz, writing in the the 1990s, argued that cultural appreciation becomes cultural appropriation “when an element of culture is adopted from a marginalized group without respect for its cultural meaning or significance or with the purpose of exploiting the culture for economic or social gain.”

That being said, scholarly consensus regarding cultural appropriation has long accepted that the lines between cultural appreciation and appropriation may be difficult to clearly determine in real time, and especially within the contemporary social media-driven zeitgeist.

There have been myriad cases of cultural appropriation of Indigenous and traditional cultures. However, some cases appear to be more clearly unethical and exploitative of culture than others.

The vast plundering of Indigenous cultural artifacts, treasures and traditions that occurred throughout the colonial era provides the clearest historical examples of unconscionable exploitation and appropriation of Indigenous cultures. And, for the most part, the treasures still have not been returned.

A more recent example of clearly unethical cultural appropriation and exploitation of Indigenous cultures for profit came to the fore in 2021 when the government of Mexico accused clothing companies Zara, Anthropologie and Patowl of appropriating and selling designs based on patterns and symbols derived from indigenous Mexican cultures and demanded recompense.

The line blurs a bit when celebrity influencers unwittingly appropriate and inappropriately flaunt sacred symbols of Indigenous and traditional cultures – as in the case of Kim Kardashian sporting earrings patterned from the sacred Hindu Om symbol during a photo shoot for her beauty products line.
In another example, lingerie company Victoria’s Secret has repeatedly used designs inspired by sacred Native American traditions during its fashion shows. 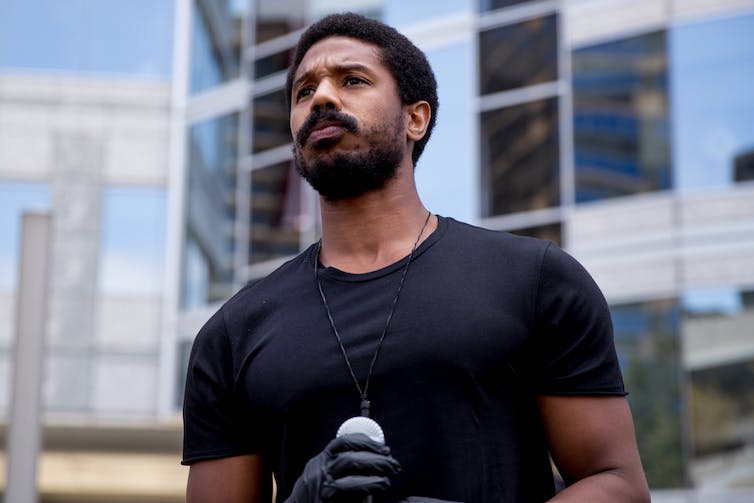 A similar case of blurred lines between cultural appreciation and appropriation arose just last month when actor Michael B. Jordan announced on the U.S. holiday Juneteenth the launch of his new rum brand J’ouvert. The name derives from the Trinidadian word for the early morning celebrations kicking off the nation’s annual Emancipation Day – a holiday marking the abolition of slavery in the Caribbean in 1838.

The marketing campaign for Jordan’s rum reduced this important Trindadian holiday to the tagline – “J’OUVERT Rum is a tribute to the party start,” provoking wide condemnation from Trinidadians, including Trinidadian rapper Nicki Minaj.

In support of Jordan and the rum’s name, some Trinidadians pointed out that one of Jordan’s business partners is Trinidadian and that Trinidad as a nation benefits from the exposure. Some social media commentators argued that the criticism may be misguided because, although Jordan may not be from Trinidad, he is Black, and diverse Black cultures should unite broadly in support of Black capitalism more generally.

Nevertheless, after a few days of contemplation, Jordan and his business partners apologized and opted to rebrand their rum.

The reality is that adjudicating between cultural appreciation and appropriation is never simple, and that is because cultures are vast, complex, historically determined and ever-changing.

In the cases of both Kardashian and Jordan, I would argue that had either of them sought to establish true cultural appreciation for the cultures from which they were drawing, the accusations and inappropriate use of cultural symbols could have been avoided. This could have been achieved through long immersion and deep learning over the years about the history and current manifestations of the cultures.

Americans are increasingly living within fantastically diverse multicultural worlds. Sharing in each others’ cultures is not only good; when done right, it is important and helps build community.

(Joshua E. Kane, Lecturer, Arizona State University. The views expressed in this commentary do not necessarily reflect those of Religion News Service.)