(RNS) — A spokesman for La Luz del Mundo, a Mexico-based Pentecostal movement that claims millions of members worldwide, said congregants are frightened and nervous after an attempted burglary and a shooting took place at two of its churches in Nevada and Texas in recent weeks.

“This is madness. This is so sad and frustrating that individuals are doing this,” said Jack Freeman, the movement’s U.S. spokesman and a La Luz del Mundo minister in California.

The incidents occurred just a couple months before trial is set to begin on Sept. 27 for Naasón Joaquín García, the leader of La Luz del Mundo, who faces counts of forcible rape and forcible oral copulation of a minor, human trafficking and possession of child pornography.

Two weeks ago, police in Texas arrested Josue David Cordova, 27, after authorities said he fired a dozen gunshots just before noon at a La Luz del Mundo church in north Houston, according to the Houston Chronicle.

About 50 or so congregants were at the church, but no one was hurt, the church said.

Citing court records, the Houston Chronicle reported that Cordova “took aim at the church for believing that the church was responsible for brainwashing his family.”

In the Nevada case, police said the preliminary investigation suggested “this incident was an attempted burglary and not a hate incident targeting the place of worship.”

Between 12:30 and 1 a.m. Wednesday (July 21), two suspects tried to get into a La Luz del Mundo temple in Henderson, Nevada, said Alan Olvera, a spokesman for the Henderson Police Department. After failing to get in through a rear door, they fired an airsoft BB/pellet gun into a front window, Olvera said. There were no injuries or interior damage to the church.

“All we know is our church, which is one of many in the immediate area, was the victim of this situation,” he said.

“This event caused us great concern. It may just be a burglary, but until the investigation is done we will remain concerned,” Freeman added.

In a statement, the Nevada temple urged the faithful to pray “so that religiously motivated hate crimes may be eliminated.”

Founded in 1926 by García’s grandfather, Eusebio Joaquín González, La Luz del Mundo rejects the Christian concept of the Trinity. It teaches that Jesus is God’s son and that church leaders, such as García, his father and grandfather, are his apostles.

They eschew religious symbolism, viewing crucifixes as idolatry. During worship, genders are segregated in the pews, and women cover their hair and wear long, modest skirts.

Followers of La Luz del Mundo do not celebrate Christmas or Easter but do recognize the birthdays of García and the other apostles.

Said Freeman: “We’re very aware that there’s a situation going on, but the trial is not about the church. The trial is about an individual.”

Christianity
George O. Wood, dead at 80, remembered as ‘door-opener’ in leadership of AG 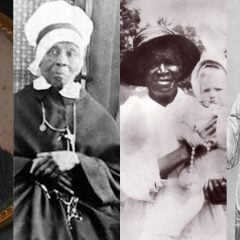