(RNS) — Hosting a panel on vaccine misinformation, Jeannie Gaffigan didn’t mention her Emmy-nominated comedy writing or the sitcom she produced based loosely on her life. She introduced herself simply as a “normal mom of five.”

Surrounded by Zoom boxes featuring medical experts, Gaffigan, wife of Catholic comedian Jim Gaffigan, gave her credentials simply as “concerned mother.” The panel’s attempt to reach vaccine hesitant Catholics began with the question: What makes information — and the authority behind it — trustworthy? Is it shared experience, shared faith, or is the scientific evidence enough?

Gaffigan collaborated with Loyola Marymount University in Los Angeles to host a virtual panel on Tuesday (Aug. 31) directed specifically at Catholic audiences. The panel, titled “Vaccines Are a Life Issue,” examined the most widespread pieces of vaccine misinformation and walked the audience through responses to each.

In late July, Gaffigan issued a call-out on Twitter, seeking Catholic doctors and scientists who could talk about why the COVID-19 vaccine was what she called a “pro-life” issue.

Gaffigan wanted to address the COVID-19 vaccine hesitancy she was seeing among religious folks across social media. Some were referring to it as the “mark of the beast.” Others were concerned over whether the vaccine increased the risk of miscarriages and infertility, which research has shown is not the case.

Gaffigan opened with asking panelists what made them qualified or trustworthy.

“We’ve lost our ability to trust anything because of all this craziness going on in the world,” said Gaffigan.

The first speaker, Dr. Daniel Chavira, an emergency department doctor in Los Angeles, said he was disturbed by polling that showed public trust in nurses and doctors has weakened. “We’re still out here taking care of you,” he said.

Gaffigan, in 2017, survived major brain tumor surgery, and her admiration for front-line workers like Chavira stuck with her since then. “When I was in the hospital on a ventilator,” said Gaffigan, “seeing all the people who worked in health care, I thought, these are angels and saints on earth.” 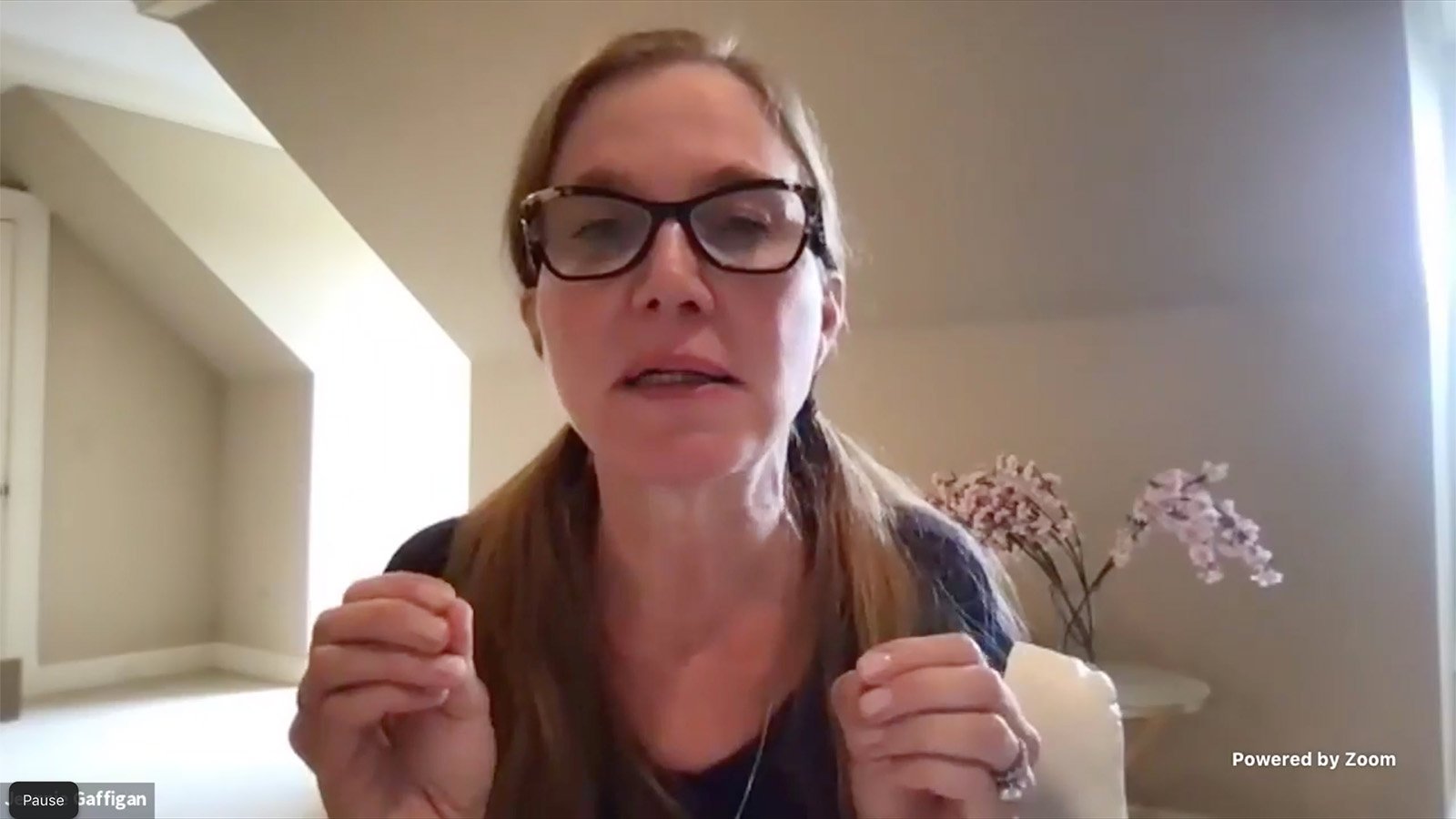 The panel consisted of six Catholics from across the medical field and around the globe and they made appeals to a shared faith identity, to “pro-life” values and to the common commitment of believers in a universal church.

They also spoke directly to Republican-identifying Catholics and supporters of former President Donald Trump, pointing out that even though he initially minimized the dangers of the pandemic and eschewed mask wearing, Trump recently encouraged supporters to get vaccinated. The Trump administration was responsible for initiating Operation Warp Speed, which funneled over $10 billion into COVID-19 vaccine development.

The Rev. Nicanor Austriaco, a priest and molecular biologist, noted that money was a key reason the vaccines were developed so quickly.

“Governments are dumping money on anyone and everyone who is trying to come up with a vaccine,” said Austriaco.

“People seem to think it’s only liberals who are pushing for vaccines and masks. But that’s not true,” said Harvard physician Tommy Heyne. Heyne pointed to colleagues and friends across the political spectrum who have gotten vaccinated, adding that Trump himself recently urged supporters to get vaccinated.

Finally, Heyne invoked a different authority, citing the pleas by Pope Francis and many bishops to get vaccinated. “As a wannabe faithful son of the church, I know that I’m being obedient to the leaders that the Holy Spirit has given us,” said Heyne.

Austriaco presented vaccination as a social justice issue on a global scale. He criticized American vaccine skepticism in light of the immense vaccine stockpiles the United States has versus the rest of the world.

“I have seen Filipinos lining up at 1 a.m. hoping to get a shot at 9 a.m.,” Austriaco said, contrasting that with American unwillingness to get vaccinated as doses expire.

His voice strained by tears, Austriaco called upon American Catholics to think of the ethical issues at stake as broader than their own bodies and their own selves:

Editor’s note: This story has been updated to correct the spelling of Rev. Austriaco’s name.