(RNS) — I was a new mother when murderous criminals flew two planes through the Twin Towers 20 years ago.

My son, Tariq, was a little over a year old, and I had taken that time off from my corporate job to be a full-time mom. We named Tariq after the 87th chapter of the Quran, a set of verses about guardian angels and God’s plan for each of us despite our apparent difficulties.

The melodic recitation explained that “Tariq” meant “a star of piercing brightness.” And my son was just that — a light in my life. Inquisitive, an early talker, incredibly affectionate. I loved being a mom. I threw myself into it fully like everything I do.

RELATED: For some US Muslims, raw talk on suicide, mental health

But there were also spans of days and sometimes weeks when I felt completely overwhelmed, inadequate and anxious.

The attacks on that September morning pierced one such stretch of heaviness.

The next day, we moved from Cincinnati to Pittsburgh. I’ve often told the story of my first week after the attacks and how much it meant to me to walk into my new mosque that first Friday to find half the congregation made up of people of every faith and no faith, there to show our community solidarity, not scorn. It was genuinely heartening, a real moment of human connection that changed the way a terrible event was impacting my world.

But it was also temporary. The days and weeks that followed were some of the most alienating and enraging of my life. Not only had my country been harmed, but this horror was followed by a string of traumas: the war in Afghanistan, the Patriot Act, the FBI visit to my house, being randomly selected for secondary screening every time I traveled, the micro assault at Target, news of targeted violence against mosques and Islamic schools and the run up to the Iraq War.

All this was the backdrop to beginning business school as the only hijab-wearing woman in a class of 150, toddler in hand, and figuring out a new city where I knew no one. I felt myself sinking into emotional quicksand, wanting to isolate myself from an outside world I perceived as hostile to me.

Much has been written about the impact of 9/11 on the general American public’s perception of Islam and Muslims. How does the Muslim community do a better job of reaching out and building understanding? How do Muslims and allies educate the public, swaying the average American’s worldview to a more tolerant perspective?

Addressing Islamophobia among the public at large is critical and should concern all Americans. But what of the emotional and psychological impact of this toxic climate on Muslims’ worldview, a community that is rarely spoken of in terms of vulnerability or emotional wounds. What is the mental health impact of the past 20 years on those whose identity had become a “smear” for a political campaign to correct? 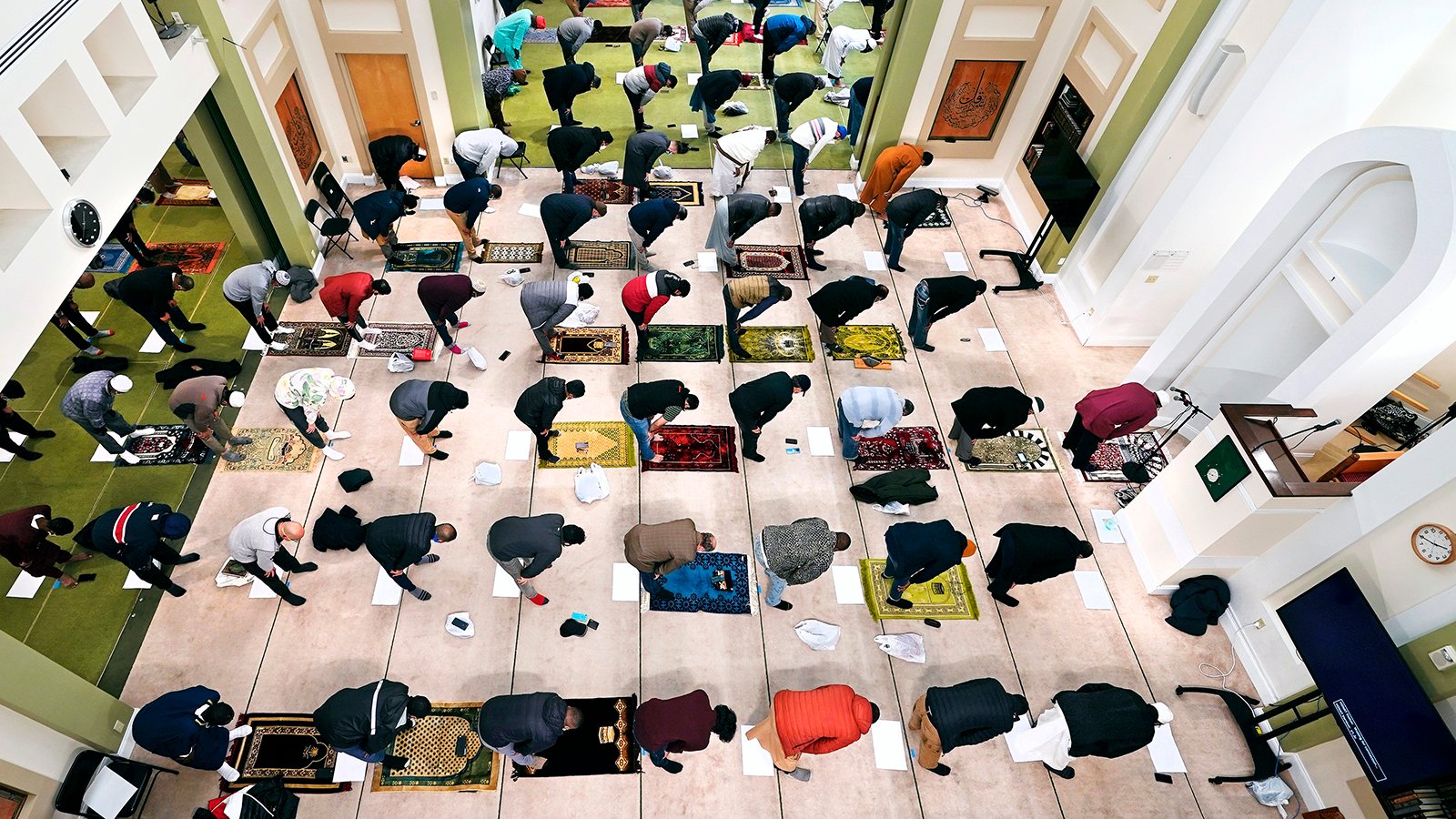 Worshippers, socially distanced due to COVID-19 concerns, bow in prayer at the Islamic Society of Boston during the first Friday of the holy month of Ramadan, April 16, 2021, in Boston. (AP Photo/Charles Krupa)

A new study in JAMA Psychiatry using ISPU data suggests we cannot afford to ignore this issue. Muslims in the U.S., a religious group that is vulnerable to discrimination, are twice as likely as other faith groups to have attempted suicide. It is a troubling statistic, and, thankfully, Muslim mental health professionals are taking it seriously.

Since 9/11, Muslim psychologists and psychiatrists have established several organizations to meet the unique mental health needs of Americans who are Muslim. These include the Institute for Muslim Mental Health, which provides a directory of Muslim mental health practitioners, and the Khalil Center, which offers culturally informed direct care, among others.

One of the lead authors on the JAMA article, Dr. Rania Awaad, a professor at Stanford University and head of the Stanford Muslim Mental Health and Islamic Psychology Lab, is conducting trainings for imams around the country on suicide prevention and intervention. She is also building a new organization, Maristan, which seeks to revive traditional Muslim models of holistic mental health care. It also emphasizes that our faith tradition sanctions and indeed encourages seeking help for mental health needs from medical professionals.

I ultimately made it out of the quicksand with therapy — and a divine sign.

RELATED: Complete coverage of the 20th anniversary of 9/11

While making dinner one evening in the late fall of that year, I found my peace in a story I heard on a tape of lectures about the prophet’s life. The Meccan elite persecuted the messenger of God and his followers for 12 years, torturing and starving them for what they believed. But he called one particular incident the most difficult day of his life.

It was when the leaders of Ta’if, a mountain village 70 miles outside Mecca, cast the prophet out, and then children and street thugs pelted him with stones as he left in a show of rejection and ridicule. Yet the prophet’s heart never hardened. Instead of isolation, he continued to work for compassionate connection.

If my moral example built bridges and not bunkers in pagan Mecca, then I could certainly do the same in suburban Pittsburgh. I eventually went from not wanting to leave my house to leading the outreach program at my new mosque.

If the messenger’s story got me through my darkest hour, what got him through his? 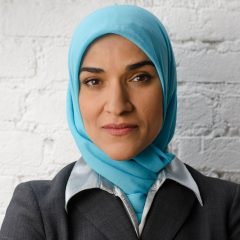 Turns out that while being stoned on that heartbreaking day, he recited one particular section of Scripture over and over for comfort and solace. It was a section called Tariq, the 87th chapter of the Quran, a set of verses about guardian angels and God’s plan for each of us despite our apparent difficulties.

(Dalia Mogahed is the director of research at the Institute for Social Policy and Understanding. The views expressed in this commentary do not necessarily reflect those of Religion News Service.)

Donate Now!
Posted in
FaithHealth & LifestyleIslamOpinionThe 20th Anniversary of 9/11
Follow us on Facebook!
Submit your photos to RNS