Pope Francis has joined the chorus of people calling on Missouri Gov. Mike Parson to grant clemency to a death row inmate who is set to be executed for killing three people during a 1994 convenience store robbery.

In a letter last week, a representative for Pope Francis wrote that the pope “wishes to place before you the simple fact of Mr. Johnson’s humanity and the sacredness of all human life,” referring to Ernest Johnson, who is scheduled to be executed at 6 p.m. Tuesday at the state prison in Bonne Terre, about 50 miles (80 kilometers) south of St. Louis.

Parson, a Republican, has been considering whether to reduce the 61-year-old Johnson’s sentence to life in prison without the possibility of parole. 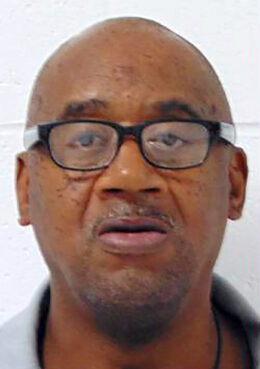 This undated photo provided by the Missouri Department of Corrections shows Ernest Johnson. Missouri death row inmate Ernest Johnson will be executed Tuesday, Oct. 5, 2021, unless the courts or Gov. Mike Parson steps in. Johnson killed three people during a 1994 robbery at a convenience store in Columbia. His execution would be just the seventh in the U.S. this year. (the Missouri Department of Corrections via AP)

Johnson’s attorney, Jeremy Weis, has said executing him would violate the Eighth Amendment to the U.S. Constitution, which prohibits executing intellectually disabled people. He said multiple IQ tests and other exams have shown that Johnson has the intellectual capacity of a child. He also was born with fetal alcohol syndrome and in 2008, he lost about 20% of his brain tissue to the removal of a benign tumor.

Racial justice activists and two Missouri members of congress — Democratic U.S. Reps. Cori Bush of St. Louis and Emmanuel Cleaver of Kansas City — have also called on Parson to show mercy to Johnson, who is Black.

The Missouri Supreme Court in August refused to halt the execution, and on Friday declined to take the case up again.

Johnson admitted to killing three workers at a Casey’s General Store in Columbia on Feb. 12, 1994 — manager Mary Bratcher, 46, and employees Mabel Scruggs, 57, and Fred Jones, 58. The victims were shot and attacked with a claw hammer. Bratcher also was stabbed in the hand with a screwdriver.

Johnson previously asked that his execution be carried out by firing squad, but Missouri doesn’t allow that method of execution. His lawyers argued that Missouri’s lethal injection drug, pentobarbital, could trigger seizures due to the lost brain tissue.

If the execution takes place as scheduled, it would be the seventh in the U.S. this year but the first not involving either a federal inmate or a prisoner in Texas.

The peak year for modern executions was 1999, when there were 98 across the U.S. That number had gradually declined and just 17 people were executed last year — 10 involving federal prisoners, three in Texas and one each in Georgia, Tennessee, Alabama and Missouri, according to a database compiled by the Death Penalty Information Center.