(RNS) — Gurjot “Jo” Kaur is a fiery civil rights lawyer whose intense commitment comes from witnessing her working-class parents labor to provide for their family, watching her deaf sister face barriers in a society not designed for people with disabilities, seeing the racism her father endured as a turban-wearing Sikh immigrant.

Jo and I had long been friends. We have long shared experiences of being excluded as Sikhs growing up (I in Texas, she in Florida) and, as adults, our devotion to equal rights. We were close enough that she invited me to offer a prayer at her wedding. Late one night a few months ago, she called to tell me her newborn son, Riaan, had been diagnosed with a rare disease called Cockayne Syndrome and the prognosis was not good.

Jo’s passion for advocating for civil rights was turned to advocating for those with rare diseases, absorbing an encyclopedia’s worth of information about inequities in drug development and our health care system. She taught me that it’s parents like her who are forced to fund and push for scientific research to develop new treatments. I’ve watched a mother, my friend, fight desperately for her child’s life, leveraging every available skill and resource she has to save her son.

I talked with Jo about her experiences, with hopes that others will be touched by her story. The interview has been edited for clarity and length.

You’ve gone from a civil rights lawyer to a mom to a rare-disease advocate. What has this transformation been like for you? 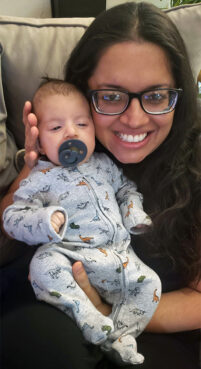 It’s been the toughest and loneliest of my life, because it was born from necessity, not joy or excitement. I chose to be a civil rights lawyer. I chose to be a mom. I didn’t choose to be a rare-disease advocate, at least not in the same way.

My parents wanted me to become a doctor. I resisted and went to law school instead because I always hated all things related to medicine or health. I was a fan of words and logic, not blood and biology. Yet as soon as we received the news that Riaan had this fatal disease, with no approved treatments, I found comfort in the science, in researching hungrily to understand this disease I had never heard of, for an answer to save my baby’s life. The Friday night we received the diagnosis, I was up all night reading medical journals and emailing scientists.

To my surprise, some responded, and one thing led to another, and three months later, we founded Riaan Research Initiative — the first research advocacy 501(c)(3) nonprofit organization to accelerate the development of treatments for Cockayne Syndrome.

How have you leaned into your Sikh faith for support and guidance?

As an attorney who has spent much of her career fighting for Sikh rights, I often leaned into, relied upon and relayed the rich stories of resilience and courage from Guru Gobind Singh Ji’s life, or the revolutionary egalitarian vision and compassion of Guru Nanak Dev Ji. After Riaan’s diagnosis, I found myself looking into the life of Guru Har Krishan Ji, a child himself, who destigmatized sickness, who spent his days helping those who suffered from smallpox. 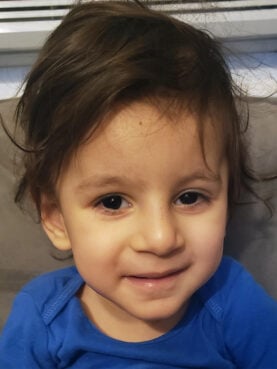 There are so many other examples in Sikh history of seva (selfless service) to alleviate mass suffering, to humanize people with disabilities and/or illness that gave me fuel to march forward, to lift my head off the pillow.

My life’s journey — because of my beautiful baby boy — has shifted. I learned about the inequities and challenges in the rare-disease and drug development space, how the issue is not necessarily about “finding” a cure, but raising enough money to fund a cure. When a disease is so rare, it is not seen as profitable and often ignored by biotech or pharmaceutical companies, or even academia. It’s often up to motivated parents to drive the research, to develop a cure.

No one had done it for Riaan’s disease, and we became committed to doing what we can to developing a treatment, in his name, and in allegiance to the Sikh principle of sarbat da bhalla — for the betterment of all. We have to save these beautiful kids because if we don’t, who else will?

What have you learned that you wish people knew?

I never thought it would be me either. This wasn’t going to be our life story. I just wanted a boring, loving family life with my baby boy and husband. I was going to be a lawyer until I retired. I didn’t even think about genetic disease. I worried about having a miscarriage or stillbirth, or that my gestational diabetes would harm Riaan in some way. Never in a million years did I think Riaan would inherit a disease that only impacts two in a million children!

I had the prenatal genetic screening done while pregnant with Riaan, and my husband and I did not come up as a match for any disease they tested. Little did we know that there are more than 7,000 rare diseases and they do not test for many of them on those panels. Though rare on their own, together they impact a lot of people around the world and are not actually rare. One in 10 people worldwide have a rare disease. Somebody you know probably has a rare disease. 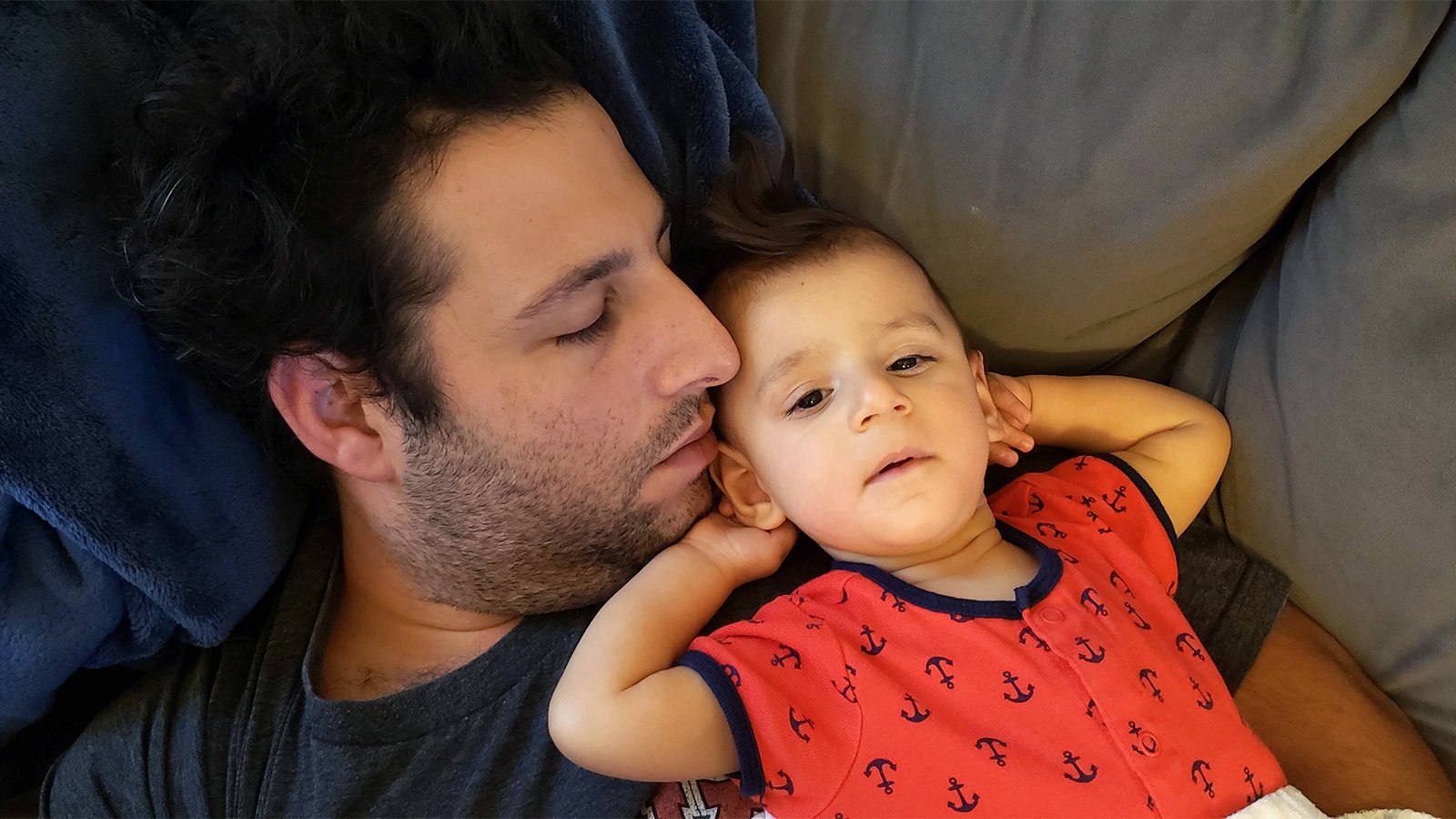 I have met many parents of children with genetic diseases, and so many of us are fighting hard, and doing everything we can to find a cure for our children. Many have left their careers. They are fundraising for the first time, spending days and nights running nonprofit organizations while taking care of their sick children and trying to create miracles. I’m in awe — I’ve never seen such resilience and courage. And often no one knows our stories, or just glosses over them.

Just last month, I wrote a blog post called “Let’s Talk About Mice.” It makes me laugh at times but I think about mice a lot — so do other rare-disease parents. If the therapy works on mice, it could work on our kids. I never imagined that I would understand or talk about science and experiments, genetic disease and gene therapies in the way that I do now!

How is Riaan doing right now? And what are your hopes for him?

Riaan is the most beautiful, brightest and courageous little boy! He’s 21 months old, and he’s as lovely and funny as could be. He’s always in chardi kala (a Punjabi term meaning full of joy), and he’s progressing. His severest delays are in his gross motor skills — he struggles with sitting independently, and cannot stand or walk on his own. He also cannot talk, and only eats purees. 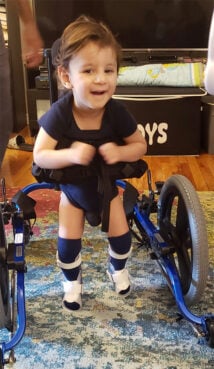 However, he understands everything, he’s interactive, he has his favorite “Sesame Street” songs — if a song comes on the phone that he doesn’t like, he’ll swipe the screen. He is great at choosing books he wants to read. Lately, he’s been enjoying a game called Tower Defense with his dad, where his dad builds an allegedly indomitable tower, and Riaan — the beast — finds a way to knock it down. Riaan is always successful, and his victory giggles are priceless.

The tragic news is that Riaan has been given an average life expectancy of five years. We are praying and working very hard to get a gene replacement therapy developed in time for him and other children with his mutation, as well as exploring whether there are already approved drugs that can be repurposed for his disease to alleviate some symptoms or delay disease progression.

We’re grateful to our partners at the University of Massachusetts Chan Medical School and the Horae Gene Therapy Center — specifically the labs of Dr. Miguel Sena Esteves and Dr. Rita Batista — who are working on pre-clinical studies to develop a gene therapy for Cockayne Syndrome as we speak. Riaan Research Initiative is honored to have helped launch and fund this program at UMass, and are intensifying our efforts to fundraise — we need about $4 million — to see this project through to a clinical trial.

Sometimes it all feels insurmountable, but then I remember that we have already achieved the impossible in the last few months. Our Riaan is a perfect, special boy, a blessing from the universe, and science is advancing rapidly. I’m a person of faith, and a believer in science. There’s reason to hope. 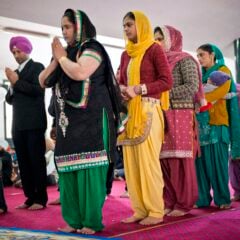 Religion Hub
What is the Sikh festival of Baisakhi and why is it so sacred? 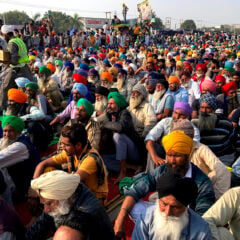 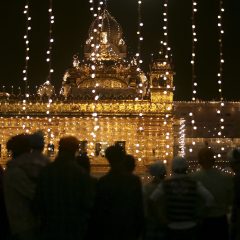 Articles of Faith
On Vaisakhi, making the spiritual and long ago immediate and personal 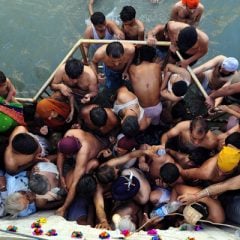 Arts & Culture
Photo Slideshow: Sikhs from four continents flock to Pakistan for Vaisakhi festival
Follow us on Facebook!
Submit your photos to RNS