(RNS) — For $35.95, parents who want to discipline their kids “God’s way” can buy a handmade paddle, complete with Bible verse and free Prime shipping from Amazon.

The “Board of Education” child discipline paddle is “handcrafted of solid wood,” with a predrilled handle for hanging but otherwise no holes to “weaken paddle causing it to split,” according to the product description on Amazon.

Emblazoned with the words “Proverbs 29:15” — a reference to a Bible verse that reads, “A rod and a reprimand impart wisdom, but a child left undisciplined disgraces its mother,” according to the New International Version translation — the paddle also comes with “laminated suggested spanking guidelines.”

The online retailer’s algorithm recommended the paddle, which was listed as an “Amazon’s Choice,” a label Amazon uses to describe products that best match a customer’s search. Other options under “child discipline paddle” include sorority/fraternity spanking paddles — both with and without holes — and wooden spanking spoons.

The “Board of Education” is one of a number of family resources offered by “The Montgomery Line,” run by Christian speakers Clarence and Susan Montgomery from Georgia.

Married for more than 40 years, according to their website, the couple has seven kids and 14 grandchildren and advises Christians on how to have a happy marriage and properly discipline children. 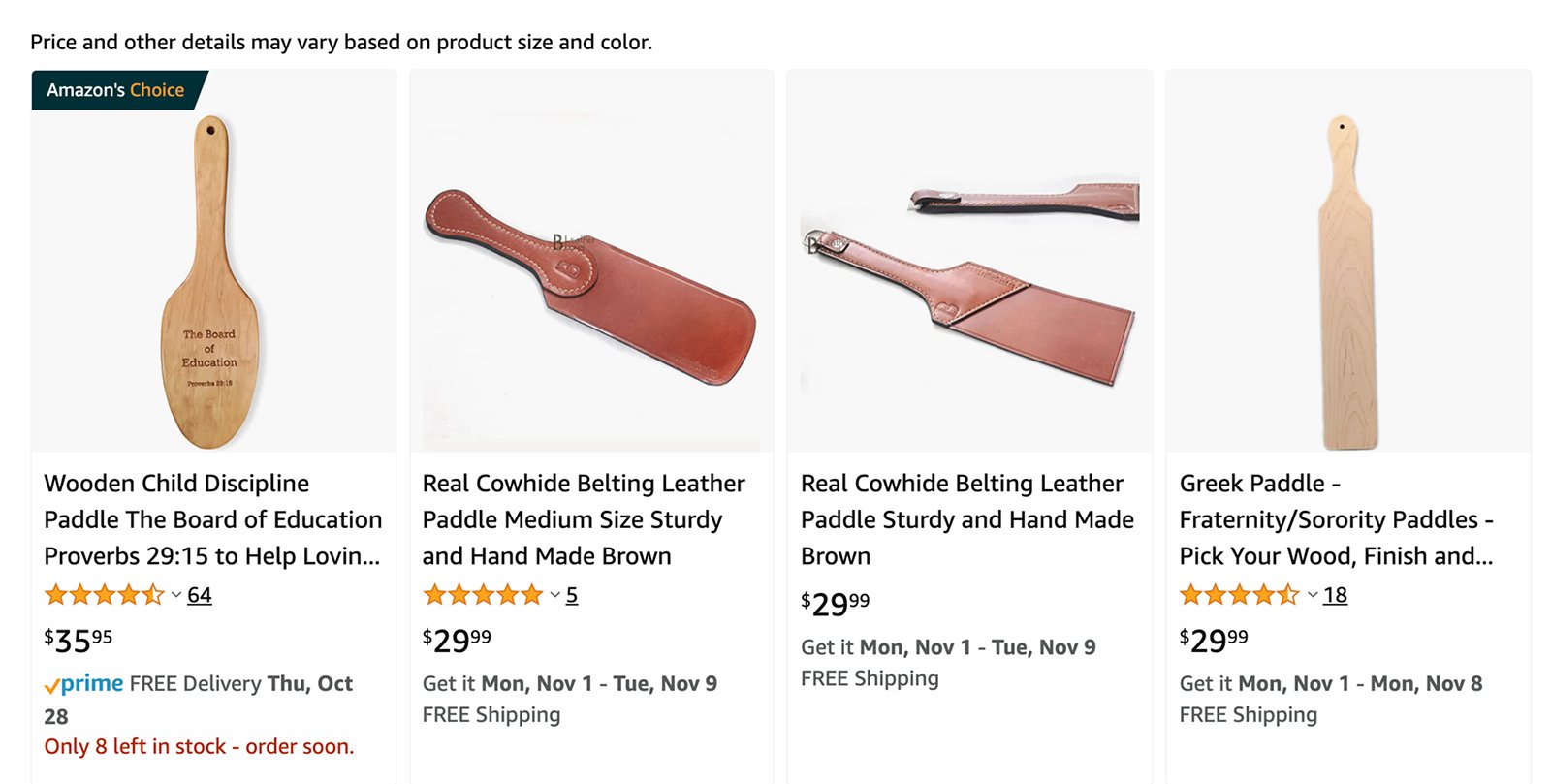 For about $40, they also sell a keepsake journal for recording memories about raising sons and a book on “Biblical Child Discipline Made Plain.” That book is also offered for free through Amazon’s Kindle Unlimited service.

The familiar phrase “spare the rod, spoil the child” does not appear in the Bible, but a similar sentiment is found in Proverbs 13:24: “Whoever spares the rod hates their children, but the one who loves their children is careful to discipline them.”

In their book, the couple advocates spanking as part of God’s design for parenting and offers a step-by-step guide on how to spank.

The couple warns parents to not spank in anger and to do so only in cases of willful disobedience — when a child knows what a parent wants them to do but refuses to follow instructions. 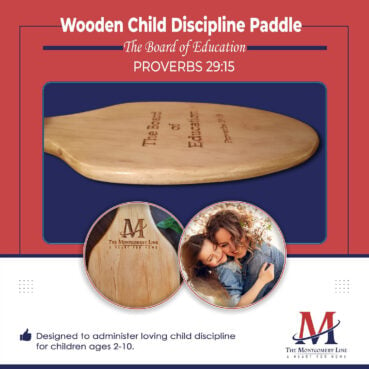 That’s where the paddle comes in.

“The consistency of these findings indicates that physical punishment is harmful to children and that policy remedies are warranted,” according to a summary of the findings.

The Montgomerys did not immediately respond to a request for comment. In a YouTube video, Clarence Montgomery talks about how the Bible taught him and his wife how to have a happy home.

“All across this great country, a mighty movement of God-fearing parents is emerging,” he said in the video. “Yes, a crusade of dads and moms who are embracing and excited about embracing God’s model for the home.”

Amazon customers who bought the Board of Education gave it mixed reviews. One reviewer said that the sight of the paddle “inspires good behavior,” while another complained that it broke the first time they used it.

The online retailer has pulled controversial religious products in the past, such as bathmats featuring Quranic texts and a doormat depicting Hindu gods.