(RNS) — Hours after an SUV driver plowed into a Christmas parade in suburban Milwaukee, the Catholic Community of Waukesha gathered for a bilingual prayer service Monday evening (Nov. 22) for all those affected by the crash that killed at least five people and injured nearly 50 others.

“We all come here tonight with a story of what happened yesterday,” said the Rev. Matthew Widder, who led the prayer service, which was in English and Spanish. “Some of us were there on the parade route, others were watching at home and seeing something all of a sudden interrupt the news or social media. All of us in some way or another are connected.

“We come here tonight with many people counting on our prayers,” Widder added. “We also gather as a body seeking healing.”

The Catholic Community of Waukesha — a network of the four parishes of Waukesha — said in a statement on Facebook that several parishioners were injured and hospitalized. The Rev. Pat Heppe was also hospitalized and was released, Widder said during the service. Counselors from Catholic Charities were on hand at the service, which was held at St. William Parish.

A post shared by Catholic Community of Waukesha (@ccwauk)

Police Chief Dan Thompson said that there was no evidence the crash Sunday was a terrorist attack or that the suspect, Darrell Brooks Jr., knew anyone in the parade, according to The Associated Press.

Brooks, 39, of Milwaukee, had left the site of a domestic disturbance before officers arrived and was not being chased by police at the time of the crash, Thompson said.

The horrors of the incident were documented across social media, including on the city’s stream on Facebook. The city footage shows residents in coats and beanies, cheering and watching as performers in Santa hats march along the parade route. The parade came to a stop as police vehicles sped through. 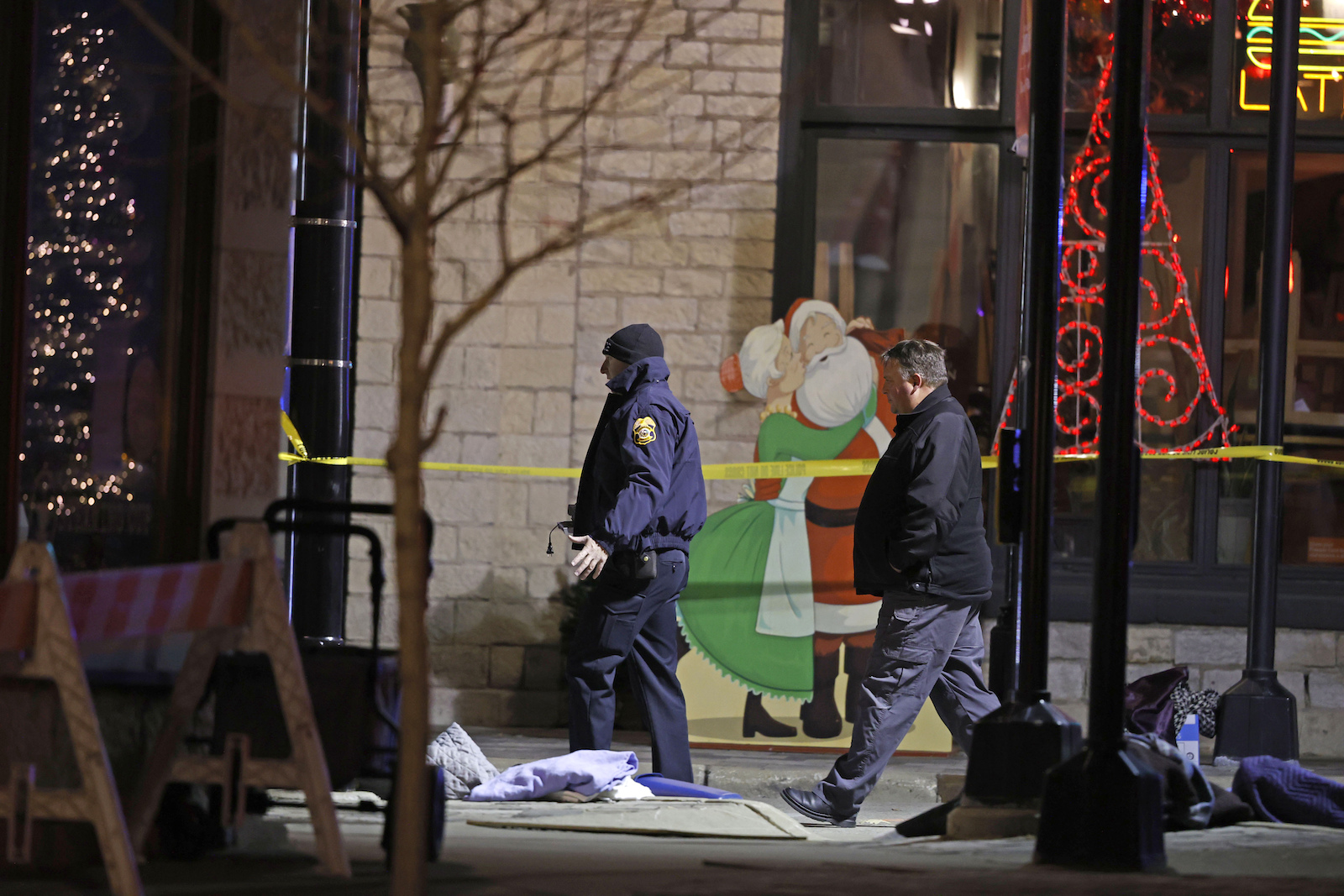 Amid the crisis, Widder told congregants they should be proud of their city, seeing how law enforcement, hospital workers and everyday people responded to the crisis.

“It was absolutely incredible and inspirational, the way the people came off the street with blankets for people … people came out of the street to say ‘what can I do’ or ‘I’m an EMT,’” Widder said.

“In the midst of the crisis, there were angels and saints that stepped forward — absolutely incredible and an absolute marvel to see,” Widder said.

Added Widder: “Jesus weeps with Waukesha yesterday, today and the future, but Jesus also wishes to bring healing. We take strength in that.”