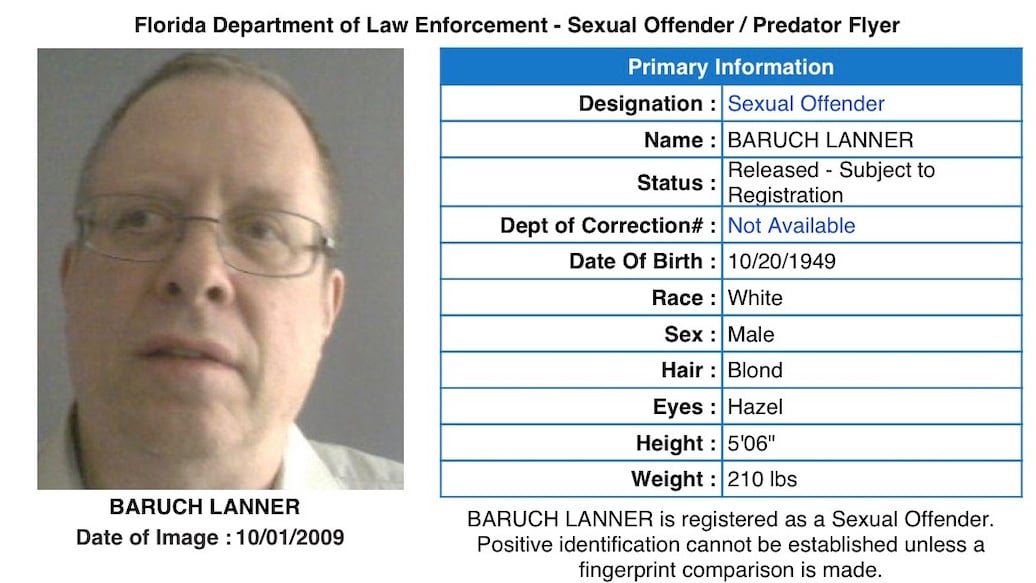 (RNS) — Four women who allege they were sexually abused by a rabbi as girls have filed suit against the Orthodox Union and its youth arm, claiming they allowed the rabbi’s predatory conduct to continue after numerous complaints.

The suit was filed in New Jersey Superior Court one day before the state’s two-year window for old sexual abuse cases closes Tuesday (Nov. 30). ​​New Jersey’s 2019 Child Victims Act offered residents who were previously prevented from filing lawsuits because of a statute of limitations a two-year look-back window.

The suit alleges Rabbi Baruch Lanner abused girls in his charge beginning in the 1970s when he organized weekend synagogue retreats for the Orthodox Union’s National Conference of Synagogue Youth. He also led six-week youth summer programs in Israel.

Lanner, now 72, is a convicted sex abuser. In 2002, he was convicted of sexually abusing two teenage girls who were students in the 1990s at Hillel Yeshiva High School in Deal, New Jersey, where he had been principal.

Lanner was sentenced to seven years in prison and four years of probation.

The lawsuit comes as American Jews undertake a reckoning over sexual abuse. This year, the Reform and Conservative movements, the largest U.S.-based Jewish religious groups, announced they were initiating investigations into reports of sexual abuse. The Conservative movement for the first time posted to its website a list of rabbis who were expelled or suspended for violating various codes of conduct, including sexual misconduct. Earlier in November, the Reform Jewish movement’s seminary, Hebrew Union College-Jewish Institute of Religion, published a wide-ranging investigation of sexual misconduct. Several other investigations are ongoing.

Orthodox Jewish groups, which represent the smallest share of U.S. Jews, about 9%, have been less active on sexual abuse issues.

In the suit, the four women, two Israelis, one New Yorker and one living in New Jersey, say Lanner preyed on them and groomed them for his own sexual gratification. The women are not identified in the lawsuit because they were abused as minors.

Lanner’s misconduct was extensively reported by The New York Jewish Week in 2000. It also broke the story of the lawsuit via the Jewish Telegraphic Agency on Monday.

Boz Tchividjian, one of the lawyers representing the women, told Religion News Service, “We’re alleging they knew or should have known about Lanner’s conduct and didn’t take prompt corrective measures to stop it and remove him, and as a result our clients were abused.”

The women are suing for an unspecified amount of money for pain and suffering and costs of medical treatment, as well as any punitive damages a judge might deem proper.

An Orthodox Union spokesperson said it could not comment on pending litigation.