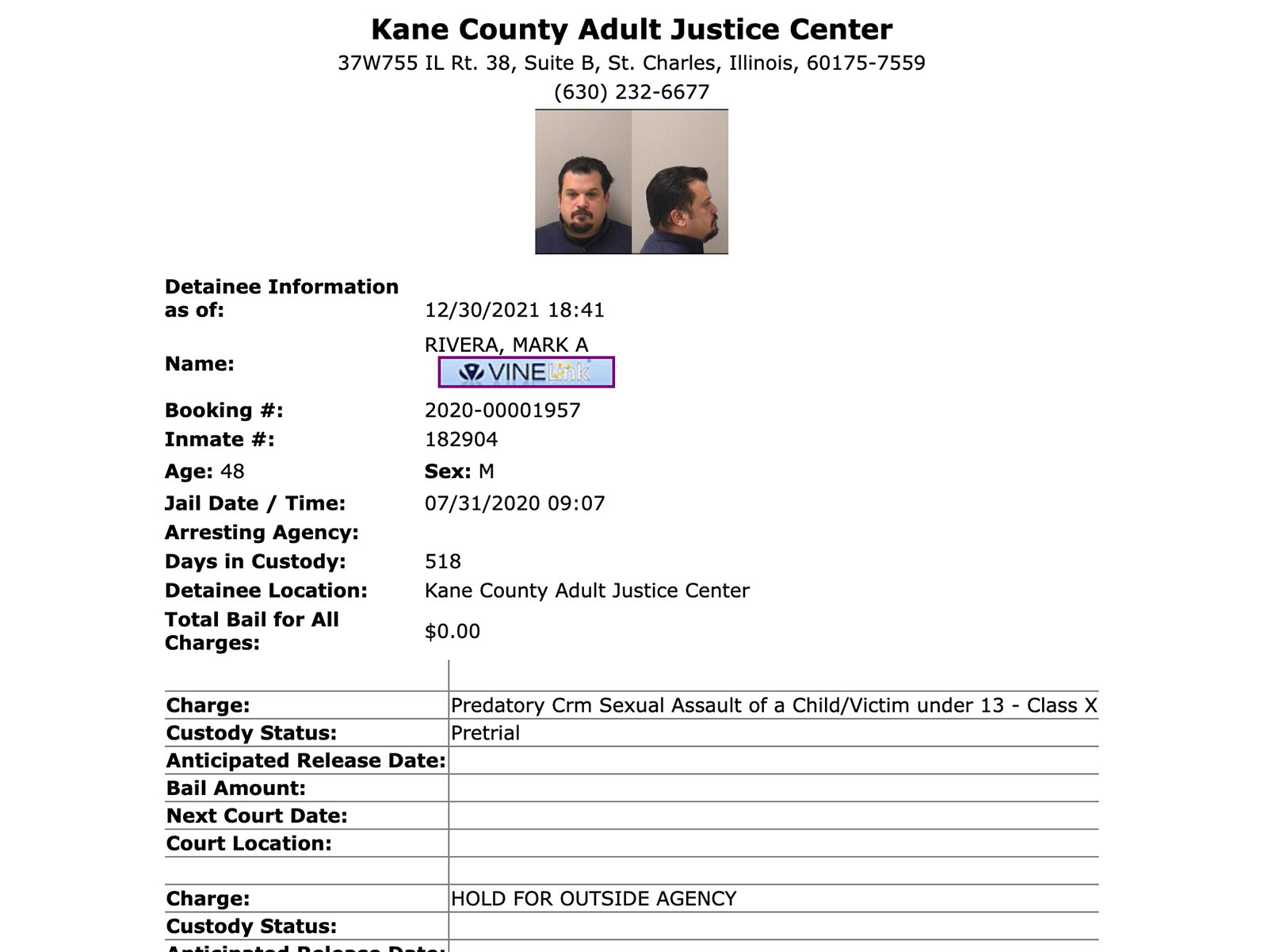 (RNS) — A former lay pastor in a conservative Anglican denomination was charged Wednesday (Dec. 29) with two felony counts of criminal sexual assault in the Kane County, Illinois, circuit court. The charges come a year after Joanna Rudenborg reported Mark Rivera, her former neighbor, to Kane County police, accusing him of raping her in 2018 and again in 2020.

According to Pat Gengler, undersheriff at Kane County, bail was set at $50,000 and Rivera was released after a hearing. “He’s on home monitoring, so he does have a GPS bracelet which greatly restricts his movements,” said Gengler.

Rivera’s lawyer did not respond to a request for comment. The next court date in the case is set for Jan. 19.

“I’m glad he was finally charged and the prosecution is happening,” said Rudenborg. “It’s certainly validating that the state looked at the evidence and said, this is a strong case worth pursuing. … I hope that my story being taken seriously by the authorities will help other people take other victims’ stories more seriously.”

The Anglican Church in North America is a relatively young denomination that split from the Episcopal Church and the Anglican Church of Canada in 2009 over the two denominations’ acceptance of LGBTQ clergy and same-sex marriages. Over the last year, the denomination’s Upper Midwest Diocese has been grappling with allegations of sexual abuse by Rivera and a broader pattern of spiritual hazing within the diocese. In July, accusations of mishandling the allegations led the diocese’s bishop to take a leave of absence.

Rivera is also being prosecuted on charges of felony sexual assault and predatory abuse of a victim under 13 years of age, and at least eight others have made allegations of abuse by Rivera, including child sexual abuse, grooming, rape and assault.

Rivera was a lay minister at Christ Our Light Anglican, an ACNA church plant in Big Rock, Illinois, from 2013 to 2019. He was also a volunteer leader at Church of the Resurrection — the headquarters of the Upper Midwest Diocese — in Wheaton, Illinois, from the mid-1990s until 2013.

RELATED: In ACNA abuse case, mother of an alleged victim says she paid a price for coming forward

“At this point, I’m safe from Mark, I’m not in any direct danger, so really what I want is for him to not be able to harm anyone else,” Rudenborg told RNS. “The only way we can be sure that that’s going to happen is if he goes back into custody. So it’s kind of still a waiting game.”