(RNS) — When Sarah Newcomb was in the third grade, she and her classmates got their choice of roles in the Thanksgiving play — a Pilgrim with a buckled hat or a Native American wearing a feathered headband.

Growing up in Virginia as an ethnic Tsimshian, a Native Alaskan people, Newcomb was the only Indigenous person in her class, and she was proud of it. She went straight for the headband, but was surprised to see every other child pick the Pilgrim hat.

When she got home, she asked why there weren’t more brown girls with long, dark hair like her. What happened to all the other Native people?

“We had this religious lesson about how our ancestors had turned away from God, and there was a lot of trauma that happened to Native Americans as a result,” Newcomb said. “We were lucky, because a lot of us survived, but many didn’t.”

RELATED: In 2010, the US apologized to Native Americans. A new spiritual movement aims to recognize it.

Newcomb was raised in The Church of Jesus Christ of Latter-day Saints, which has traditionally taught that Indigenous Americans are descended from a group called the Lamanites, who were cursed by God after rebelling against their more righteous neighbors, the Nephites.

In the wake of a national reckoning over race and justice, more Indigenous members of the faith and ex-members, like Newcomb, are taking issue with this theology and historical injustices the church has carried out against Native Americans. 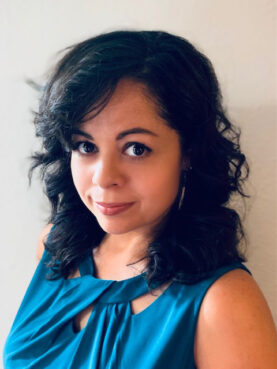 Other LDS members are listening. Newcomb will share her perspective in August at a workshop hosted by the University of Utah titled “Indigenous Perspectives on the Meanings of Lamanite.” One of the workshop’s organizers, Farina King, a professor of history at Northeastern State University in Oklahoma and a citizen of the Navajo Nation, says it is intended to raise up Indigenous voices in a historically white-dominated church and to highlight the diversity of perspectives even among Indigenous members of the faith.

“We have to acknowledge each other’s story. Sit with it. Face it,” King said. “I want us to talk together … if we truly believe even in common humanity, of recognizing our human nature of who we are as human beings in this earth, in this shared space.”

The LDS church has said that “the primary purpose of the Book of Mormon is more spiritual than historical.” However, many LDS church members believe their scriptures to be based in history, telling the stories of an ancient people who migrated to America from the Middle East around 600 BC.

The Book of Mormon holds that the members of one of these groups, the Lamanites, were marked with a “skin of blackness” so that they could be distinguished from the more righteous Nephites. For most of church history, dark skin was seen as a sign of the curse, although the church’s official curriculum now states that “the nature and appearance of this mark are not fully understood” and that skin color later “became irrelevant as an indicator of the Lamanites’ standing before God.”

In 2013, church leaders released a statement saying they “unequivocally condemn all racism, past and present, in any form,” and that dark skin today is no longer considered a sign of “divine disfavor or a curse.”

But for Newcomb, the church’s associations with skin color go beyond morality. The Book of Mormon teaches that because the Lamanites turned away from God, they were cursed to lose their lands and become “scattered and smitten,” although their lands would be restored if they accepted Christianity.

Church manuals also maintain that Christopher Columbus was inspired by God to “make his famous voyage to the Americas.” In Newcomb’s view, this framing excuses the genocide of Indigenous people that followed Columbus’ voyage.

Anthropologists and archaeologists have found no evidence of the civilizations or battles described in the Book of Mormon, and DNA studies show that most Native Americans’ ancestors migrated from Asia during the last ice age, and not from the Middle East.

The LDS church has responded by revising its position to say that Lamanites are “among” the Native Americans’ ancestors, rather than the “principal” ancestors. The church released a statement in January 2014 explaining that Lamanites could have lived at the same time as other tribes, but that their DNA may have been diluted over time, and that “DNA studies cannot be used decisively to either affirm or reject the historical authenticity of the Book of Mormon.” 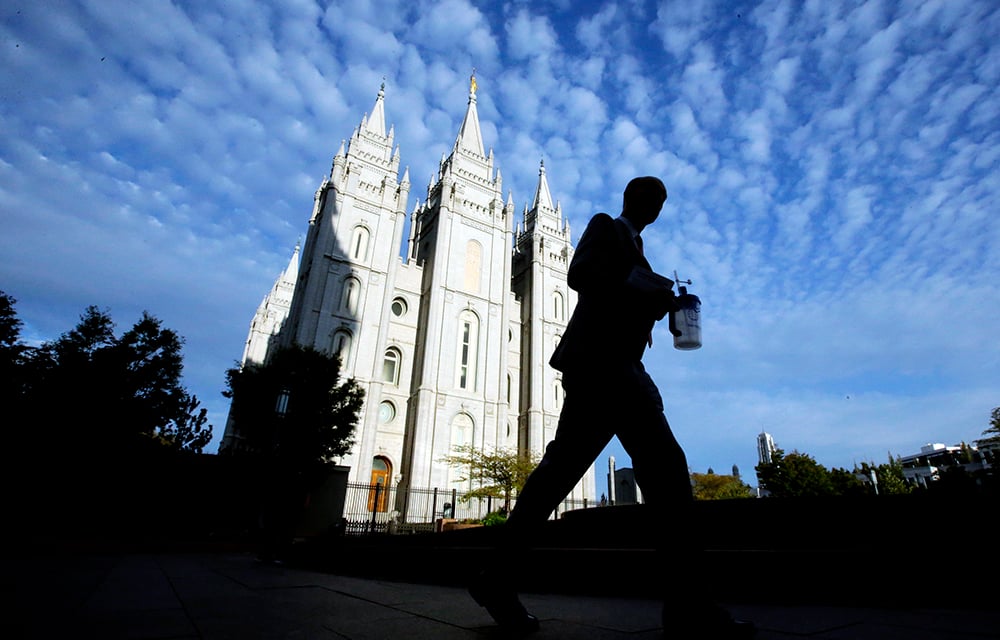 A man walks past the Salt Lake Temple at Temple Square in Salt Lake City on Sept. 14, 2016. (AP Photo/Rick Bowmer)

That response is not enough for scholars like Thomas Murphy, who says that the LDS church continues to blend scripture with history, largely without the input of Indigenous people. “I think the Indigenous people should be the ones telling their own stories,” Murphy said.

Some Indigenous members of the faith are indeed reaching their own conclusions. As a child, Newcomb had a difficult time reconciling her faith and her heritage. Every summer when she visited the Metlakatla Indian Community in Alaska where her mother grew up, she was told not to participate in traditional Tsimshian dancing and cultural ceremonies; her mother said they were a remnant from when her people turned away from God.

After leaving the church six years ago, however, Newcomb reached out to her Tsimshian family in Alaska, building connections she’d been afraid to explore. Her parents didn’t speak to her for months.

King said other church members have found a source of strength in their Lamanite identity, particularly a prophecy that the Lamanites will “blossom as a rose.” Many Native American members of the LDS church take pride in the belief that Jesus Christ came to the Americas. Others may not identify as descendants of Lamanites but still relate to them, King said, or use the term in an endearing way.

“‘Lamanite’ has been used by people, abused by people, to perpetuate colonizing types of power dynamics,” King said. “But some believers find ‘Lamanite’ is empowering, that there were promises to Lamanites that they will be leaders of Zion, leaders of ideal societies and followers of Christ. And that they are not a cursed people, but they are a blessed people.”

RELATED: How religious are Gen Z Mormons in the US? The results are mixed.

King also pointed out that the LDS church played a major role in providing educational opportunities for Native Americans, who in the 1970s and ’80s attended Brigham Young University in larger numbers than any other major institution of higher learning. (At the same time, church-led placement programs for Native American children have been criticized for their assimilationist policies, while revelations of sexual abuse have led to lawsuits.)

But criticism of the church has ramped up since the racial justice protests of 2020, and Newcomb said she’s seen an uptick in interest in her blog since the discovery last summer of more than 1,200 unmarked graves at former residential schools for Indigenous children in Canada.

Newcomb believes the LDS church should step away from its assertions about Lamanites, even if it means presenting the Book of Mormon as a spiritual rather than a historical text. She supports Indigenous members of the faith who decide to stay in the church and see the Book of Mormon as empowering, but she says they need to be fully informed before making that choice.

“I want Indigenous people to have religious freedom … but it doesn’t have to come at the cost of Indigenous history,” Newcomb said. “No more gaslighting, no more plausible deniability. Let’s just go straight for honesty.”