(RNS) — Earlier this month a federal judge in Mississippi ordered the city of Horn Lake, south of Memphis, to permit the construction of a mosque. The order came in response to a lawsuit that alleged religious discrimination by city leaders.

One of the Horn Lake officials had told the local newspaper, “I don’t care what they say, their religion says they can lie or do anything to the Jews or gentiles because we’re not Muslims.”

So much for the claim that the application had been denied because of insufficient water supply for fire sprinklers and the possibility of traffic and noise.

Not to jump to conclusions or anything, but I’m guessing they’re pretty strong on religious freedom down in Horn Lake these days. Didn’t their congressman, Trent Kelly, co-sponsor a bill on “protecting religious freedom in America” a few years ago? Didn’t the state’s governor, Tate Reeves, declare “Our laws guarantee you religious freedom” in announcing a lawsuit against President Joe Biden’s federal COVID-19 vaccine mandates a few months ago?

Of course, there’s been a bit of a carve-out for Muslims in that regard. As in Pat Robertson determining that Islam is “a political system masquerading as a religion.” Or U.S. Rep. Jody Hice, of Georgia — the Southern Baptist pastor now running against Georgia Secretary of State Brad Raffensperger on a stop-the-steal platform — contending that Islam doesn’t qualify for protection under the First Amendment.

Let us note for the record that such views accord with the traditional American value of excluding from the benefits of liberty those who are judged to be against it. Catholics and Mormons in the 19th century, Communists in the 20th. 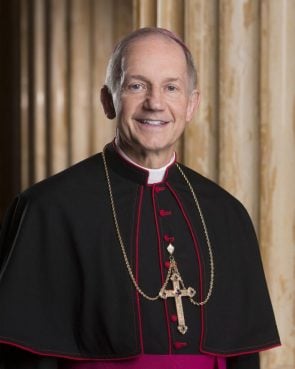 These days, among Catholics, you’ve got Bishop Thomas John Paprocki of Springfield, Illinois, who, when last year’s holiday season rolled around, decided to attack the Satanic Temple of Illinois’ contribution to a holiday display in the Illinois Statehouse rotunda — a swaddled baby version of its deity Baphomet.

Satanism, Paprocki said, “should have no place in this Capitol or any other place.” It wasn’t a religion, he declared in dedicating his own church’s Nativity scene on the premises. “True religion binds people to God and to each other in faith. The devil seeks to divide, not to unite, and the only thing that Satan worship binds its adherents to is the evil one.”

No one’s ever accused Paprocki of being the brightest bulb on the episcopal Xmas tree, but you’d think the guy who titled the bishops’ annual religious liberty campaign “Fortnight for Freedom” would know better than to deny it to satanists.

Could it be that the current zealotry for religious freedom is just a pretext for looking after one’s own parochial interests? Leave it to the Rev. John MacArthur, the longtime pastor of Grace Community Church in Los Angeles, to let the cat out of the bag.

Last year your lawyers used the constitutional guarantee of religious freedom to persuade the U.S. Supreme Court to allow you to hold in-person worship against the mandate of the County of Los Angeles. And that wasn’t because the Supreme Court thought the tenets of your faith are right and all others are idolatry. At least, I don’t think it was.

See, we support religious freedom so the state will not (without sufficient reason) interfere with the truth as we see it. Unless, of course, we want the state to enforce our particular truth.

You might recall that in 313, Roman Emperor Constantine brought an end to the persecution of Christians with the Edict of Milan, which granted “to Christians and to everybody the free power to follow the religion of their choice.” And the Christians were happy.

But by the end of that century, the Christians — in the person of the redoubtable Bishop Ambrose of Milan — put the screws on the Emperor Theodosius and succeeded in having him suppress paganism (along with non-Nicene forms of Christianity). And the (orthodox) Christians were happy.

Is that what you’re going for, John? Is it really?