(RNS) — Secular universities across the country are home to independent institutes of Catholic thought that focus on the theology, arts, politics and history of Catholicism, part of a push to make the religion’s intellectual tradition a vital aspect of academic life.

Michael Le Chevallier, acting executive director of the Lumen Christi Institute — a nonprofit dedicated to spreading the Catholic intellectual tradition at universities across the country — believes these institutes help Catholic students realize that their studies and their faith are far more integrated than they may think.

Many Catholic students attend non-Catholic universities, and as they explore their calling, Le Chevallier says, they should feel better equipped to ask themselves: “How does this career fit within my vocation as a lay Catholic person?”

Now, with millions of dollars of new funding, a number of these institutes of Catholic thought will amplify their focus on science and religion at a time when, according to Le Chevallier, misconceptions and myths around the relationship between science and faith are widespread. “Unfortunately, today, Catholics have inculturated some of the worst divisions between science and Christian faith into our own mental worldview in America,” Le Chevallier says.

In February, the Lumen Christi Institute announced it had been awarded $3.6 million from the John Templeton Foundation to support a new three-year project that would create a national network of independent institutes of Catholic thought at U.S. universities.

Some of these institutes, such as Lumen Christi in Chicago, have been around for more than two decades, while others like the Nova Forum and the Harvard Catholic Forum were founded in the last two years or so. COLLIS at Cornell will begin programming this summer. 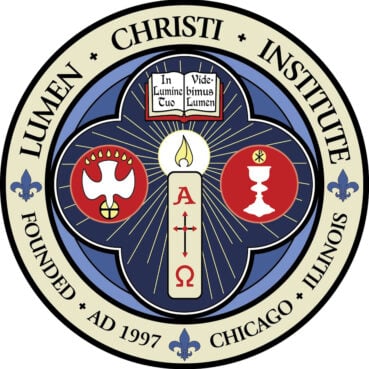 The Lumen Christi Institute will administer the money over three years, which will go toward developing programming and on-campus activities focused on the relationship between science and religion. The network, after its first year, will expand to new members that will include ecumenical partners.

Catholic physicist Jonathan Lunine, who chairs the department of astronomy at Cornell University, has seen how different university environments, “which may be less supportive of their faith,” can be for religious students.

Lunine says it’s crucial to create opportunities that allow students to have an informed dialogue with faculty and their peers, “to basically take them out of what is often a kind of an isolation chamber where they don’t feel they have the opportunity to really grow and understand that their faith is not something that’s in conflict with science but, it’s a part of their core personality.

“Whether they go into science or medicine or law, … their faith will provide a source of strength,” he added.

At COLLIS, Lunine will help facilitate programming that looks into how faith and science inform each other as well as where they can be in conflict. He is also planning to offer talks on sacred music, its history and meaning.

As an astronomer, Lunine, a Catholic convert who was raised Jewish, says his faith helps him approach his work with more humility. It also informs how he appreciates “the beauty and deeper aspects of the cosmos than just the calculations themselves.” 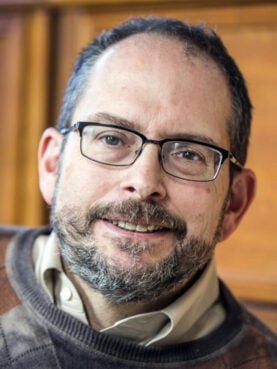 Lunine helped found the Society of Catholic Scientists that since 2016 has grown to 1,600 members across 50 countries.

“As human beings, we can understand the cosmos because that’s what our creator intended — for us to be able to appreciate the order and beauty and grandeur of his creation,” Lunine says.

According to Lunine, his faith doesn’t “change the way I do science, but maybe it changes the way I look at the results.”

At the University of Southern California, professor of religion David Albertson founded the Nova Forum in 2020.

USC is already home to the Institute for Advanced Catholic Studies, which funds research fellowships for faculty. There’s also a Catholic campus ministry, which offers retreats and programming on spiritual life and formation.

At the Nova Forum, student fellows focus on programming around an annual theme. So far, they’ve delved into Catholic thinking about utopia and dystopia to go with their theme of “Future Hopes.”

Students have read “Utopia,” by Thomas More, a Catholic saint and martyr, as well as portions of “The City of God,” a book by Augustine of Hippo, who, Albertson says, is regarded as one of the most important ancient Catholic authors. They’ve studied medieval art and Orthodox Christian understandings of divination.

“A lot of times, students leave for college and they view their Catholic identity, their Catholic faith tradition, as something that they’re kind of graduating out of,” Albertson says. “It seems to belong more to high school and family than it does to university studies and their future career.”

With the Nova Forum, Albertson is trying to counter that notion by making it known that Catholicism is not just family and sacramental life, “but it’s also this other really fascinating and useful intellectual tradition to draw upon.”