(RNS) — Even before the family of 10 Afghan evacuees arrived in Gettysburg, Pennsylvania, earlier this year, volunteers from eight local churches pitched in to prepare a home for them, painting and sanding and ripping out old carpeting. When the family arrived, the volunteers drove them to medical appointments and helped the children sign up for sports and the parents set up utilities.

But as Ramadan, Islam’s holy month of prayer and fasting, approached, the volunteers of Gettysburg’s Refugee Resettlement Partnership weren’t sure what they could do to help their new neighbors, who are Muslim.

To answer their questions and those of churches across the country that have welcomed Afghans in the last few months, the United Church of Christ produced a series of four online events in March called “Ramadan in a New Country” aimed at teaching Christians about Ramadan, which begins this weekend.

“This is going to be the first Ramadan that these Afghan refugees are going to spend in a country that doesn’t celebrate Ramadan, and they’ve been through a lot,” said the Rev. Irene Hassan, the UCC’s minister for refugee and migration services.

Somewhere between 75 and 100 UCC churches are actively sponsoring Afghan families — about 800 people in all — who have recently arrived in the U.S. after the Taliban takeover of their country, according to Hassan. Another 300 churches have gotten involved in some way over the past year, whether by donating money and needed items or working with the military bases where Afghans on humanitarian parole lived while being vetted and processed for resettlement. 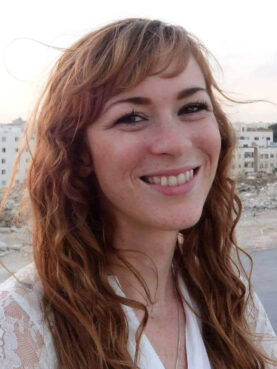 Hassan said she was “overwhelmed and amazed” by the outpouring of support for Afghans after the fall of Kabul, which came two weeks after she took her current post.

The position, she said, had been dormant for more than a decade, and she had expected to have to network and advertise to get the word out about the mainline Protestant denomination’s relaunched refugee and migration program. Instead, she said, people have come to her for ways to help.

“This is wildly more interest than (there) has been for a long time,” she said.

Hassan fell in love with Ramadan while living in Jordan, she said, where she helped build trauma-informed schools for Syrian and Iraqi refugee children.

When she realized that this year Ramadan overlapped with the Christian season of Lent — the 40 days of preparation for Easter — she thought that the comparison might help Christians understand what their new Muslim neighbors might be experiencing.

She began with the basics during the first weekly webinar: Islam is the fastest-growing religion in the world with more than 1.6 billion adherents and Ramadan, its holiest month. Observed by fasting from food and water from sunup to sundown, Ramadan recalls the 30 days the Prophet Muhammad spent in the wilderness, where, Muslims believe, he first received the Quran, their holy book.

In a subsequent installment of the series, Hassan and the Rev. Mark Pettis, the UCC’s ecumenical and interfaith relations manager, explained that Ramadan is not so dissimilar from Lent, when many Christians practice some sort of fasting and recall the 40 days they believe Jesus spent in the wilderness before beginning his earthly ministry.

But in terms of its place on Muslims’ calendars, Hassan told the audience to think Christmas. “Imagine being in a country that doesn’t celebrate Christmas,” she urged webinar attendees.

She added: “This will be a new world to them.” 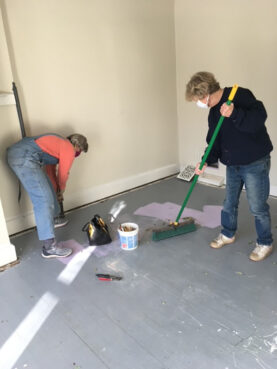 In predominantly Muslim countries like Afghanistan, everybody celebrates Ramadan together, and “the entire culture revolves around making it palatable,” Hassan said.

Restaurants are closed and expectations lowered of those who are fasting during the day. Then something “magical” happens as communities gather in the evening to break the fast with a meal called an iftar, she said.

Hassan urged those listening to the webinars to recognize that their new neighbors, who will spend Ramadan waking for predawn meals before fasting until sundown, may be more tired than usual. She encouraged volunteers to offer to watch children or help cook meals and clean.

They can ask Muslim parents about giving their children a small gift — usually cash — for Eid al-Fitr, the celebration marking the end of Ramadan around May 1, she said.

They also can find and help families connect with Eid celebrations in their area.

Rayna Cooper, coordinator of Gettysburg’s Refugee Resettlement Partnership, said after attending the “Ramadan in a New Country” webinars she and other volunteers are “wondering how we can help the family now that we understand more about the whole process.”

Cooper became involved with the vibrancy committee at Trinity United Church of Christ in Gettysburg after retiring from her job as a dietician in 2017. During the pandemic, the committee’s discussions shifted from clothing drives and Bible studies to what was happening in Afghanistan.

Churches of other mainline denominations in Gettysburg quickly volunteered to help. Working with the Bethany Christian Services office in Lancaster, Pennsylvania, the RRP welcomed its first family from Afghanistan in February. 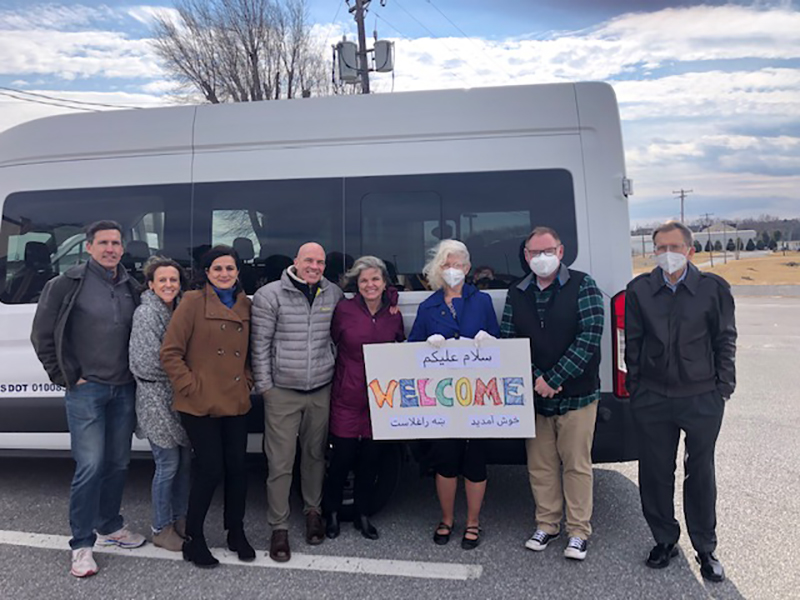 A small contingent of the Gettysburg Refugee Resettlement Partnership drove to Lancaster, PA, from Gettysburg, PA, to greet a refugee family. Photo courtesy of Rayna Cooper

After talking to the family about when they’ll be fasting and feasting, volunteers made plans to help cook in the evenings. They offered to provide rides to the halal grocery store and the nearest mosque, both in a town about 45 minutes away. They’ve bought the family cookware to make meal preparation easier.

If not for the UCC webinar series, Cooper said, “We wouldn’t have understood all of these things.”

“It was extremely helpful to us, even just in our understanding of the religion, the culture, the origins of the religion, similarities to Christianity. I think it was very eye opening,” she added.

“We’re hoping that by finding out more, they will extend that learning to others in the community and help everybody to understand a little better,” Cooper said.