(RNS) — Buddhist-oriented mental health practitioners are an assorted bunch. Some are hardcore meditators fully devoted to their dharma path. Others rarely formally meditate and do not identify as Buddhists but find themselves aligned with Buddhist concepts that they introduce using non-Buddhist language.

The most common techniques you’ll discover in therapy offices likely arise from Vipassana Buddhism — the school from which the popular and highly Westernized self-awareness training we call “mindfulness” was extracted. Others count themselves in the Zen, Vajrayana or Tibetan traditions or other offshoots.

Psychotherapists also vary in the degree to which they identify the Buddhist influences in their counseling work to patients.

“A client has to indicate they want Buddhist content before I tend to identify something I’m doing as Buddhist,” said New York psychiatrist Dr. Mark Epstein, whose latest book, “The Zen of Therapy: Uncovering a Hidden Kindness in Life,” builds on a long career based in integrating Buddhist concepts and psychological counseling. “There are times I use Buddhist concepts without them knowing it,” said Epstein, 68, in a phone interview.

So what is it about Buddhism that makes the spiritual discipline so attractive to mental health professionals? 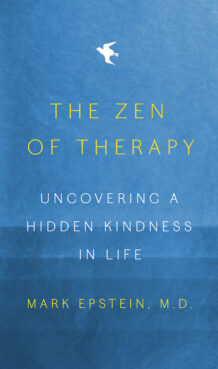 “The Zen of Therapy: Uncovering a Hidden Kindness in Life” by Mark Epstein. Courtesy image

In his book, Epstein retells the ancient Indian parable of a group of blind men encountering an elephant for the first time. Each places an inquiring hand on a different part of the elephant’s body — the trunk, a floppy ear, a tusk, the tail tassel.

“It shows us how we are continually constructing a reality, about ourselves and the world we live in, out of the raw material of our everyday lives,” said Epstein. “Like the blind men, we grope in the darkness, telling ourselves a story based on what part of the elephant you happen to touch or experience.

“Buddhism at its most basic level is a vehicle for awakening. By that, I mean understanding how our minds can distort what we think of as reality, and that can hold us back in so many ways. That’s the link with counseling; it’s also a vehicle for understanding the mind.”

Like Epstein, many counselors feel that mainstream spoken-word therapy and drug-prescribing psychiatry set too low a bar for human development. They also note that the Buddhist emphasis on deconstructing thoughts can lead to ignoring personal feelings and individual needs.

This is known as “spiritual bypassing,” a situation in which emotional problems are buried under spiritual growth claims. A skilled and highly trained mental health provider can bridge the difference, Epstein said in a telephone interview. 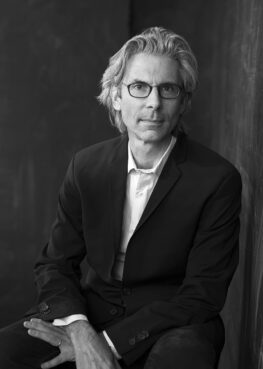 Rarely do Buddhist counselors actually engage in traditional Buddhist-style sitting meditation. “Clients come to talk,” Epstein noted. Moreover, given therapy’s cost, patients may feel they’re not getting their money’s worth if asked to simply sit quietly, as they might do at a Buddhist retreat.

But Buddhism’s influence is unavoidable and increasingly widely accepted. The American Psychological Association lists more than 100 professional research journal entries, general consumer articles and book reviews documenting the degree to which Buddhism has become intertwined since the 1970s.

In one piece from 2004, Dr. Barry Magid, a psychiatrist and a Zen Buddhist in New York, formulates the key linkage between Buddhism and psychotherapy as the concept of “dependent co-origination” — by which he means the human predilection for spinning comforting narratives that we deem to be “reality.”

Another sign of this growth is Naropa University in Boulder, Colorado. America’s only fully accredited Buddhist academic institution, Naropa offers graduate degrees in “contemplative psychology,” plus courses in other Buddhist-oriented therapeutic methodologies.

Founded in the Tibetan tradition, Naropa has awarded more than 840 master’s degrees since the 1970s, according to school officials. Another 1,100 individuals have gone through Naropa’s other mindfulness-based, transpersonal counseling programs. About 300 students are currently enrolled.

Therapy practitioner groups, such as the online Institute for Meditation and Psychotherapy, also spread the word. IMP calls itself “a non-profit organization dedicated to the education and training of mental health professionals in the integration of mindfulness meditation and psychotherapy,” according its website. The group lists more than 40 therapists across North America, though most are located in Massachusetts.

Mindy Newman, 43, a counselor in Chicago who self-identifies as a Tibetan Buddhist, said clients who come to her specifically for her Buddhism approach are “people looking for an alternative psychotherapy.”

“They’re people who haven’t gotten the results they wanted from more traditional psychotherapeutic work. They may have a hard time expressing it, but they want something more and are willing to work for it,” she said.

Newman first became intrigued with Buddhism when she attended a talk by the Dalai Lama while still in grad school. “I was drawn to Buddhism’s stressing of compassion,” she said by telephone.

Some counselors say that the psychotherapeutic process in turn has informed their own Buddhist practice.

Christopher Willard, a psychologist in Cambridge, Massachusetts, said “it helps the therapist be more aware of their process and of human nature in general. It helps me recognize the shades of gray, the number of ways we can see the world.”

Epstein likens his internal process with a client as “two-person meditation.”

“The client’s not aware of it, but I feel like I’m doing a lot of practice in my therapy work,” he explained. “Therapy sets up parameters that allow you to sift through thoughts that you might not ordinarily ponder except in something like a silent retreat.”

Buddhism’s connection to mental health lies in its belief that our thoughts are “empty” — they arise, seemingly spontaneously, and eventually subside. Only continuing to dwell on a thought keeps it alive, and doing so gives rise to fantasies, both pleasant and unpleasant, about the future. It can also lead to excessive ruminating over past upsetting or threatening experiences, causing self-induced and generally needless emotional pain that we interpret as unhappiness, but which in the Buddhist lexicon is referred to as “suffering.” Mindfulness is a meditative exercise for keeping the mind — or, more likely, returning it when it strays — to a laser focus on the present moment.

Mental health, then, is tied to accepting what is as it is, while keeping in mind that change is the only constant. Better to free ourselves from past and future worries — neither of which actually exist in the present moment. In this regard, psychotherapy and Buddhist thought, say its integrators, can align during a counseling session.

Left out of these kinds of discussions are Buddhism’s religious aspects, particularly its tales about Siddhartha Gautama — regarded as the historical Buddha from whose teachings Buddhism sprang — that stretch back some 2,500 years, as well as exotic Buddhist beliefs and ceremonies that have deep cultural meaning in their nations of origin but have little relevance for Western therapy clients.

Both are largely irrelevant in counseling, said mental health practitioners. The therapeutic use of deracinated Buddhist concepts aligns with the contemporary movement known as Secular Buddhism.

The movement, as explained by Scottish Buddhist author and teacher Stephen Batchelor, is agnostic on Buddhist religious claims. Batchelor — as do Epstein, Newman and Willard — maintains that Buddhist psychological and philosophical beliefs and techniques are effective even when separated from the religion’s rituals and cosmological claims about life’s ultimate meaning.

In “The Zen of Therapy,” Epstein writes, “Buddhist contemplation is a kind of therapy, after all; its whole orientation is toward relieving people of needless and self-inflicted psychological suffering. And psychotherapy, like meditation, is, at base, an inquiry into the nature of the self.” 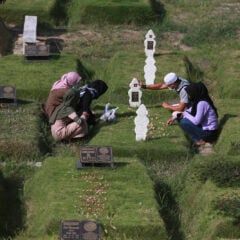 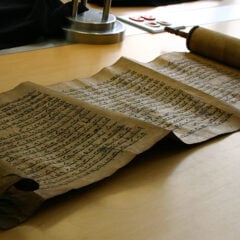