(RNS) — For the past few years, Bible teacher and best-selling author Beth Moore has been one tweet away from disaster.

Moore, perhaps the best-known ex-Southern Baptist in the country, will recount her Twitter battles, her split with her former denomination and, more importantly, her lifelong journey with Jesus, in a new memoir titled “All My Knotted-Up Life,” due out from Tyndale in April 2023.

News of the memoir was first reported by Cathy Lynn Grossman of Publishers Weekly. Tyndale publisher Karen Watson told PW that the memoir will be a “southern literary reflection on an unlikely and winsomely remarkable life.”

Among the characters in the memoir will be Moore’s tobacco-chewing great-grandmother Miss Ruthie, known for her floor-length silver locks

“My whole family — well, for the most part — is like this. Spitting in a can, all spool-headed, one minute. Sleek and lovely and mesmerizing the next,” Moore writes in the memoir, according to Publishers Weekly.

For decades, Moore was beloved among Southern Baptists and other evangelicals for best-selling Bible studies and sold-out Living Proof events for women, named for Moore’s ministry. She ran afoul of Southern Baptist leaders for her criticism of Donald Trump during the 2016 election, especially after the Access Hollywood tapes surfaced of the candidate making lewd remarks about women — and seemed to be met with shrugged shoulders by evangelical leaders.

“I expected Donald Trump to be Donald Trump,” she said during a 2021 speaking engagement in Nashville, Tennessee.  “That was not a shock to me. I did not expect us to be us.”

That criticism led to a backlash from pastors and churches, who stopped buying Moore’s Bible studies, which were published by Lifeway Christian Resources at the time. Her ministry lost millions in the years after Trump’s election.

Then Moore posted what she thought was an innocuous comment on Twitter about speaking at a Mother’s Day church service, which sparked a national controversy over the role of women in the church. That debate overshadowed other issues in the Southern Baptist Convention, including the denomination’s reckoning with sexual abuse in churches. 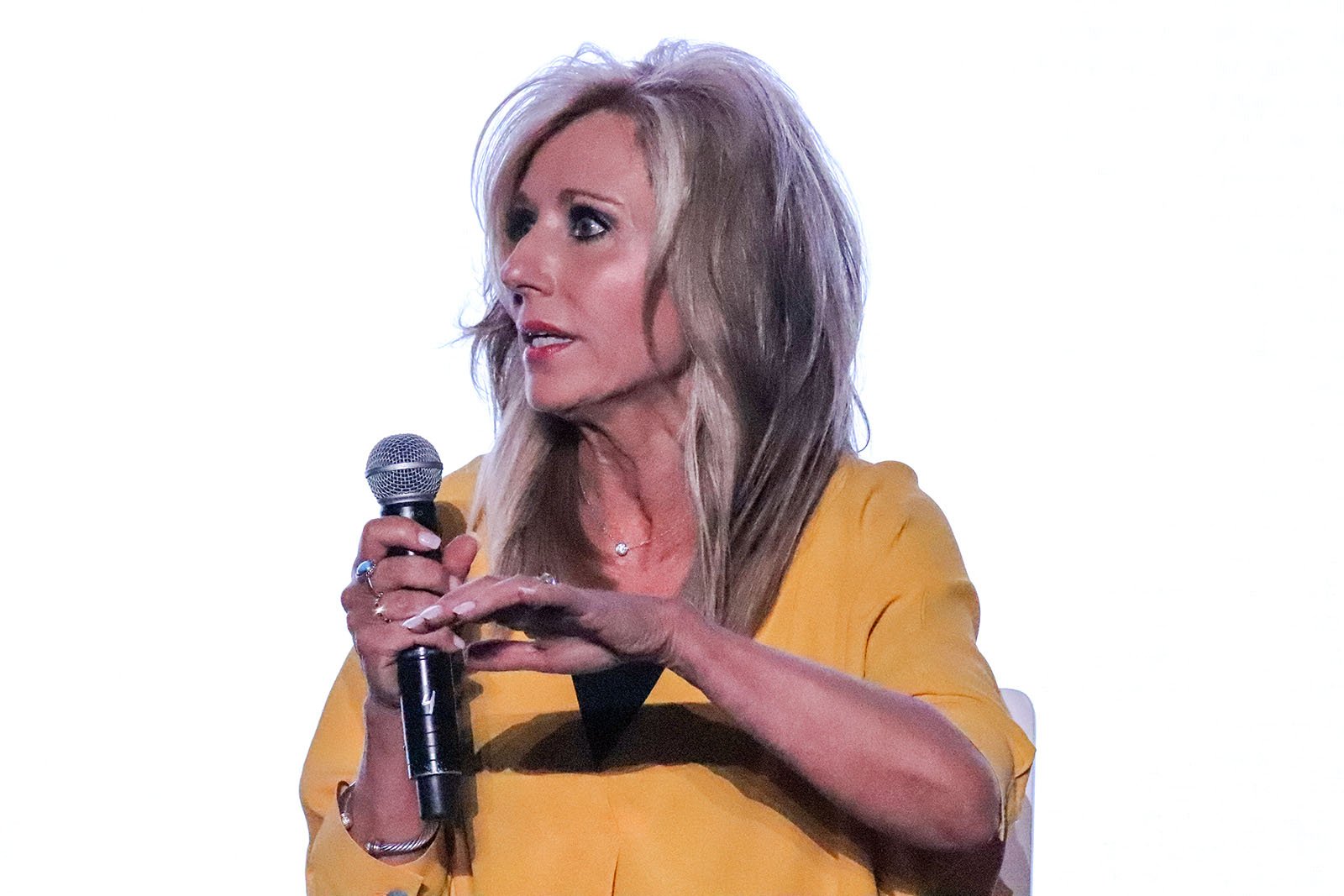 Author and speaker Beth Moore speaks during a panel on sexual abuse in the Southern Baptist Convention at the Birmingham-Jefferson Convention Complex in Birmingham, Alabama, on June 10, 2019. RNS photo by Adelle M. Banks

“We were in the middle of the biggest sexual abuse scandal that has ever hit our denomination,” Moore told Religion News Service in March 2021. “And suddenly, the most important thing to talk about was whether or not a woman could stand at the pulpit and give a message.”

RELATED:  Bible teacher Beth Moore, splitting with Lifeway, says, ‘I am no longer a Southern Baptist’

Eventually Moore would cut ties with Lifeway and leave the SBC. She now attends an Anglican church and frequently tweets about her experiences as a newcomer to a liturgical tradition.

Still, she told RNS in 2021, she was grateful for the role SBC churches played in her life, saying that her home church was a “safe place” during a difficult childhood.

Despite social media controversies, Moore had remained an active Twitter user, connecting with just under a million follows and mixing in photos from her life, thoughts about cooking and family, and reflections on the Bible.

Recently she tweeted about how social media algorithms have “made us crazy.”

I’ve been tuning in more intently lately to how social media has made us crazy & how algorithms and features like retweets & likes/favorites have set us all up like fools to constantly be baited, triggered, angered & divided to keep us online—to addict us—and I just wanna say NO.

“I don’t want to be their fool,” she tweeted recently. “Now I’m mostly on here these days for the fun of it & for the community of people I interact with here that I don’t have anywhere else in my life so I’m staying on for now. But I, at least, want to learn how to be less, how shall I put this, stupid.”