(RNS) — At age 48, Shelah Simpson has moved into her parents’ basement.

Well, not exactly. Shelah and her parents are moving into a new home they bought together, custom built with upper and lower living quarters, so they can live together but separately.

So while Shelah is, strictly, moving back in with her parents, she’s not “boomeranging” — returning out of economic necessity to her parents’ home, a phenomenon so common today that for the first time since the Great Depression a majority of young adults now live with their parents.

Unlike boomerangers’ situation, Shelah and her family’s decision was not financial, but practical, familial and completely voluntary. Shelah is an established professional and longtime homeowner and has lived on her own for years. She’d always assumed she’d marry someday, but that didn’t happen. 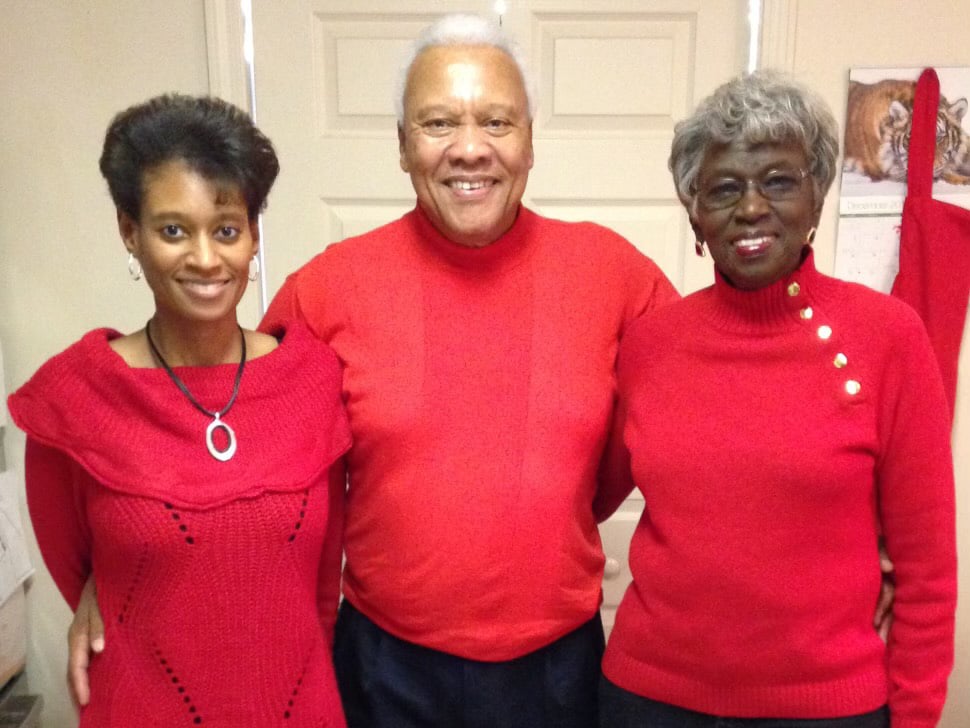 After her parents retired, she began pestering them to relocate closer to her so she’d be better able to help them as they aged. Her parents resisted the idea at first, but as their friends began to move away to retirement states, or to be near their children, or simply died, they finally agreed.

It was a risky decision for them, and a self-sacrificing one, since it meant not only relocating to another state, but leaving good doctors, an aging but loyal support network of friends and a church they loved and served in for many years.

What Shelah didn’t realize until the move was complete was how much she enjoyed having family to come home to at the end of a long day, and how nice it was to share cooking, cleaning and shopping for groceries. “Just having someone with whom I can attend church instead of sitting alone is enormous,” Shelah told me.

But the smallest, most unexpected blessing so far has been the way her father has taken to getting up from watching sports on television to come into the kitchen to sit and chat while Shelah takes her lunch break. These daily moments have become a cherished part of Shelah’s new life in her new home with her family.

I’d like to think that Shelah (who is one of my closest friends) and her parents had a little inspiration from my parents and me. 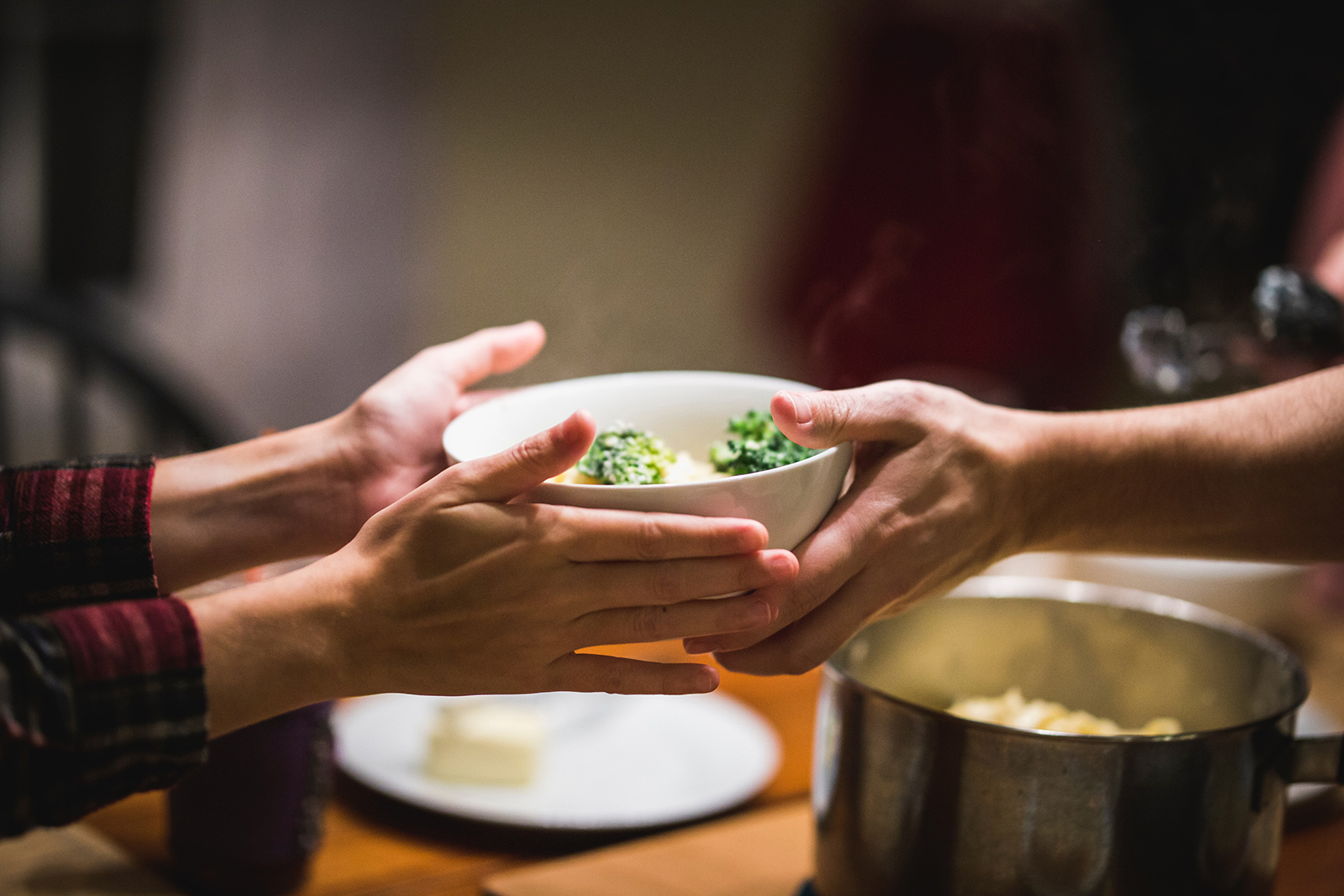 Twelve years ago, my parents, then in their 70s, packed up and moved across country to settle in with my husband and me in a small home we built for them in our backyard. We had discussed this plan in detail for a long time before committing to it. We considered a number of housing possibilities but decided that a home outside our back door, on our own property, was the best option.

Even though I was excited and confident it was the best plan, I was a little nervous; I think we all were. I hadn’t lived within hundreds of miles of my parents since leaving for college at age 18. We’ve always had an excellent relationship, but perhaps, I feared, that was because we didn’t live near one another. We’d certainly find out.

All these years later, I can’t imagine missing the blessing of having my parents here with us. It has been a joy all along, an opportunity for mutual help and care when any of us have needed it. (And we all have!)

Particularly during the pandemic, it was a relief to know my parents were safe, comfortable and not isolated. In those early days when it was safest for them to stay home, even my least favorite chore, grocery shopping, became a joy because I did it for them (despite all their coupons and extremely specific lists!).

Multigenerational homes, which the U.S. Census Bureau defines as households consisting of two or more adult generations living under the same roof, were common in the U.S. through the 1950s. They declined through the ’80s but have slowly begun to rise again, even more since the pandemic.

Which is to say Shelah and I are hardly unique. Given the current housing shortage and accompanying surge in housing costs, it’s likely we’ll see more multigenerational households in the short term, if not longer. 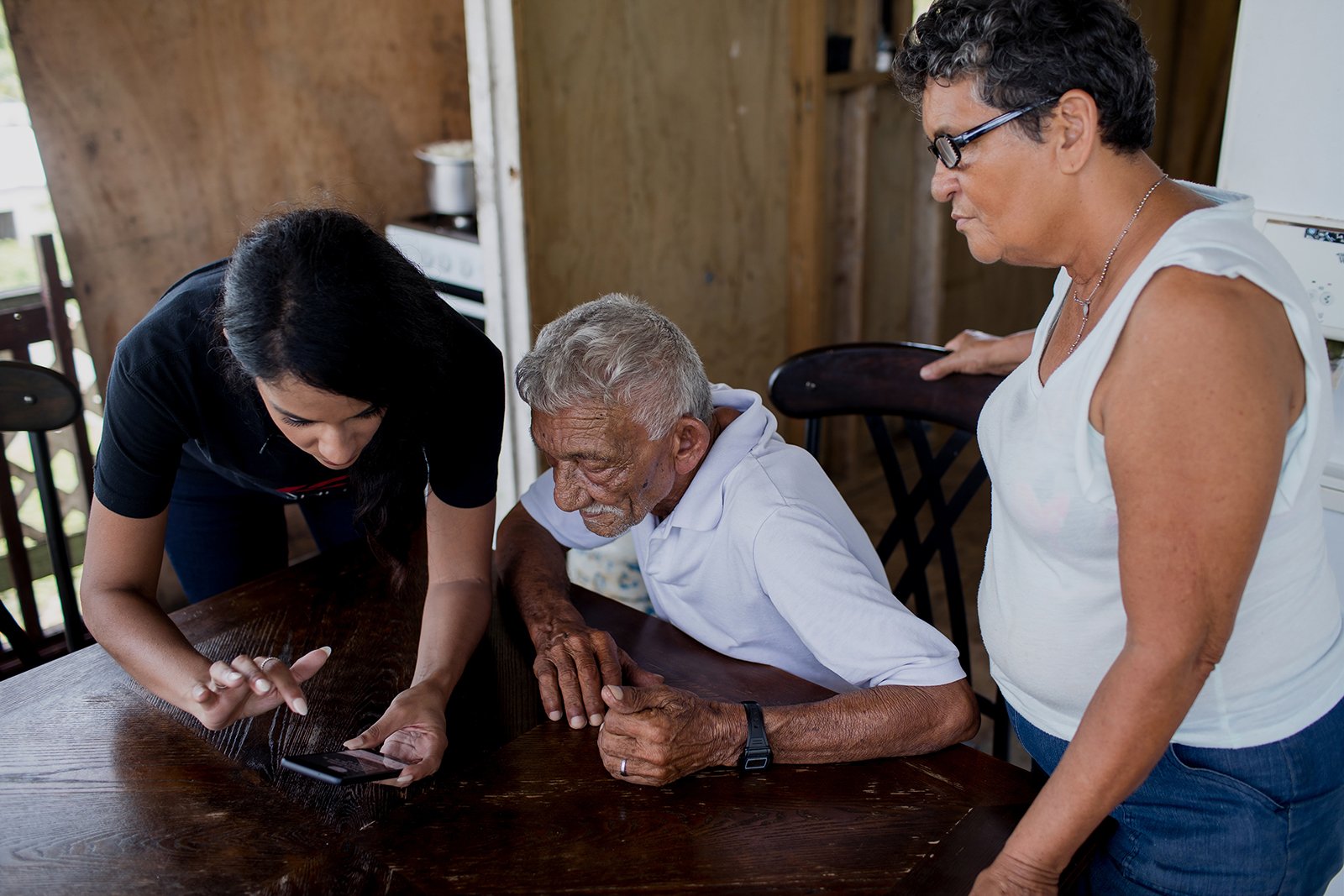 In 2020, 12% of homes purchased were multigenerational. As some municipalities relax regulations to allow them, “granny pods,” small detached dwellings on the property of a main residence, seem to be growing in popularity as yet another option for extended families to live together. Indeed, a 2021 report estimates that more than 1 in 4 Americans are living in a multigenerational household.

More than half of those living in a multigenerational household cite the pandemic as a factor in their housing arrangement, but the overwhelming majority of these (72%) plan to keep these living arrangements long-term.

That was the case with Lisa Mathews and her family. Living alone since being widowed in 2017, Lisa moved in with her daughter, her husband and their two young boys after the pandemic began in March 2020.

This new arrangement offered even more than just the expected community and support. Lisa’s grandsons have a rare kidney disorder, and the extra time and help Lisa brought alleviated some of their long-standing health challenges. Lisa’s presence also allowed her daughter to give more attention to her small business. Helping improve everyone’s quality of life and helping a working mother’s business flourish were both sources of real joy. 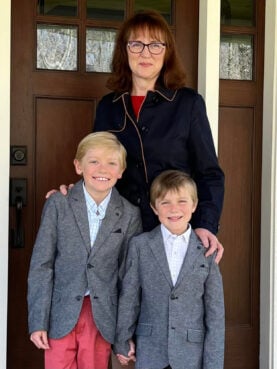 By the end of the first year of the pandemic, Lisa and her daughter’s family began to consider making the living arrangement permanent. “I had a long talk with my son-in-law to make sure he really wanted to live with his mother-in-law,” Lisa said with a smile. “He assured me that he was completely on board.”

Even so, during a silent retreat where she sought God’s wisdom about this decision, Lisa met with a spiritual director. When Lisa posed the question, her spiritual director, who was from China, was perplexed. “For her,” Lisa explained, “multigenerational living was a way of life, and she was curious why this was such a dilemma. She didn’t offer judgment, just really good probing questions which allowed me to decide to proceed with our plan to purchase a home together and join our lives.”

Indeed, if multigenerational living goes against the grain of the autonomous nuclear family that has become the paragon of American life, it doesn’t go against the general grain of human history. Worldwide, 38% of the population lives in extended family households compared with 33% living in two-parent households.

ARCHIVE: Why multigenerational house sharing may be the wave of the future

But that doesn’t make it un-American. An interior designer who helps families create living spaces to accommodate extended families wonders why such homes have been so “strange” in America, saying, “For a country that believes in family values, we can get back to family values and create homes that work for all of us.”

Lisa says the benefits are numerous: Finances are pooled, everyone does the household tasks they enjoy most, and she is able to be an ongoing presence and influence in her grandsons’ lives. She loves that she and her daughter have coffee together most mornings.

The drawback? Well, all the activity and chaos of life with children can make Lisa tired. When that happens, she retires into a corner set aside just for her. And there she rests.