Francis’ reforms of the Vatican’s Curia, outlined in his long-awaited apostolic constitution, “Praedicate Evangelium,” released last month, are in need of a bit more “polishing,” but “even the most critical observers say disaster has been avoided,” Pell said at “Real Estate and the New Evangelization,” an event organized by Notre Dame University and the Global Institute of Church Management in Rome.

The Vatican has been faced with a growing deficit every year, exacerbated by the COVID-19 pandemic. According to its 2022 financial projections, the Catholic institution faces a $37 million deficit, mostly due to diminishing donations as faithful soured over recent financial scandals.

According to Pell, the Vatican will face “serious inescapable challenges” in the coming decades. While Francis’ efforts have significantly improved the economic situation at the Vatican, the cardinal said, “we cannot afford to lose another 500 million though incompetence or corruption in the next 40 years.”

Financial scandals have plagued the Catholic institution at least since the 1980s, when Roberto Calvi, known as “God’s Banker,” was found hanged at Blackfriars’ Bridge in London. In the early 2000s, Vatileaks lifted the lid on corruption in the Vatican bank, as the church’s Institute for Religious Works is commonly called.

Today, 10 individuals are on trial at the Vatican, facing charges ranging from corruption to embezzlement and money laundering in connection with the purchase of luxury real estate in London using a charitable fund called Peter’s Pence. The defendants include Cardinal Angelo Becciu, often considered Pell’s adversary during Pell’s tenure as head of the Vatican’s Secretariat for the Economy from 2014 to 2019. 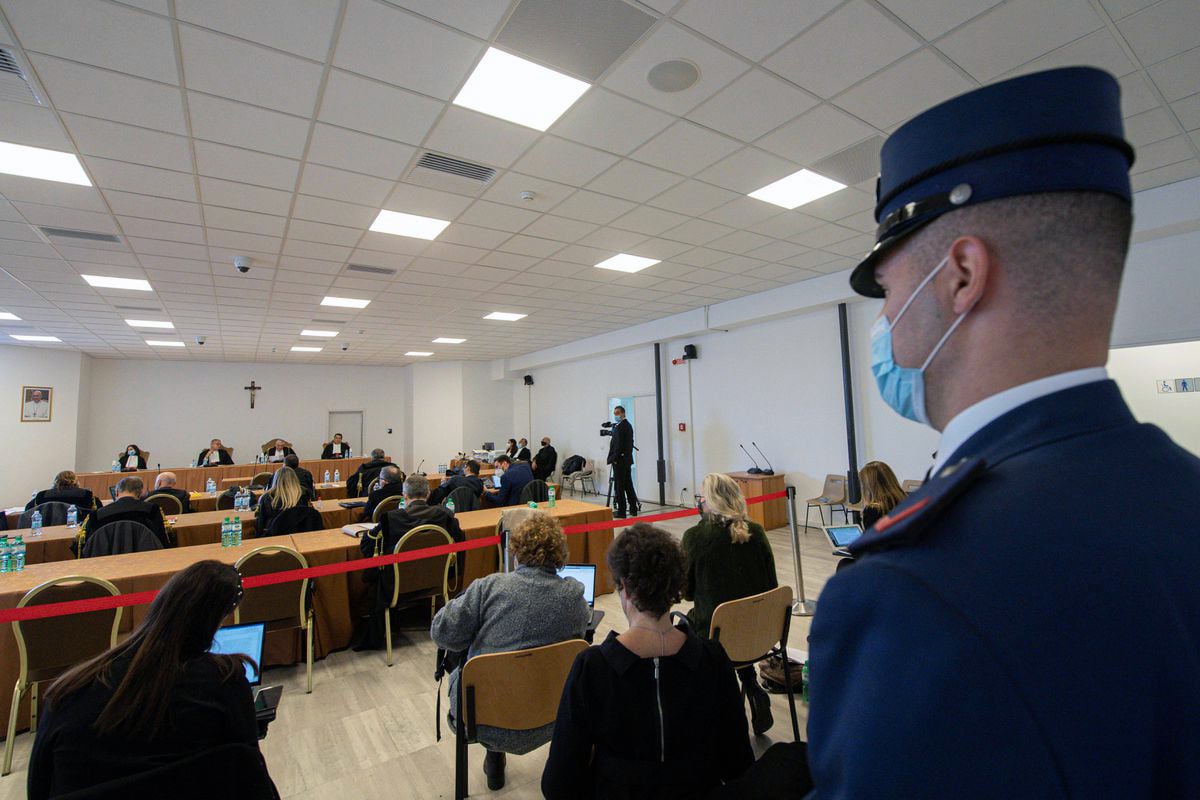 Proceedings from the Vatican trial of 10 people accused of financial crimes at the Vatican, Nov. 17, 2021. Photo by Vatican Media

“Even if moral culpability cannot be proved among any of the Vatican personnel involved, responsibility for the incompetence must be acknowledged,” Pell said.

Pell claims to have tried to oversee expenditures at the Vatican’s Secretariat of State but failed. “We found that the Vatican department had 1.3 billion staked away in the drawers for a rainy day that wasn’t on their books,” he said.

His efforts to instill transparency were dismissed as “Anglos trying to take over,” Pell said, referring to how many English-speaking bankers were appointed to the historically Italian institutions by Francis’ reform. “I don’t think that’s accurate,” he continued. “We are just trying to impose what is universally accepted as the best practice in finance.”

The cardinal offered financial tips to address the financial situation at the Vatican: “Avoid cooperating with banks and financial agents who have a well-established reputation for shadiness,” he said. “It is a prudential option that has been avoided by the Vatican for 40 years at least.”

Pell described the London deal as “a case study on how not to do things.”

Bishops and priests involved in managing funds must understand basic economic principles as well, he said. “It seems that a history of an economic failure in a dioceses or a religious order was almost a prerequisite for appointment to the Curia,” the cardinal said. 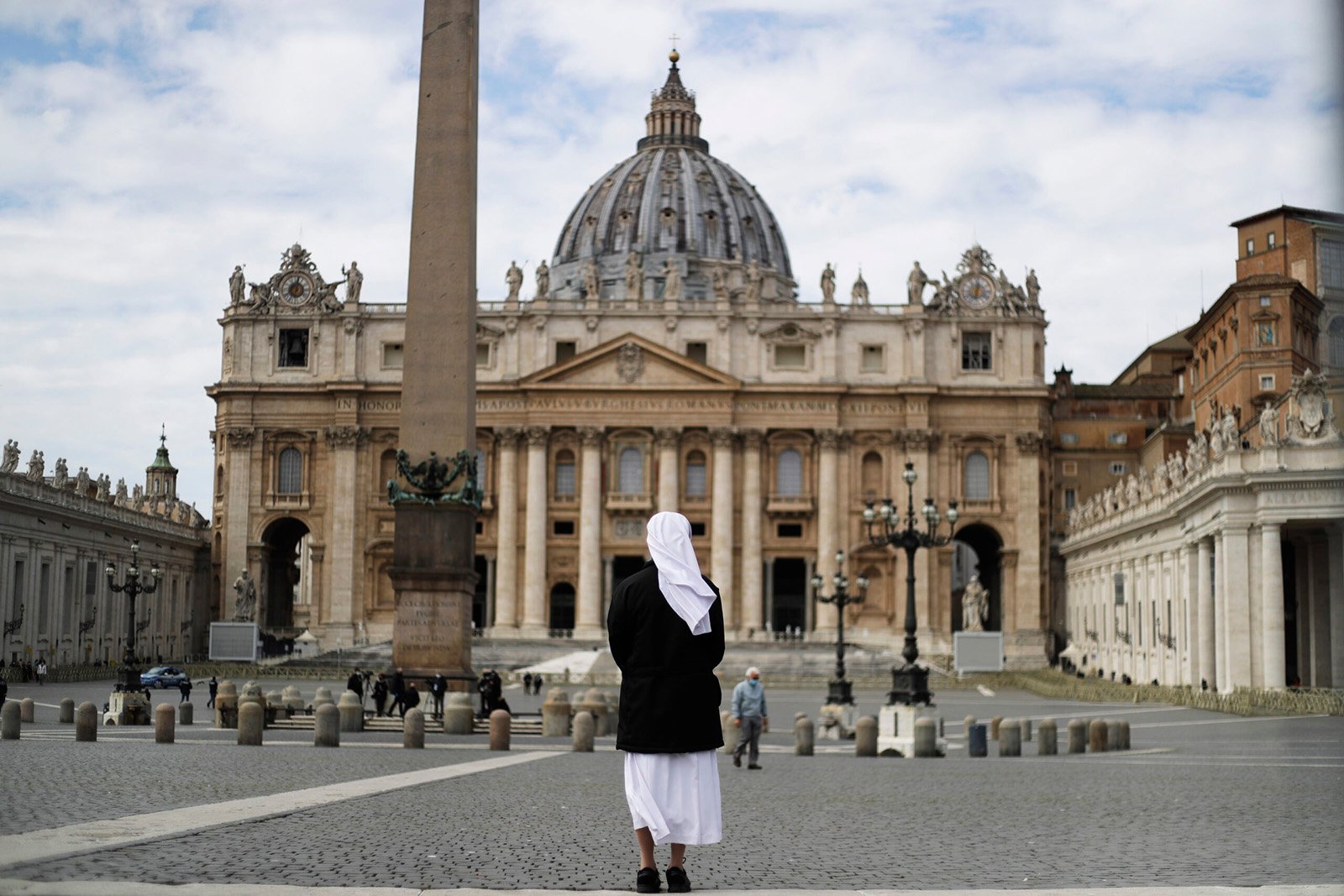 But the pope’s reforms and those put in place by his predecessors “have stopped the money laundering,” he added, praising the new constitution for removing barriers for lay men and women wishing to occupy important roles at the Vatican, especially concerning finances.

“The role and power of the Secretariat of State has been substantially reduced,” he said, referring to the pope’s decision to strip the powerful department of its purse strings. “An appropriate consequence for the huge financial loss on the London property,” Pell said.

Francis centralized Vatican financials and real estate management within the Administration of the Patrimony of the Holy See, or APSA, which for many remains a black box with limited transparency. Pell underlined the importance of transparency in APSA, which revealed its property holdings for the first time in 2021.

“I couldn’t say that we completely spring-cleaned,” Pell said. But “the people running the show are people of integrity,” he added.

RELATED: Are lay cardinals next?