LOS ANGELES (RNS) — In his latest campaign ad, Los Angeles County Sheriff Alex Villanueva, who is up for re-election, walks inside a dimly lit Catholic church, kneels and prays for strength and compassion to do his job.

“Lord, give me the strength to protect the public from violent crime … give me the humility and patience to not let the naysayers discourage our brave women and men from serving with honor,” Villanueva says in the ad.

Images of stained-glass windows, religious statues and pews are shown amid the background noise of police sirens.

On Friday afternoon, the ad was removed from the alex4sheriff Instagram after the Archdiocese of Los Angeles, which covers nearly 300 parishes and more than 4 million Catholics, requested it be taken down. The archdiocese, in a statement, said it became aware of the ad through “concerned inquiries and media reports portraying the ad as a possible endorsement.” FOX 11 reported about the ad on Tuesday.

The archdiocese said it was not properly informed prior to the filming, adding that it does not endorse political candidates.

“Archdiocesan policy states that Archdiocesan property cannot be used for candidates’ political campaigns. The Archdiocese requested that the ad be taken down and was assured that it would be removed,” the archdiocese said in a statement.

Villanueva’s campaign said it received permission to film from St. Alphonsus Church in East Los Angeles, a bilingual parish that offers Mass in English and Spanish under the Los Angeles archdiocese. The pastor of the church was on set during filming, according to the campaign’s statement. 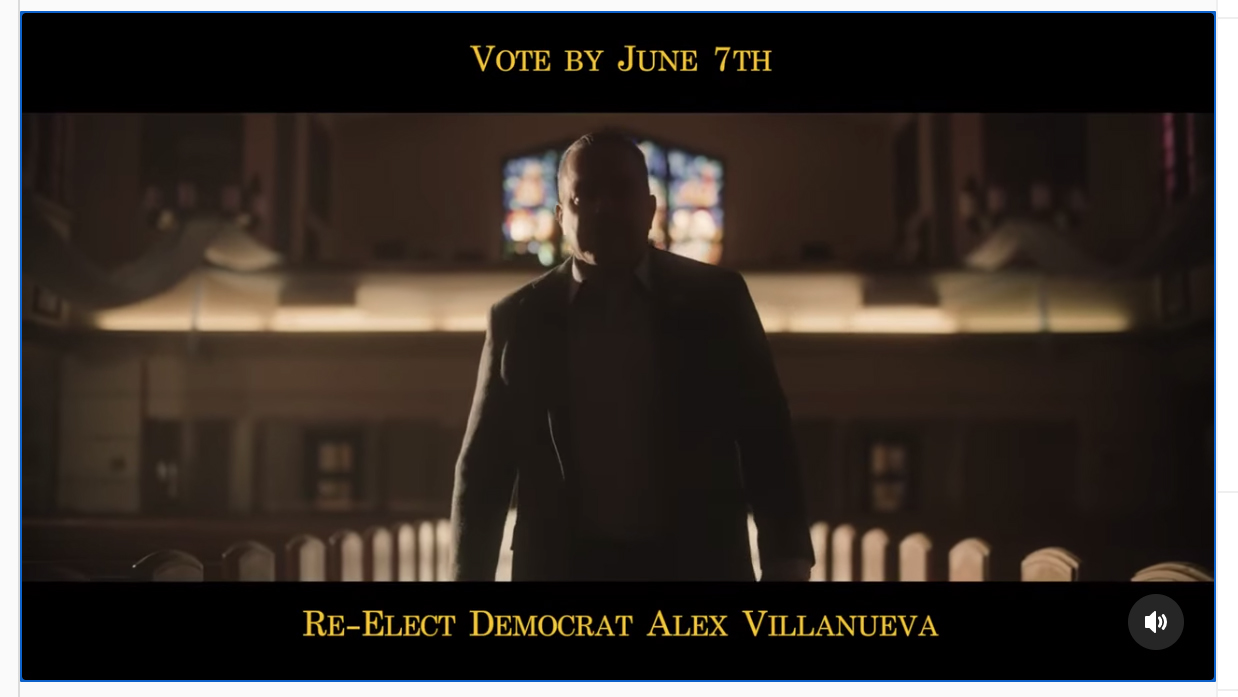 “Sheriff Villanueva and his wife are both devout Catholics and have been longtime members of that church. The campaign was not made aware that any further permissions were required at the time of filming. We have since been in touch directly with The Archdiocese of Los Angeles to remedy any concerns,” the statement read.

Under the Johnson Amendment, tax-exempt charitable organizations such as houses of worship are prohibited from participating directly or indirectly in any political campaign to support or oppose a candidate. Such organizations cannot donate to a candidate’s campaign or make public statements on behalf of or against a candidate.

Villanueva, who was recently estranged from the Los Angeles County Democratic Party, has recently come under fire for his treatment of the press.

The Reporters Committee for Freedom of the Press and dozens of news media organizations sent a letter to the sheriff in late April condemning his threat to investigate a Los Angeles Times journalist who reported on a video showing a sheriff’s deputy kneeling on the head of a handcuffed inmate. The journalist, Alene Tchekmedyian, reported on internal documents showing that the sheriff attempted to cover it up.