(RNS) — There’s an old saying about Southern Baptists’ annual meeting: After all is said and done, more will have been said than will have been done. But last June in Nashville the Southern Baptists broke the rule as the gathered messengers voted to establish a task force to investigate a fact that had become more than a hunch: The denomination’s leaders had long mishandled allegations of sexual abuse.

Not only did the messengers’ suspicions prove true, but they greatly underestimated the rot.

The report confirmed that SBC leaders often knowingly misled their members and the public. A decade ago, survivors came forward not with condemnation but pleas for sensible measures, including a database of known abusers so that churches could be warned when one showed up in a pastor search. Denominational leaders repeatedly responded that this was not possible, even as they were secretly maintaining such a list.

Comparisons to the devastating Roman Catholic sex abuse scandals, while imperfect, are difficult to avoid. In many ways the comparison is more damning, as the SBC ignored the trauma the Catholic hierarchy’s denialism had caused and took much the same path.

The release of this report is more than the most important religion news story of the year. The nation’s largest Protestant denomination, the Southern Baptist Convention has inserted itself into politics, cultural battles and moral questions in the public square as if its conservative views were a necessary voice of conscience. With the publication of this report, Southern Baptist leaders have not just been humiliated. Their voice as a guide to the nation has been repudiated.

The irony is impossible to miss, at least for those of us schooled in the Southern Baptist Convention’s recent history. Beginning in the 1970s, fundamentalist factions within the denomination mobilized to seize control of the denomination, ousting moderates in order to stave off the moral decay of “godless” liberalism. Leaders called for a return to traditional family values. They set out to reverse the harm done by the sexual revolution, feminism and the panoply of new ideas fomented by the civil rights movement.

When the newly established conservative leadership revised the denomination’s statement of faith in 1998, they added language asserting that wives should submit to their husbands. In 2000, they released a revision with another addition: “Christians should oppose … all forms of sexual immorality, including adultery, homosexuality and pornography.” 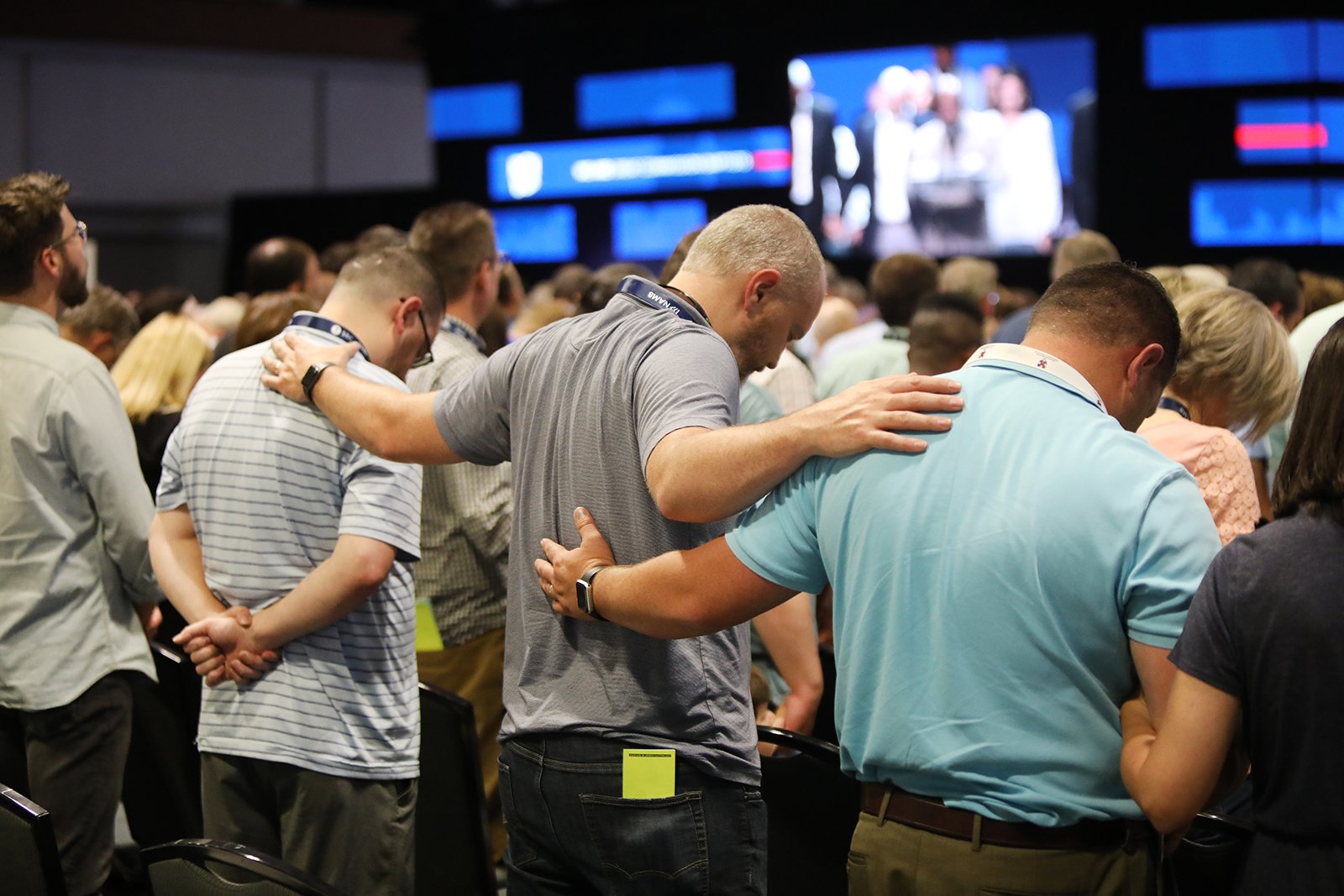 They called abortion murder but, more importantly, they painted abortion rights advocates as murderers. They blamed the “gay agenda” for the decline of Western culture. And most recently they have claimed critical race theorists are corrupting children and opposed basic accommodations for transgender people.

As stalwart students of the Bible, Southern Baptists should have seen it coming. The Apostle Paul wrote in his epistle to the Galatians, “God is not mocked. A man reaps what he sows.” Those who live by the swords of judgment and condemnation will die by them also. Like fate, karma is a cruel mistress.

The SBC report reveals that all the while, these arbiters of virtue and self-proclaimed guardians of “family values” were spectacularly failing to protect the families under their care. It paints a portrait of leaders ignoring predatory behavior, the better to denounce the immorality of their neighbors. They bear the very shame they’ve attempted to dole out on others.

Many of us who are products of the SBC’s institutions have long since left that world — 3 million Southern Baptists have fled the denomination in the past 15 years, more than 1 million in the last year alone. While much of the response to the report on social media has fallen somewhere between pearl-clutching surprise and crumpled lament, those who walked away after sounding the alarm for years have responded with a shrug.

Russell Moore, former head of the SBC’s political arm who left the convention last year, wrote on Sunday, “Who cannot now see the rot in a culture that mobilizes to exile churches that call a woman on staff a ‘pastor’ or that invite a woman to speak from the pulpit on Mother’s Day, but dismisses rape and molestation as ‘distractions’ and efforts to address them as violations of cherished church autonomy? In sectors of today’s SBC, women wearing leggings is a social media crisis; dealing with rape in the church is a distraction.”

Moore’s points are undeniable, but merely scapegoating the handful of leaders named in the report will only take us so far. We must also acknowledge the indispensable roles played by countless foot soldiers, including Moore himself, who dedicated years of their careers to propping up these leaders and cultivating the institutional system and culture that made all of this possible, if not inevitable.

I’m a graduate of an SBC seminary, a former minister in an SBC church, and the son of a former SBC president. But I left the denominational ranks after realizing its leadership was clearly more interested in consolidating power and protecting reputations than doing the work of holy justice. I saw firsthand how Baptists’ hard-edged conservatism and pietistic theology produced both a sense of moral superiority and callous indifference toward marginalized people.

The problem is not a few rotten apples, but a diseased orchard. As one of my seminary professors used to remind us, ideas have consequences.

While this report will trigger a barrage of criticism, especially from former members who have been harmed in Southern Baptist churches physically, mentally and spiritually, it’s difficult to imagine that those implicated in silencing victims and giving their abusers a pass will allow themselves to be changed. But transformation is the only way forward for a denomination that is fracturing internally, hemorrhaging members and now stripped of their public credibility as a result of this report.

Institutions don’t change overnight. Repentance requires more than a few tears shed at the altar. With Southern Baptists’ next annual gathering three short weeks away, the question is whether the denomination’s messengers will muster the resolve to overcome the power brokers who are already seeking to downplay this report. If they can find the will to implement long-overdue reforms, then perhaps for once, more will have been done than said.