VATICAN CITY (RNS) — In a push toward financial transparency, the Vatican on Thursday (June 16) published the 2021 annual report of the pope’s charitable fund known as Peter’s Pence, currently at the heart of a Vatican trial on financial mismanagement and corruption.

The report shows the fund earned 46.9 million euros (about $49 million) in donations last year, but spent 65.3 million euros ($68 million) in both charitable works and in sustaining the expenses of the departments and offices that make up the Roman Curia.

The difference of 18.4 million euros ($19 million) was taken from the patrimony, or endowment, of Peter’s Pence, according to the report, which offered no further details.

Financial scandals, as well as sexual abuse and other revelations tarnishing the church, have progressively lessened donations to Peter’s Pence from individual Catholics and from dioceses around the world. In 2018 the fund drew 74 million euros ($77.1 million), which had dwindled to 44 million euros ($45.8 million) in 2020, according to the Rev. Juan A. Guerrero, the Jesuit priest who heads the Vatican’s Secretariat for the Economy.

The fund spent 9.8 million euros ($10.2 million) for projects to help dioceses in need, sustain new churches and other social projects, the report stated, funding 157 projects in 67 countries. Examples included the founding of a school in Chinhoyi, Zimbabwe; building dormitories for a church in the Diocese of Rumbek, South Sudan; and constructing a parish church in the Diocese of Bongaigaon in India.

The report specified that the Vatican spent an additional 35 million euros ($36.4 million) apart from Peter’s Pence to carry out its apostolic mission.

The highest percentage of the funds was sent to departments charged with supporting local churches, communication and evangelization. 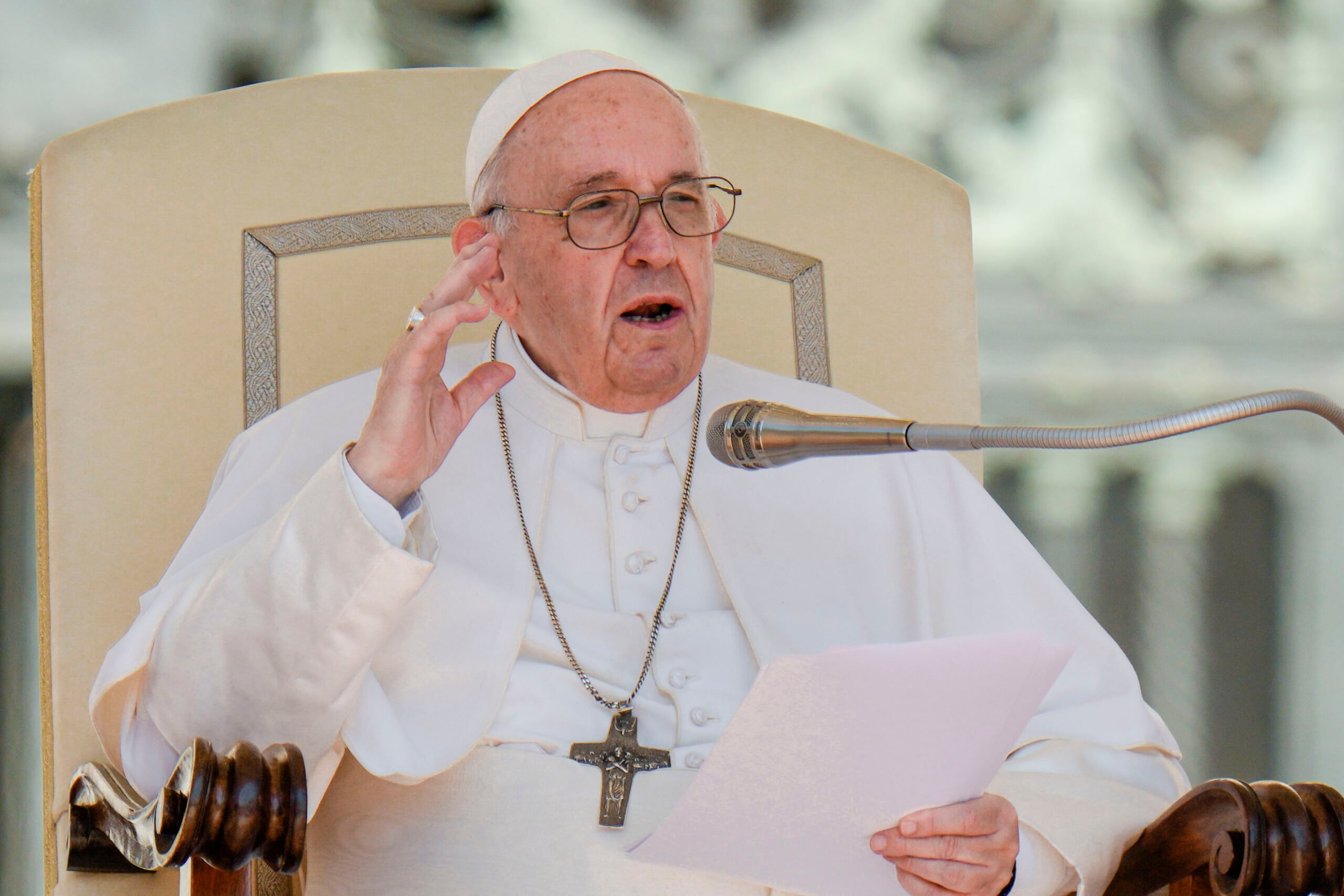 Pope Francis’ reforms have made an effort to cut the costs of the Vatican bureaucracy, merging departments and eliminating redundancies. In 2019, Peter’s Pence paid for 32% of the expenses of the Roman Curia.

Until recently, the provenance of the donations that make up Peter’s Pence has remained as mysterious as their use. The report revealed, however, that the majority of the money comes from dioceses (65.3%), followed by foundations (22%), private donors (9%) and religious orders (3.7%).

The charitable fund has been under scrutiny lately due to the purchase of luxury real estate in London by the Vatican’s Secretariat of State, which cost the institution well over $200 million, most of it from funds derived from Peter’s Pence.

The deal is being examined at  a Vatican trial that sees 10 individuals, including the once powerful Cardinal Angelo Becciu, charged with crimes ranging from money laundering to embezzlement and fraud.

Since the scandal erupted, Francis moved the management of Peter’s Pence from the powerful Secretariat of State to the Administration of the Patrimony of the Apostolic See, known by its Italian acronym, APSA, which is charged with overseeing the Catholic institution’s real estate and investment portfolio. APSA, historically another black box within the Vatican’s financial system, released a financial report for the first time in 2021.

RELATED: The Catholic bishops support gun control. Why don’t we hear more about it?