VATICAN CITY (RNS) — The Synod on Synodality, Pope Francis’ massive consultation of all Catholic dioceses, parishes and organizations on the state of the church, completed its first phase, with Vatican officials receiving reports from countries around the world on their findings.

As the second phase begins, and amid doubts that the results will be representative, the synod’s chief organizer, and even some participants, are encouraging Catholics to trust the process.

“It’s the first time in the history of the church but also for humanity to have such a consultation,” said Sister Nathalie Becquart, undersecretary for the General Secretariat for the Synod at the Vatican. “It’s a huge achievement.”

In the past few weeks, each diocese has reported to its national bishops’ conference, which has synthesized the diocesan findings and sent the results to Rome. More than 98% of the 114 bishops’ conferences around the world have submitted their summaries, according to the Vatican.

Reports have also come from international religious congregations, institutes of consecrated life, Vatican departments and even lay organizations or individuals.

But the reports “are only the tip of the iceberg,” say the organizers, who make it clear that the scope of the synod wasn’t about issuing yet another Vatican document, but to stir new relationships and conversations to promote healing, hope and fraternity.

“I understand that in our society we are focused on numbers, but it’s not just about surveys,” Becquart said. “It’s about experiencing a spiritual conversation rooted in prayer.”

Francis launched his ambitious plan to reform the church’s hierarchy and its decision-making process in 2021, envisioning a church that is more welcoming to the wildly varying worldviews and experiences of its members around the globe.

The Vatican issued guidelines on the theme of the synod, “For a Synodal Church: Communion, Participation and Mission,” in October of last year, and churches and other organizations began the “diocesan phase,” in which laypeople, clergy and religious gathered in their parishes to discuss and reflect on the state of the church.

These reflections were aided by an online questionnaire, titled “The Church Is Listening,” which was shared by social media influencers in seven languages. The questionnaire reached an estimated 20 million people, according to data provided by the synod.

The syntheses that have been made available online so far show that on average between 1% and 10% of baptized Catholics took part in the synodal discussions, depending on where they live. 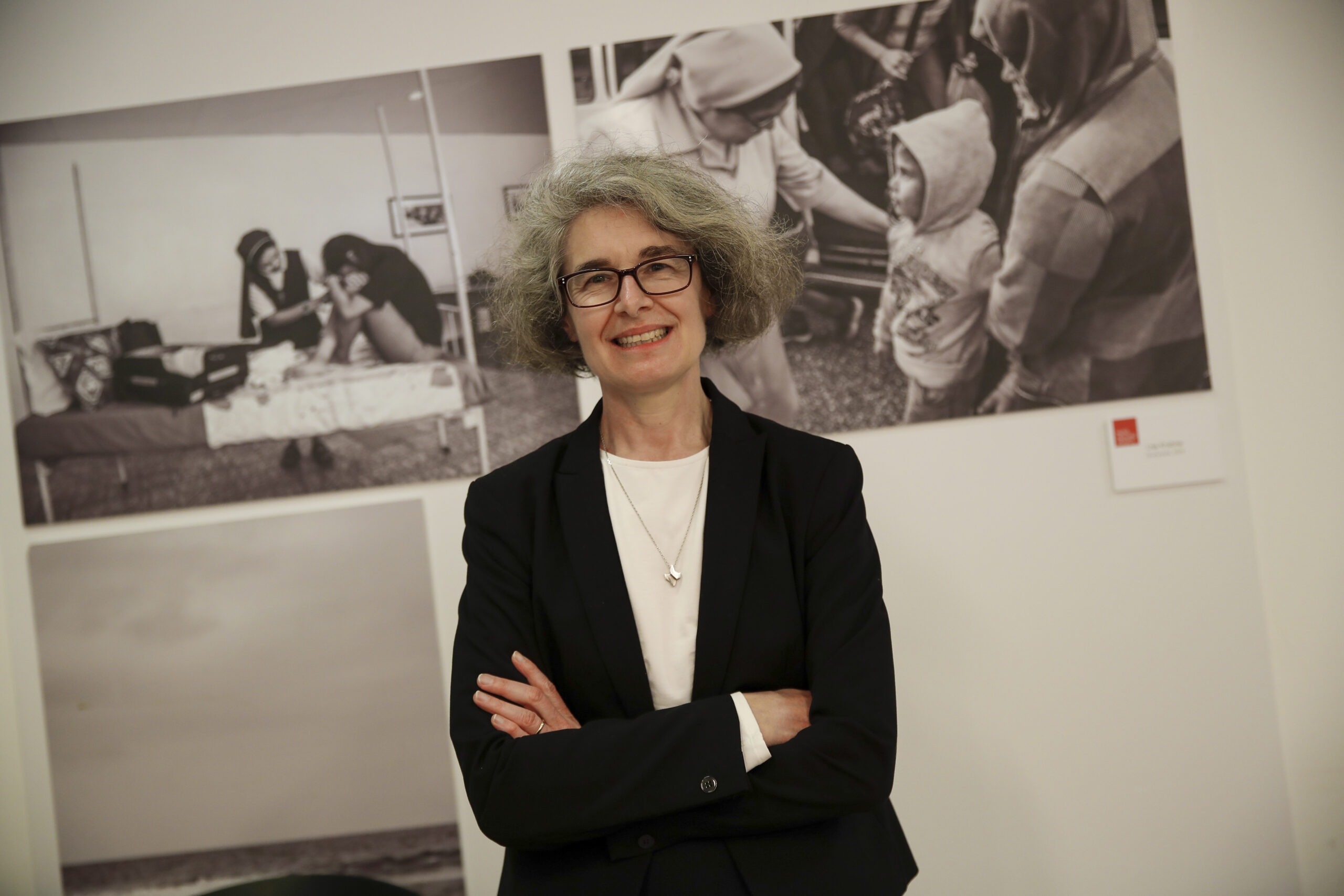 In this Feb. 10, 2021, file photo, Sister Nathalie Becquart poses for a photo during an interview in Rome. (AP Photo/Alessandra Tarantino, file)

The Vatican has taken pains to hear from women, many of whom have called for greater management roles in the church. The official website of the synod included resources provided by the Women’s Ordination Conference, a U.S. organization aimed at promoting female leadership in the church.

Kate McElwee, director of the Women’s Ordination Conference, said she encouraged women to take part in the synodal conversations. “My goal was to really empower women who may not trust the process that ultimately ends up in the hands of men to really raise their voice in this moment,” she told Religion News Service.

McElwee pointed to the large number of requests for further female leadership in the diocesan reports as a sign that the synod has added to what she said is “a very exciting and hopeful time” in the church.

In the small Diocese of Paterson, New Jersey, a half-hour north and west of New York City, the numbers of churchgoers who took part in the synodal discussions were few, according to the Rev. Paul S. Manning, the vicar for evangelization at the diocese. But overall, Manning said, “it was a very positive process for us.”

Diocesan leaders “experienced a conversion” to the value of the synodal process, Manning added, while parishioners were encouraged to think “how they as people of the parish reach out to the unlikely candidate.”

The process wasn’t without hurdles, however. “The announcement of the synod and the request for dioceses to engage in a diocesan process caught us by surprise,” Manning said. “Like most dioceses, I think, we found ourselves scrambling to figure out what to do and how to do it,” he added.

Clergy in the Paterson Diocese wished for more leadership and guidelines from the bishops’ conference, the priest said, but admitted, “Maybe in the long run that was a positive thing, because it required us to really think about how we listen to people at the local level, rather than having somebody at the national level tell us how to do it.”

The conversations gave diocesan leaders insight into the hopes, fears and transformations taking place in the diocese, and the data gathered through the diocese’s online surveys for the synod “could really drive strategic planning for the future,” Manning said.

With the syntheses arriving in Rome, a diverse group of 30 experts in the fields of theology, sociology and psychology will now gather to write the “Document for the Continental Stage,” a document that will summarize all the information and reflections from the bishops’ syntheses.

The group will live together in a house in Rome from Sept. 21 to Oct. 5, drafting the document while hearing firsthand from Vatican organizers about the culture of encounter motivating Francis’ vision for the synod.

Once the document is complete, it will be sent to assemblies of bishops organized into seven groups divided according to their continents. This “continental phase” is scheduled to conclude in March.

The synod office is working with the bishops’ conferences to organize those meetings and make sure representatives from all sectors of the church are included. “It’s meant to deepen the listening, the discernment and dialogue,” Becquart explained.

Once the continental phase is over and the bishops hand in their final documents, the Vatican synodal office will compile an “Instrumentum Laboris,” which will become the main tool for the summit of bishops overseen by the pope at the Vatican in October 2023.

Still, concerns about which voices will be heard in Francis’ effort to listen to the church continue to loom over the process. Conservative critics fear the process will follow in the progressive footprints of the “Synodal Path” in Germany, where bishops have called for radically inclusive integration of women and members of the LGBTQ community.

At a news conference at the Vatican in late August, Cardinal Jean-Claude Hollerich, relator general of the Vatican synod, said that while the Synod on Synodality isn’t promoting any single agenda, he hopes it will bring “a change in attitude” in how LGBTQ faithful are welcomed in the church.

At the same event, Cardinal Mario Grech, the secretary-general of the Synod of Bishops, dismissed questions about special interests hijacking the synodal process. “If the synod will be hijacked by someone, it will be the Holy Spirit,” he said.

UPDATE: A previous version of this story referred to the Vatican document summerizing the bishops’ syntheses as “Instrumentum Laboris” instead of Document for the Continental Stage.