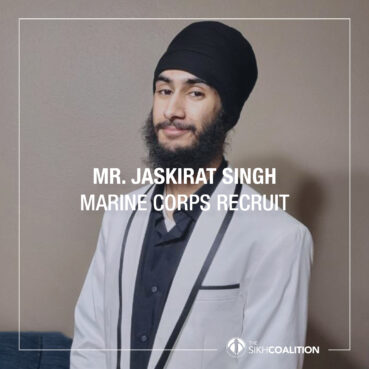 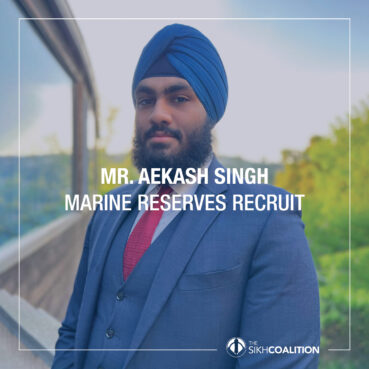 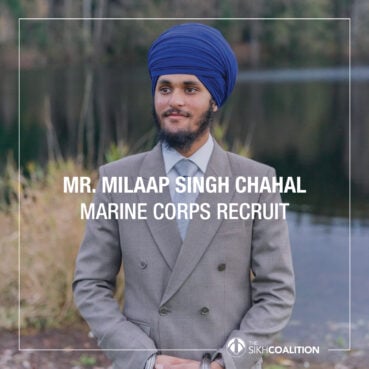 (RNS) — Muslim, Jewish and interfaith groups, as well as U.S. veterans, are rallying behind three prospective Sikh recruits who earlier this year sued the United States Marine Corps in their push to attend training while maintaining their turbans and beards.

Sikhs who serve in the Marine Corps can keep their beards and unshorn hair — which are articles of their faith — under a turban while on duty, according to the service’s grooming regulations, but are forbidden from doing so during combat deployment and in the course of recruit trainings.

Jaskirat Singh, Aekash Singh and Milaap Singh Chahal sued the Marine Corps in April in U.S. District Court for the District of Columbia, claiming the Corps is violating their First Amendment rights to free exercise of religion by refusing to grant them a full religious exemption.

In August, a judge denied a preliminary injunction to allow them to begin basic training without removing their articles of faith, which include what’s known as the “Five K’s”: kesh (unshorn hair), kanga (wooden comb), kara (metal bracelet), kachera (under-shorts) and kirpan (ceremonial knife). All three men requested accommodations for their turbans, beards and karas. One requested accommodations for all articles of faith.

Attorneys for the recruits — who are represented by the Sikh Coalition, Becket Law and other religious liberty groups — filed an appeal in late October, arguing that without a preliminary injunction, the prospective Sikh recruits “will suffer irreparable harm because ‘the loss of First Amendment freedoms, for even minimal periods of time, unquestionably constitutes irreparable injury.’” The Marine Corps’ discrimination has forced the men to “put their lives and careers on hold,” according to the appeal.

“We continue to confidently argue that the USMC is woefully failing to acknowledge the clear and convincing precedent set in other branches of the military that provides overwhelming evidence that Sikhs can serve with their articles of faith intact, including at bootcamp,” the Sikh Coalition said in a statement.

A court date is scheduled Nov. 29.

Attorneys for the recruits have noted that the U.S. Army has a “five-year history of fully accommodating Sikh soldiers,” adding that the U.S. Air Force has been welcoming “Sikhs with their articles of faith for several years now,” according to the lawsuit.

Additionally, they argued in the appeal, Navy regulations state that Sikh sailors who are granted a religious accommodation for the turban “are not required to wear military headgear in addition to their religious head covering if such military headgear would violate their sincerely held religious beliefs.”

For their part, attorneys for the Marine Corps have argued that part of what makes Marine training so demanding and effective is its “strict uniformity” in recruit training, the Marine Corps Times reported. The Corps has maintained that it would also “pose a safety risk in any ‘combat zone,’” according to the lawsuit.

Attorneys for the potential recruits, however, argue that the Marine Corps has not provided evidence showing unshorn beards and hair pose a threat to national security, “while allowing thousands of other recruits to have medical beards, visible tattoos, and diverse hair lengths and styles will not,” according to the appeal. The Marine Corps allows medical exemptions
for beards as well as full-sleeve tattoos. 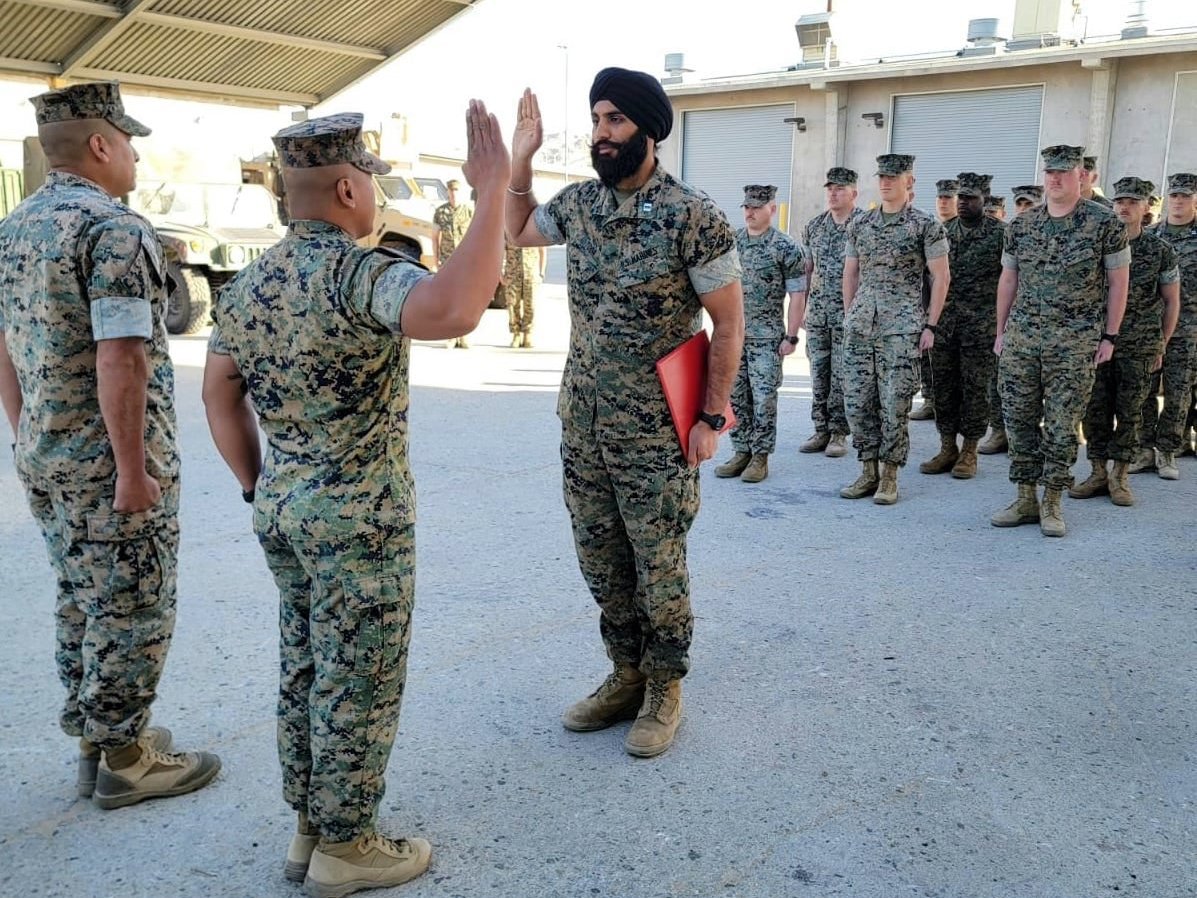 “An adverse decision in this case would further limit the opportunities for religious persons to participate freely and equally in the U.S. military,” according to a brief filed by the Jewish Coalition for Religious Liberty, the Anti-Defamation League and the Interfaith Alliance.

Other U.S. military officials filed a brief in support of the prospective recruits, including Eric Fanning, secretary of the Army during the Obama administration; Jeffrey Kendall,  who served for 31 years in the Air Force; and Mark Hertling and Patrick Huston, who served more than 30 years each in the Army.

“Every other branch of the military has offered Sikhs religious accommodations, resulting in a track record of remarkable success, not disaster,” the veterans wrote. “The government’s claims of disruption defy credulity.”

“Requiring a recruit to violate the tenets of his faith as a condition of participating in recruit training undermines recruits from within, withdrawing an important source of resilience when soldiers need it most,” they wrote. “And telling adherents of one faith — but not others — that they cannot obtain comparable religious accommodations is no way to foster diversity or recruit a highly skilled fighting force.”

Said the Muslim Affairs Council and the American Islamic Congress: “Forcing religious minorities to make the impossible choice between duty to their country and duty to their God causes immense — and irreparable — harm.”