(RNS) — Across the country, United Methodist churches are voting to leave the denomination by following an exit plan approved by its leaders more than three years ago.

But in Florida and North Carolina, some churches have decided to sue United Methodist regional bodies, called conferences, in state courts as they seek independence from a denomination they view as having strayed from its theological moorings on issues related to human sexuality.

Last month, 38 churches in the Western North Carolina Conference of the United Methodist Church sued in the state’s Superior Court, demanding they be allowed to disaffiliate from the denomination. Among them is Good Shepherd Church, one of the largest United Methodist congregations in Charlotte.

Earlier this year, 100 churches in the Florida Annual Conference also sued to be allowed to leave the denomination immediately.

The suits are coordinated by the National Center for Life and Liberty, a legal ministry with offices in California, Florida and North Carolina. Lead counsel David Gibbs III said he is in talks in 42 of the 54 United Methodist conferences in the United States.

“The conferences have taken the approach of bullying and beating on these churches on their way out the door and the churches are not willing to do that,” Gibbs said.

Legal action — or the threat of legal action — represents a new strategy on behalf of churches that want to leave the 6.4 million-member United Methodist Church. The denomination is undergoing a wholesale splinter after decades of rancorous debate over the ordination and marriage of LGBTQ members.

The denomination allows churches to leave through the end of 2023. The exit plan allows them to take their properties with them after paying two years of apportionments and pension liabilities.

But the two lawsuits already filed suggest those financial obligations are a form of ransom and the conferences should make it easier for dissenting congregations to walk away, especially smaller churches that can’t afford to pay their obligations.

“We’re talking about a business separation where one side is financially abusing or financially raping the other side in violation of their conscience and fair right,” said Gibbs.

Many conferences are moving quickly to allow departing churches to leave. The North Carolina Conference of the United Methodist Church, which covers the eastern half of the state, ratified the departure of 249 of the conference’s 779 churches, or about 32% of its congregations, at a special meeting last month. The Western North Carolina Conference has approved the disaffiliation of 41 churches. Sixteen more churches have voted to begin the process working with the conference. 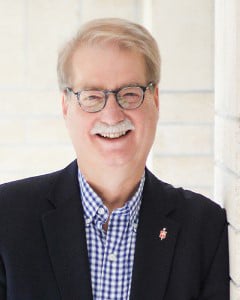 In a letter to United Methodists in the Western North Carolina Conference, Bishop Ken Carter said he hoped to provide support and love to churches that want out.

“We ask that, despite their haste, any groups seeking to break away uphold the obligations of and responsibilities of churches seeking ‘disaffiliation’ which were established by the General Conference in 2019, and that they not cause pain, damage, or disparage other United Methodist churches, other members in their churches, other pastors, or the Conference,” Carter wrote.

Carter, who is also the bishop of the Florida United Methodist Conference, said in a letter dated Monday (Dec. 5) that some of the 100-plus churches that had sued in court have reconsidered and no longer want to be part of the suit. “They have notified us that they wish to pursue the previously established process of disaffiliation,” Carter said. He did not specify how many churches have reconsidered.

In the Florida conference, 14 churches have formally disaffiliated, six are in process of doing so and another six are voting on whether to leave this month.