(The Conversation) — It isn’t often that theology makes headlines. But for the past 50 years, a way of thinking about God and poverty has been doing just that: liberation theology.

Liberation theology’s approach to living out Christian faith has been both globally influential and bitterly controversial. It has been investigated by the CIA on suspicion of promoting social unrest and inquisitioned by a former pope who accused it of getting too close to Marxist thought. It’s even inspired conspiracy theories. Critics have dismissed it as naive – but also called it a threat to free market capitalism.

Fifty years have passed since the landmark publication of the book most associated with liberation theology: “A Theology of Liberation,” by a Peruvian priest named Gustavo Gutiérrez. Gutiérrez. whose most recent manuscript I’m helping to edit, published the book in Spanish in 1971, and then in English in 1973. With its emphasis on the liberation of oppressed people, especially the poor, this book helped reconfigure many Catholics’ ways of thinking about the relationship between faith and justice.

As a theologian who grew up during the civil war in El Salvador, I emphasize to my university students that it is impossible to grasp the beating heart of this theology without paying attention to the poverty and legacies of colonialism in Latin America.

Since colonization, the wealthy few have owned most of the land in Latin America, rendering the majority poor and landless. By the mid-20th century, Christians involved in social and political movements for greater justice in the region were asking what, if anything, their faith had to do with these struggles.

In 1968, Roman Catholic bishops and theologians gathered for a meeting in Medellin, Colombia, to assess the state of the church in the continent. The bishops wrote that “a deafening cry pours from the throats of millions of persons, asking their pastors for a liberation that reaches them from nowhere else.”

The “inhuman wretchedness” of poverty, they argued, was the result of systematic injustice that structured the profound inequality of Latin American society. They called this “institutionalized violence” – similar to what the famed sociologist Johan Galtung would term “structural violence” a year later.

When Gutiérrez’s text was published a few years later, it responded more fully to these questions about the relationship between faith and justice. Today, the book has been translated into 14 languages – most recently to Arabic. 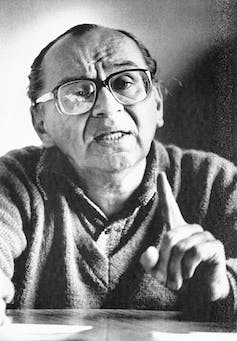 Gustavo Gutierrez during an interview in 1984.
Bettmann via Getty Images

One dimension of liberation theology has to do with analyzing the sources of social inequality. Its approach treats poverty as a complex phenomenon that cannot be reduced to economics, or separated from politics, because it intersects with other forms of oppression, such as sexism and racism. Poverty, Gutiérrez and other theologians have argued, is an evil – something they believe God does not want – for it can bring suffering and early death. In this view, poverty is not a natural condition; it is a violence that some communities inflict upon others.

The key principle of liberation theology is “the preferential option for the poor.” This is a commitment to prioritize the material needs of the poor, as well as their knowledge, experience and spirituality. This principle is grounded in the conviction that God is not neutral, but is always on the side of those who most struggle to live.

To advocates of liberation theology, embracing the “preferential option for the poor” means struggling alongside people whose societies consider insignificant, and sharing their life and death. Oscar Romero, archbishop of San Salvador in the late 1970s, is often admired as an example of a Catholic leader living out liberation theology. “All those who draw close to suffering flesh have God close at hand,” he said in one homily.

In one of his last homilies, he asked soldiers to stop the killing – just a day before being assassinated by military agents in March 1980.

Romero was canonized in 2018 by Pope Francis, who has said that prioritizing the poor is “the key criterion of Christian authenticity.” 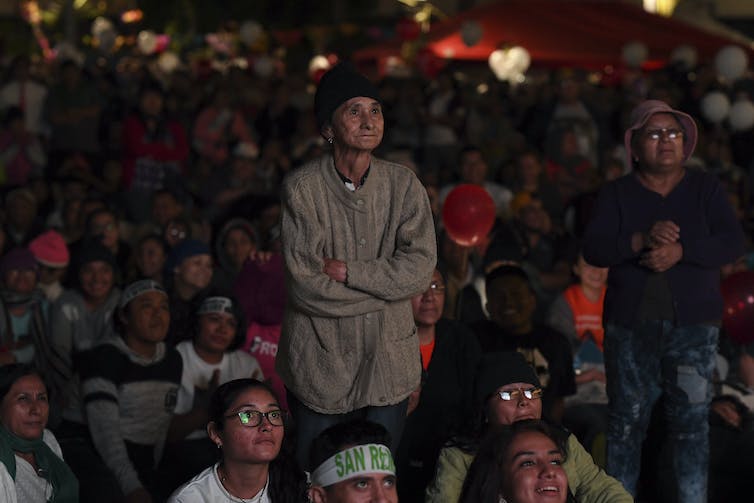 Salvadorans stay up all night to watch live TV from the Vatican, where martyred Archbishop Oscar Romero was declared a saint, on Oct. 14, 2018.
AP Photo/Salvador Melendez

Controversial then – and now

One of the most persistent critiques against liberation theology is that it gives rise to revolutionary violence and that, since it is influenced by Marxist analysis, it believes violent class conflict is inevitable. Most strands of liberation theology condemn violence, although they draw a distinction between the institutionalized violence of inequality and violence against injustice itself.

A different kind of critique argues that liberation theology is too political – that it reduces salvation to human action, not God’s actions. In this view, liberation “theology” is more of a secular philosophy, or leftist social commentary. Some of these critiques shaped how the Vatican initially responded to liberation theology. Pope Francis has been more favorable toward it, telling theologians, for example, “Do not settle for a desktop theology,” but to focus on real people and real life. 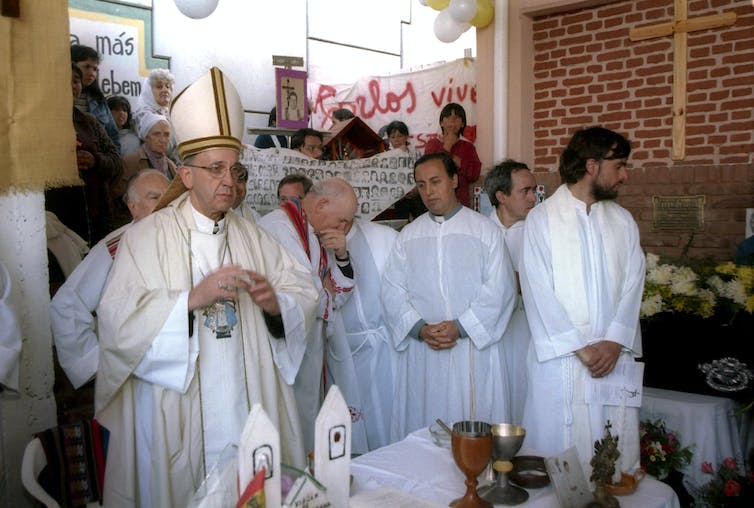 In this 2000 photo, Pope Francis, then the archbishop of Argentina, gives a mass in honor of slain priest Carlos Mugica, whose ministry was influenced by liberation theology.
AP Photo

Liberation theology will likely always have its critics, but its supporters continue to build on the legacy of the past 50 years wherever they see poverty, injustice and oppression.

(Leo Guardado, Assistant Professor of Theology, Fordham University. The views expressed in this commentary do not necessarily reflect those of Religion News Service.)