(RNS) — The farm labor history of California has often been told through the plight of agricultural laborers during the Depression era and the efforts, beginning in the early 1960s, of the United Farm Workers to improve working conditions of Mexicans in the fields.

But to Lloyd Barba, a professor of religion at Amherst College, this history isn’t complete without factoring in religion, particularly the stories of California’s Mexican farmworkers who embraced Pentecostalism, a Christian movement generally seen at the time as a “distasteful new sect” with “cultish and fanatical tendencies.”

“I think about how often Latino history is told as labor history, and that makes sense … but where are the laborers going?” Barba said. “If we’re going to get a more balanced and accurate Latino history, we have to look at Latino religious life.”

In his recently released book, “Sowing the Sacred: Mexican Pentecostal Farmworkers in California,” Barba writes about the Mexican and Mexican American Pentecostal agricultural workers who built houses of worship in the state’s agricultural towns, who turned to “divine healing” for injuries they sustained working in the fields and whose worship style inspired civil rights leader Cesar Chavez to incorporate music and singing in his union organizing. 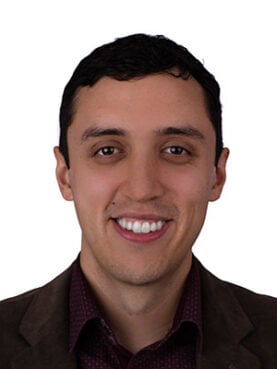 Barba also writes about the role of women in these church spaces “who were the foundation of the church,” despite not given ministerial credentials to become preachers. They raised money for the building of churches by selling food and made the worship spaces look holy through their handmade goods, such as doilies and fabric embroidered with biblical phrases, Barba said.

“To do a material history of this Mexican Pentecostal movement is to do women’s history,” Barba told Religion News Service.

The book traces the development of Pentecostalism among migrant laborers between 1916 and 1966, before the heyday of the National Farm Workers Association, which later became the United Farm Workers. Barba felt it important to “describe a moment where the exploitation of Mexican workers is at its worst.”

Barba, in his book, recounts how “divine healing” was seen as a pragmatic way to care for impoverished workers who lacked regular access to medical care. For laborers working in tough conditions, it was about “hard work and fervent worship … work by day and worship by night,” Barba said.

“People are getting hurt. People are contracting tuberculosis. People are seeking out healing when there’s not a health care system in place to provide those kinds of services,” Barba said. “Whether we’re talking physical healing, or what we now refer to as mental health and counseling, these are spaces that offered respite in an otherwise punishing world.”

Worship services “would call for people who were sick to come up and to be healed,” Barba said. There was a “spectacle” side to it, he added, “in that it was a very public kind of ritual.”

In the book, Barba cites a flier distributed by La Iglesia Apostólica Cristiania del Pentecostés that invited residents in the Imperial County city of Calexico to revival services held “under the direction of the Holy Spirit.” These services were outdoor and presided by a Mexican orator and pastor who lived in Los Angeles. “All are invited. Bring your sick and God will bless them,” the flier declared. 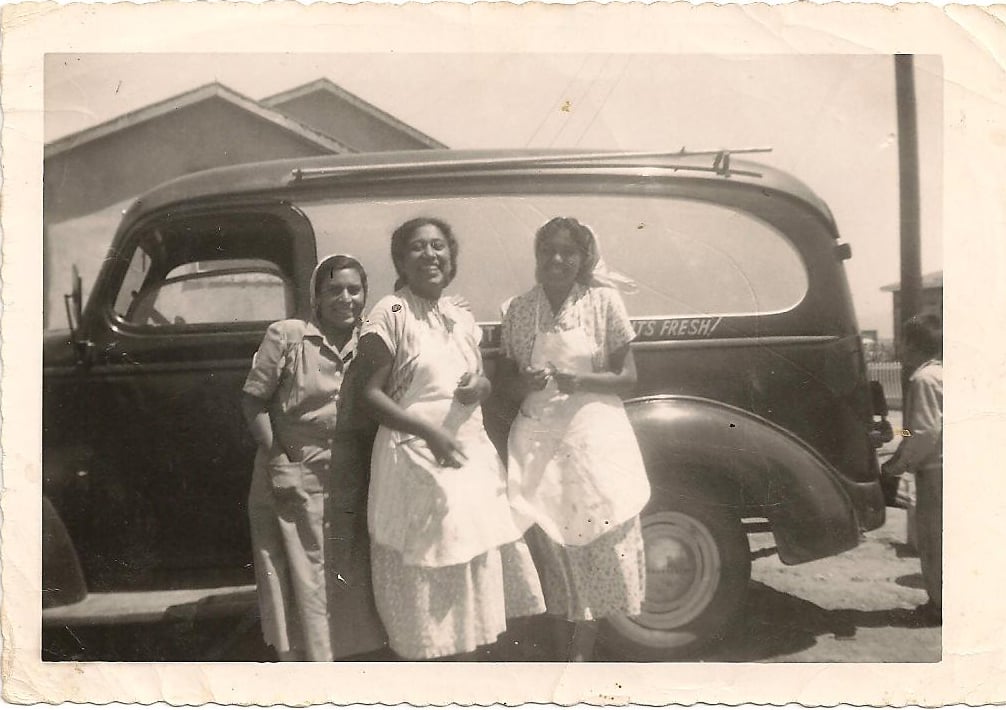 Women and the Tamales Delivery Truck. Apostólico congregations transformed the tamales fundraiser into local cottage industries, complete with a streamlined production and clientele bases. In this 1940s photograph from Salinas, tamaleras pose proudly next to an early 1940s Chevrolet Carryall, which they customized and later came to know affectionately as the “tamales truck.” Photograph courtesy of Milca Montañez-Vizcarra

The “vibrancy” of this sacred music inspired Chavez to later incorporate it into his organizational tactics. Barba wrote of the working relationship between Chavez — who at the time served with the Community Service Organization — and the Rev. Mariano Marín — a Pentecostal preacher and pastor — who led his immigrant congregation in the midst of Operation Wetback, which resulted in a mass deportation of Mexican nationals.

Through this partnership, Chavez witnessed Marín leading worship services out of a house in the San Joaquin Valley town of Madera and noticed a contrast between “the sonic and material world of Pentecostal and Catholic music,” Barba wrote.

Chavez recalled in his 1975 autobiography visiting a little church in Madera of a dozen men and women, describing “more spirit there than when I went to mass where there were two hundred. 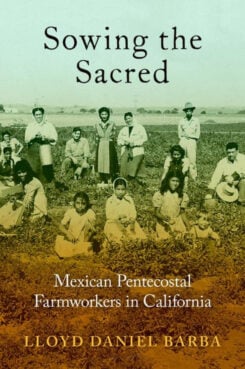 “These people were really committed in their beliefs and this made them sing and clap and participate. I liked that,” he wrote. “I think that’s where I got the idea of singing at the meetings. That was one of the first things we did when I started the Union. And it was hard for me because I couldn’t carry a tune.”

For Barba, who hails from Stockton in the Central Valley, it’s noteworthy that this religious movement grew in rural agricultural areas.

He sees the influence of those early immigrant houses of worship today in the Spanish-language church signs across California’s Central Valley. A church that used to be “First Baptist Church” in many cities in the Central Valley may now be “Iglesia Bautista,” Barba said, adding that he also knows of church services in Mixtec among Indigenous Mexicans arriving in the area.

“Because of a large — first Mexican but more so now Central American — influx into the agricultural fields in California, you can note a very visible transformation of the religious demography,” Barba said.