Kim Lawton is an author at Religion News Service.

All Stories by Kim Lawton 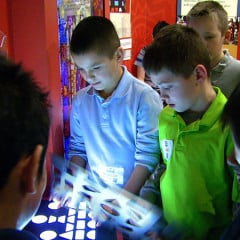 Teaching about religion in a children’s museum

By Kim Lawton — February 12, 2016
(RNS) “We knew when we started planning this not many places are willing to even tackle a conversation about religion, and so it would be challenging,” says the museum’s director of collections. 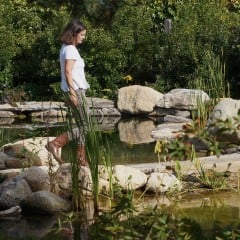 Geraldine Brooks’ ‘The Secret Chord’ tells the story of David

By Kim Lawton — October 16, 2015
MARTHA’S VINEYARD, Mass. (RNS) Geraldine Brooks told the PBS television program “Religion & Ethics NewsWeekly" that she returns to religious themes because she is drawn to the human quest for meaning. 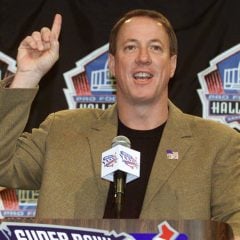 By Kim Lawton — April 7, 2015
BUFFALO, N.Y. -- Jim Kelly's famous gridiron grit was tested by his son's terminal illness, marital problems and his own health woes. Then he and his wife found faith. 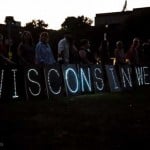 Sikhs hopeful on anniversary of shooting

By Kim Lawton — August 1, 2013
(RNS) Many Sikhs say the Oak Creek tragedy one year ago drew them closer to their faith, and especially to the teaching that they must maintain a spirit of "chardi kala," of optimism and hope. 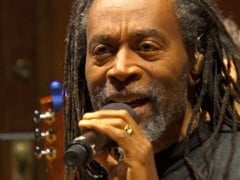 Bobby McFerrin: Praying as he sings By Kim Lawton — May 1, 2013
BIRMINGHAM, Ala. (RNS) In May 1963, thousands of Birmingham school children faced police dogs, fire hoses and possible arrest to demonstrate against segregation. Now, 50 years later, those who were part of what became known as "the Children’s March'' say they don’t want their story to be forgotten. 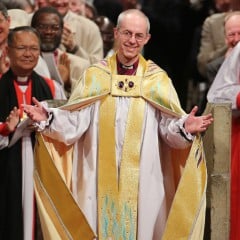 By Kim Lawton — March 22, 2013
COVENTRY, England (RNS) The new archbishop of Canterbury, Justin Welby, says "reconciliation" across the bitterly divided Anglican Communion will be his top priority, but not a "fuzzy wuzzy tolerance" where everyone gets along for the sake of being nice. 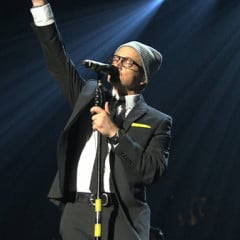 By Kim Lawton — February 8, 2013
ATLANTA (RNS) Many experts say thanks to artists like TobyMac, the contemporary Christian music industry is experiencing a revival, with strong sales, record-breaking tours, and new success in the mainstream charts. 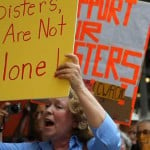 Legacy of Vatican II at heart of dispute between Vatican, U.S. nuns

AMITYVILLE, N.Y. (RNS) Some critics say many Catholic sisters have been using the Second Vatican Council to justify positions and activities that are in conflict with official church teachings, but some nuns say they are living by Vatican II's call to get out of the convent and into the community. By Kim Lawton of Religion & Ethics NewsWeekly. NEW YORK (RNS) The Dalai Lama has given Nicholas Vreeland, director of The Tibet Center in New York, a daunting new assignment. On July 6, Vreeland will be enthroned as the new abbot of Rato Monastery in Southern India, one of the most important monasteries in Tibetan Buddhism. He will be the first Westerner to hold such a position. By Kim Lawton. 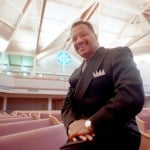 NEW ORLEANS (RNS) The New Orleans pastor who's poised to become the Southern Baptist Convention's first black president says the denomination shouldn't be defined by its racial history, even as he has concerns about how President Obama has been treated, and the ongoing Trayvon Martin case. By Kim Lawton.

By Kim Lawton — January 13, 2011
MONTGOMERY, Ala. (RNS) The social revolution led by the Rev. Martin Luther King Jr. was forged in and grew out of the black church. But from the earliest days of the movement, there were also white foot soldiers. King initially came to national prominence leading the bus boycott in Montgomery, where he was serving his […]

By Kim Lawton — December 20, 2008
c. 2008 Religion & Ethics NewsWeekly(UNDATED)`Tis the season of Christmas and Santa Claus, it seems, is everywhere. Children anxiously await his gift-bearing arrival, but some Christians are worried that most of those children _ and their parents _ don’t know who “jolly old Saint Nicholas” really was.“St. Nicholas was a real person. Not a fairy, […] 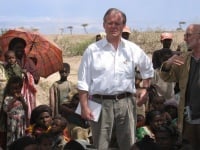 By Kim Lawton — June 5, 2008
c. 2008 Religion & Ethics NewsWeekly WASHINGTON _ As world leaders continue wrestling over what to do about the spiraling global food crisis, the former U.S. ambassador for humanitarian issues says he worries that Americans “have not yet developed the political and spiritual will” to adequately tackle the situation. “I think the ethical issue is, […]

By Kim Lawton — February 22, 2008
c. 2008 Religion & Ethics NewsWeekly LOS ANGELES _ At the Academy Awards this weekend (February 24), the nominees for Best Picture portray some complex moral dilemmas: A pregnant teen figuring out what to do; a lawyer in an ethical crisis; a Western saga overwhelmed by evil; a romance doomed by lies; a clash between […]
Page 1 of 6
Page 2 →

Beliefs
Teaching about religion in a children’s museum

Religion Hub
Iraq Shiite cleric behind parliament sit-in steps up demands
News
ELCA apologizes to Latino congregation whose pastor was removed on sacred day
Flunking Sainthood
How Mormons are addressing sex abuse: Too little, too late
News
Preserving stories of Hindu, Muslim and Sikh relationships through India’s partition
News
Teaching teachers about the Holocaust and its lessons for democracy today