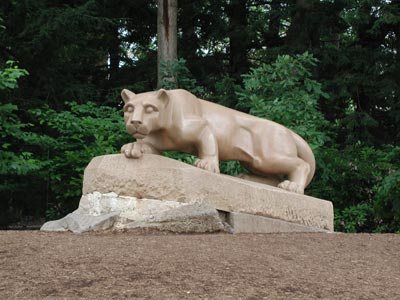 Imagine an alternate universe where the Catholic Church behaved the way the trustees of the Pennsylvania State University have when confronted with evidence of the cover-up of sexual abuse of minors by the leadership of one of its important institutions.

Let's call that institution the archdiocese of Boston, headed by one Cardinal Bernard Law. And let's say a newspaper, the Boston Globe, published an investigative series showing a disgraceful pattern of covering up sexual abuse of minors by a large array of priests.

Faced with the evidence, what does the Vatican do? It turns to a distinguished law enforcement official–say, a former head of the FBI–to conduct an independent investigation. The result? To paraphrase yesterday's report on the Penn State affair:

The most saddening finding by the Special Investigative Counsel is the total and consistent disregard by the most senior members of the archdiocese for the safety and welfare of the child victims.

Not only are the perpetrators of abuse indicted and convicted, but so are the masters of the cover-up. Cardinal Law and his immediate subordinates land in prison.

The pain and humiliation are great, not only for the perpetrators but for the many who held the now disgraced officials in the highest regard. But the larger institution, the institution that is far greater than the sum of the sinful individuals in charge of it at any given time, comes out with its moral credibility restored. It has confronted its own failings, and insisted that justice take its course. It weathers the storm.

Of course, we do not live in that alternative universe. We live in the one where Penn State behaves a lot better than the Catholic Church.