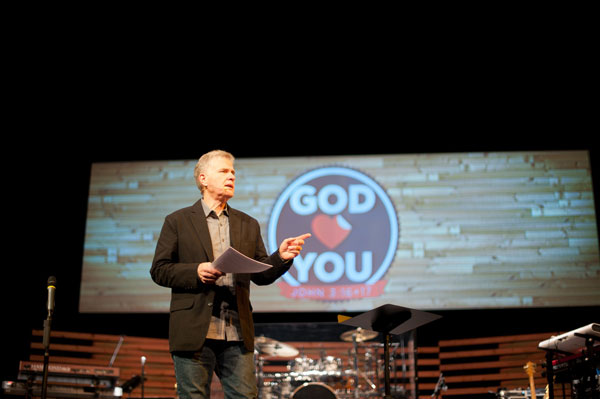 LOS ANGELES (RNS) In a matter of days, some 1,400 American pastors are planning to break the law.

And they’re likely to get away with it.

As part of “Pulpit Freedom Sunday,” on Oct. 7, religious leaders across the country will endorse political candidates -- an act that flies in the face of Internal Revenue Service rules about what tax-exempt organizations, such as churches, can and cannot do.

The IRS says tax-exempt organizations, or what they refer to as a 501(c)(3), are prohibited from participating in partisan campaigning for or against political candidates. Yet, despite what’s in the rules, the agency continues to struggle to do anything about those who defy the law.

Though the regulation has been in place since 1954, in 2009, the U.S. District Court of Minnesota ruled the IRS no longer had the appropriate staff to investigate places of worship after a reorganization changed who in the agency had the authority to launch investigations.

New procedures for conducting church audits have been pending since 2009, which has left the IRS virtually impotent in conducting any kind of new investigations. The IRS did not respond to questions seeking comment.

Despite the lack of manpower, organizations such as Alliance Defending Freedom, a Christian legal ministry that first launched “Pulpit Freedom Sunday” in 2008, say they take the IRS restriction seriously -- even as they disagree with it.

“Every pastor and every church has the right to decide what their pastor preaches from the pulpit and to not have that dictated to them by the IRS,” said Erik Stanley, senior legal counsel for the Arizona-based Alliance Defending Freedom, formerly the Alliance Defense Fund. 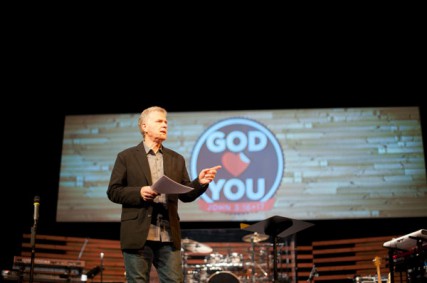 Jim Garlow, senior pastor at Skyline Wesleyan Church in La Mesa, Calif., says the prohibition has caused religious leaders to shy away from speaking about what they see as theological truth, such as the belief that homosexuality is biblically unacceptable.

Jim Garlow, senior pastor at Skyline Wesleyan Church in La Mesa, Calif., says the prohibition has caused religious leaders to shy away from speaking about what they see as theological truth, such as the belief that homosexuality is biblically unacceptable.

“The line is being slid so fast, so far, that people no longer recognize authentic biblical preaching and they’re calling it political,” he said.

But the Rev. Susan Russell, an associate pastor at  All Saints Episcopal Church in Pasadena, Calif., which the IRS investigated several years ago over a 2004 antiwar sermon it claimed was illegal, said churches should dedicate themselves to being robustly political without being partisan.

All Saints, for example, has always taken a stance on social justice issues such as war or the death penalty, but they do so, Russell said, without endorsing specific candidates.

Russell, a gay rights activist, said pastors who participate in “Pulpit Freedom Sunday” may claim the movement is about freedom of religion and freedom of speech, but it’s really an excuse to “jam theocracy down throats.”

In response, the IRS has taken action in recent years, albeit sporadically. In 1995, it revoked the tax-exempt status of the Church at Pierce Creek in New York, which had bought full-page newspaper ads opposing then-Democratic presidential nominee Bill Clinton.

In 2004, the IRS created the Political Activities Compliance Initiative, which investigated dozens of churches during the 2004, 2006 and 2008 election cycles.

According to recent surveys, most of the public -- and even most clergy -- agrees that churches are not the place for politics.

A survey conducted last summer by the Pew Research Center found that two in three Americans said churches and other houses of worship should not endorse one candidate over another; 27 percent said they should.

And nearly 90 percent of Protestant pastors believe they should not endorse candidates for public office from the pulpit, according to a recent survey conducted by Southern Baptist-affiliated LifeWay Research.

Nina Crimm and Laurence Winer, authors of the 2011 book “Politics, Taxes, and the Pulpit,” say most clergy don't know where the rule came from in the first place..

Lyndon B. Johnson, who was running for a U.S. Senate seat in Texas in 1954, introduced the rule as an attempt to silence nonprofit groups who opposed him; churches had nothing to do with it, but were caught up with other tax-exempt groups.

”It was pure political opportunism on behalf of Johnson,” points out Winer.

One solution, Crimm and Winer say, is to make a slight accommodation to the existing rule, so that pastors are free to communicate any political idea internally with congregants but prohibited from broadcasting that message publicly, say on television.

For now, pastors participating in “Pulpit Freedom Sunday,” some of whom will be sending their taped sermons to the IRS, know they are unlikely to get what they want: a reaction from the agency that leads to a lawsuit and a court ruling that the restriction is unconstitutional.

Either way, Stanley, of the Alliance Defending Freedom, says his side will win. Even if there is no lawsuit, the message is clear.

“There should be a separation between church and state,” he said. “The government does not control what happens inside a church.”