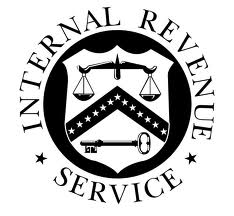 Earlier this month, the AP's Rachel Zoll reported that Russell Renwicks, a manager in the IRS Mid-Atlantic region, had recently said that the agency “had suspended audits of churches suspected of breaching federal restrictions on political activity.” Oh no, claimed IRS spokesman Dean Patterson. Renwicks had “misspoke.”

But Patterson could provide no evidence of any IRS effort to audit churches engaged in political activity, and no one in the church-state business has heard of any. Back in 2009, a judge order the IRS to identify an official who would have responsibility for such audits, and somehow the agency hasn't gotten around to doing it.

Comes now the Freedom from Religion Foundation with a lawsuit against the IRS demanding that it do its job. It will be interesting to see how the Department of Justice chooses to defend it.

For the IRS is behaving pretty much the way DOJ has with respect to the Obama version of President Bush's faith-based initiative. The most contentious issue was whether fairth-based organizations receiving government funds to do social service provision could discriminate on religious grounds when hiring people to do the jobs. The Bush Administration said OK. The Obama Administration dropped the subject into a black hole at DOJ, and so the Bush rule continues to apply.

Over at Religion Dispatches, Emory political science professor Michael Lee Owens has a good piece laying out the pros and cons of the congressional ban on church politicking, and even proposing a modest solution. This is a good conversation to have.

Conservatives have charged the Administration with waging a war on religion. It's more accurate to say that when it comes to public policy, it prefers to look the other way.

Law & Court
Atheists in the Public Square
Culture
I heart the Menorahment
Law & Court
End culture war, World Vision head tells Christians
Government & Politics
Romney’s religious coalition should spook the GOP even more than I thought
Government & Politics
Is the GOP evolving?
© Copyright 2020, Religion News Service. All rights reserved. Use of and/or registration on any portion of this site constitutes acceptance of our User Agreement and Privacy Policy, Privacy Statement and Cookie Notice. The material on this site may not be reproduced, distributed, transmitted, cached or otherwise used, except with the prior written permission of Religion News Service.