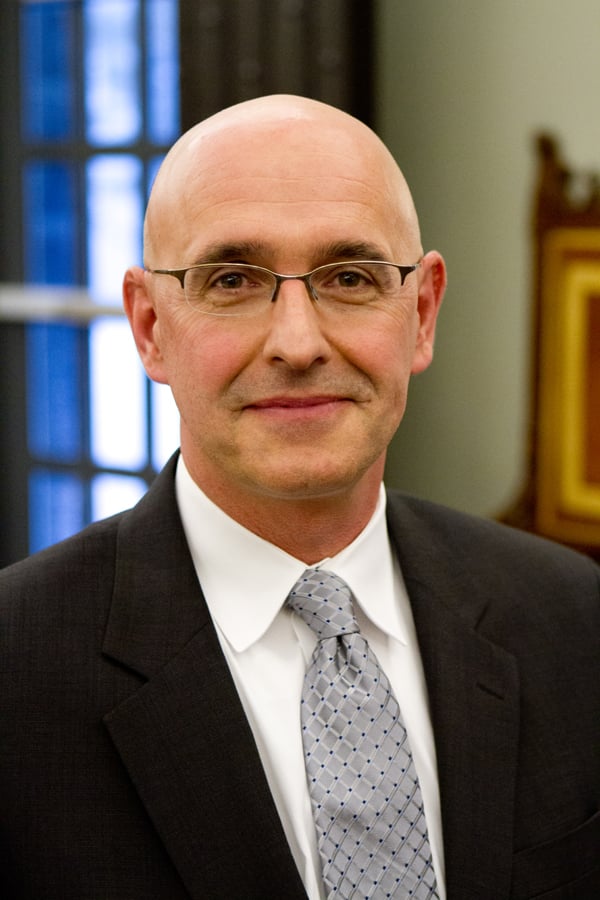 WENHAM, MA—Dr. Paul J. Maurer has been appointed Senior Vice President for External Relations at Gordon College, effective April 1. Maurer has a wealth of experience in Christian higher education and enormous talent in fundraising and external relations. He will provide leadership for Gordon’s development team as it continues to grow philanthropic support. He will manage vital relationships with a top tier of major donors and friends of the College and expand Gordon’s presence in government relations both regionally and nationally.

“I do not believe there is another leader in Christian higher education as well suited to lead Gordon’s advancement efforts as Paul Maurer, says President D. Michael Lindsay. "He is a man of great integrity, boundless energy, and tremendous leadership, which are precisely what we need to advance the work of Gordon in the years ahead.”

Maurer’s credentials include serving as director of the capital campaign at Westmont College and as senior vice president for institutional advancement at Trinity International University while also serving as president of the Trinity International Foundation. In both roles, Maurer led capital campaigns that significantly exceeded the most successful previous campaigns at those institutions—by a factor of five at Trinity and a factor of four at Westmont. “I am absolutely delighted to join the team at Gordon, an institution I have long regarded and consider among the finest liberal arts colleges anywhere," Maurer said. "This is an exciting time at Gordon, which has a very bright future. I look forward to contributing to its forward progress.”

From 2009 until 2012 Maurer served as the 11th president for Sterling College. Under his leadership, Sterling experienced the three largest enrollments in the school’s 124-year history and received its strongest accreditation review in over 40 years. Over the current academic year, Maurer served as Interim Vice President and Dean at Tabor College for the School of Adult and Graduate Studies while consulting for nonprofit organizations.

Maurer has a B.A. from the University of Cincinnati where he also served as co-captain of the Men's Division 1 Soccer Team. Maurer began his professional career working with the National Coalition for the Protection of Children and Families, where he was promoted in a series of roles of increasing responsibility from 1987 until 1999. Maurer earned a Ph.D. in political science from Claremont Graduate University, where he was an H. B. Earhart Fellow and a John M. Olin Fellow. Maurer also has a master of divinity degree from Gordon-Conwell Theological Seminary.

A political scientist with particular expertise on the moral and religious rhetoric of American presidents, Maurer will hold faculty status at Gordon College in addition to his role as Senior Vice President for External Relations. “Paul Maurer has the rare ability to connect a university’s academic mission with the vital business of making it sustainable and achievable through philanthropy," said Stan Gaede, president of the Christian College Consortium (CCC) and scholar-in-residence at Gordon College. Gaede, who, like Maurer, is also a former college president now contributing to the academic vibrancy of a Gordon College education, worked with Maurer when the two were both at Westmont. "We are delighted he is coming to Gordon.”

For additional information, contact Richard Sweeney, vice president for marketing and strategic communications, at [email protected] or 978.867.4235 in the Office of College Communications.

Gordon College is one of the nation's premier Christian colleges and located just north of Boston. We offer students extraordinary access to leading-edge opportunities for intellectual, professional, and leadership development to address the increasingly complex challenges of a global society. Gordon stands apart from other outstanding institutions in New England by combining an exceptional education with an informed Christian faith.