CANTERBURY, England (RNS) The number of people attending Sunday services at Britain’s Anglican churches is continuing to drop, but church officials say there are signs that the decline is starting to stabilize. 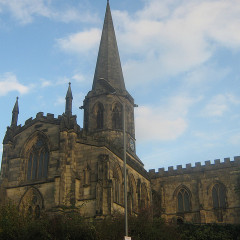 A spokesperson for the Church of England said Tuesday (May 7) that average weekly attendance at the nation’s 16,247 Anglican parishes was 1.1 million in 2011, representing a drop of just 0.3 percent from the previous year’s figures.

The annual statistics reveal a substantial increase in attendance at the country’s storied cathedrals: Christmas churchgoing rose by 14 percent, christenings were up 4.3 percent and adult baptisms were up 5 percent. The number of weddings was down 3.6 percent, to 51,880.

The 1.1 million Britons in church pales in comparison to the estimated 22 million — about four in 10 Britons — who are considered official members of the Church of England.

“The attendance figures are heartening,” said Bishop of Norwich Graham James. “The encouraging news of further growth to come even on these high figures is very welcome and points to a growing trend.” 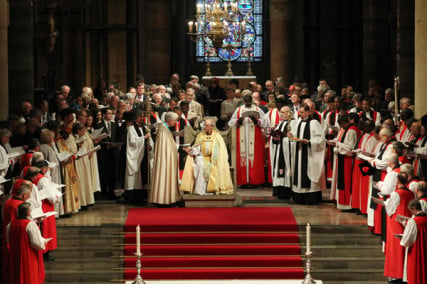 One worrying statistic: attendance in the Diocese of Canterbury — home to the spiritual leader of the world’s 77 million Anglicans, Archbishop Justin Welby — saw the biggest drop in average weekly figures. The diocese had a 9.5 percent drop in weekly church service attendance between 2010 and 2011.